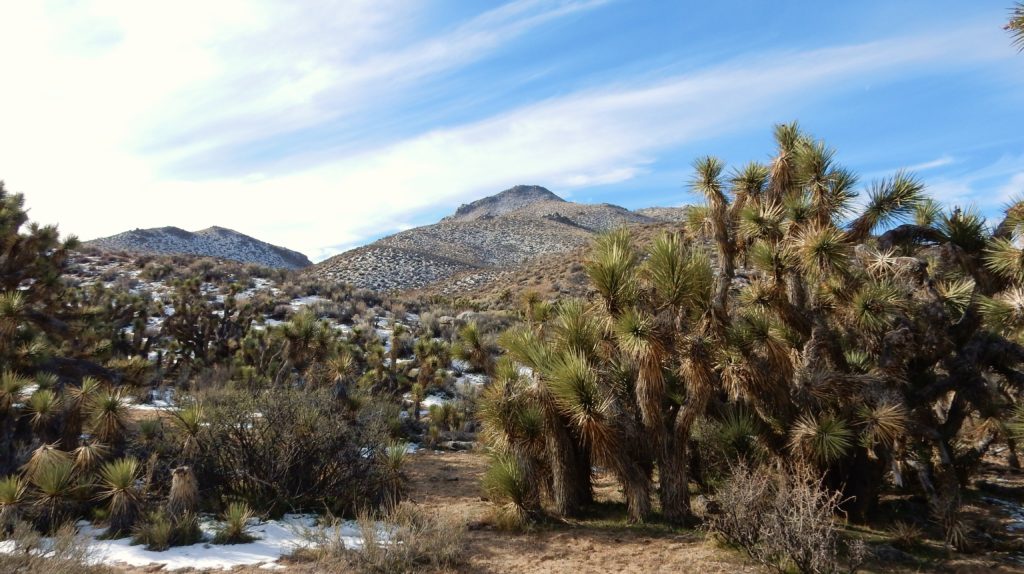 ur own Ryan Henson, CalWild’s Senior Policy Director, wrote an oped published in the San Jose Mercury News defending the Desert Renewable Energy Conservation Plan (DRECP) against an attack by the Trump administration.

Here is the published oped: https://www.mercurynews.com/2018/03/29/opinion-trumps-ruthless-attack-on-californias-desert-lands/

The Desert Renewable Energy Conservation Plan, which was finalized in 2016, provided historic conservation protections for public lands in California and a precedent-setting blueprint for how to balance energy development with conservation on our nation’s public lands.

Local stakeholders, as well as thousands of citizens from throughout California and across the country, provided input over a multi-year process to shape the final plan.

But the Trump administration recently decided to open the conservation plan to revision. It’s the latest in a string of ruthless attacks on California’s federal public lands and the millions of Americans who value them.

The plan represents an historic effort to thread a conservation needle: How to significantly increase our renewable energy capacity in a state ambitiously pursuing its climate-change goals while mitigating the massive and irreversible impacts of that development on one of California’s most sensitive ecosystems, the California desert.

The California desert presents a great opportunity for the state to meet its ambitious goal of getting 50 percent of its energy from renewable sources by 2030. Designation of land for these large-scale renewable projects — including wind, solar, and geothermal energy — reduces the normally long planning processes and litigation on individual projects.

The plan was the result of an eight-year public process of negotiation. In the end, it helped steer the management of 22.5 million acres, 10.8 million acres of which are federally managed and covered by the Trump administration’s reopening of the DRECP.

Of that federal public land, 380,000 acres were designated for renewable energy and another 800,000 acres are potentially available, although they require special permitting processes.

The lands open to energy development are places where native plants and wildlife would be least affected. This is a victory for commonsense, farsighted, balanced planning.

The plan also allocated 3.5 million acres for various recreational uses, recognizing the wide-ranging recreational opportunities the California desert provides. The plan was especially careful to protect off-highway vehicle recreation areas from energy development. Conversely, all recreation is eliminated in areas that are designated for wind or solar energy.

Finally, over 6.5 million acres received a variety of conservation designations. Landscapes protected by the plan comprise some of the most beautiful and ecologically significant places in the California desert.

They include Chuckwalla Bench, the Silurian Valley, Panamint Valley, Yuha Desert, Chemehuevi Valley and a long list of other wild lands essential to the continued survival of such iconic wildlife species as the bighorn sheep and desert tortoise.

Setting aside swaths of valuable habitat for wildlife is an essential mitigation for the over 1,843 square miles that could potentially be developed under the plan.