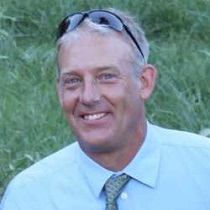 Keith Hammond grew up camping and hiking in the National Forests of Southern California and the red rock canyon country of Southern Utah. He graduated with a B.A. in philosophy from Yale University and has split his career between magazine journalism (Mother Jones, Make:) and wilderness conservation (Southern Utah Wilderness Alliance, California Wilderness Coalition). A former communications director for CalWild and a dedicated surfer, he is currently Projects Editor for Make: the nation’s leading DIY technology magazine, and lives with his family in Santa Rosa. 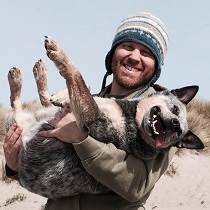 Avi Hesterman grew up in Berkeley and has hiked and backpacked California’s wilderness ever since. He graduated from Amherst College with a BA in American Environmental history, and from Duke with an MS in Conservation Biology. He spent several years as an outdoor photographer before founding a series of shredding companies, and currently serves as VP at Green Planet 21, an Oakland-based recycling firm. An avid runner, swimming, disc golfer, backpacker, and comic collector, Avi still lives in Berkeley with his wife, 2 sons, Australian cattle dog, and giant orange tabby cat. 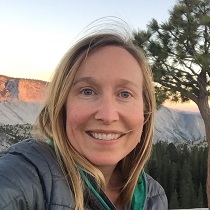 Bonnie manages sustainability certification programs for SCS Global Services where she works with companies (global supply chains) to engage in more environmentally and socially responsible production practices. She holds a M.A. in Environmental Policy from Middlebury College Institute of International Studies. Growing up in the American West, Bonnie fell in love with public lands and wilderness early in life and spends most of her free time backpacking, skiing, running rivers and trails, and photographing California’s wild places. She currently lives in Mammoth Lakes, California where she can easily access Sierra Nevada wilderness. 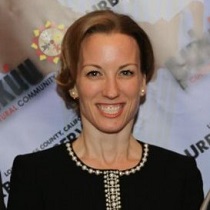 Nicole currently lives in the LA region and is a Tribal Law and Policy Attorney. She does work for various tribes in a government relations capacity and worked with CalWild closely on our efforts to protect the California desert. She also serves as Secretary on the board of the Native American Land Conservancy which works to acquire, preserve, and protect sacred lands. Nicole is eager to help CalWild expand its partnerships, particularly with tribal groups. 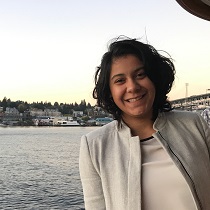 Jessica Loya is the National Policy Director at Green Latinos where she works to elevate Latino voices on public land, climate, and conservation. She is a dedicated advocate for increasing access and representation of diverse communities in the environmental movement. She received her degree in environmental studies and economics from University California Santa Cruz. She is a native Californian, currently living in Washington, D.C., and enjoys taking friends and family outdoors for new and fun adventures. 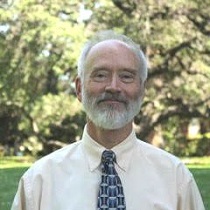 Steve McClary is a lifelong backpacker and camper who grew up with California wilderness as part of his childhood. He has worked, camped, and trekked around the world but California remains his home base. Now retired from a career in energy consulting working with state policymakers, consumers, developers and producers in the energy industry, he brings a lifetime of experience to helping CalWild grow and increase its effectiveness in advocating for wilderness. 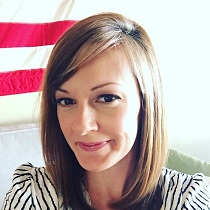 Mariana is a cross-functional professional with over a decade of policy, advocacy, and public affairs experience in government and non-profit, leading high-impact campaigns, programs, and projects. In the U.S. House of Representatives, Mariana served as committee and personal office staff,  and led the Congressional Global Road Safety Caucus and the Bipartisan Working Group on Women’s Issues. She also spearheaded the effort to designate the San Gabriel Mountains National Monument, working closely with CalWild as a vital coalition member. Mariana also served as Conservation Lands Foundation’s first Southern California Associate Director for Conservation, and then its first Associate California Program Director. Under her leadership, CLF’s California program built its most inclusive partnerships and cultivated new diverse and nontraditional leaders, achieving significant conservation policy gains and defense across more than 5 million acres of public land. She appreciates CalWild as a scrappy organization with an excellent mission and looks forward to helping them in their consensus-building and legislative efforts. 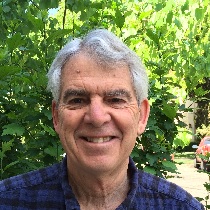 Don Morrill spent his early career years as an advocate and organizer for the Wilderness Society in Washington D.C. and the Sierra Club in California, and worked with Bob Schneider and Jim Eaton to establish the California Wilderness Coalition. Don spent the bulk of his career in business management and sales, primarily in the travel industry. He is now retired, and has served as the Board President for the California Wilderness Coalition, the Development Director for Yolo Basin Foundation, and as a Non-Profit Development consultant. 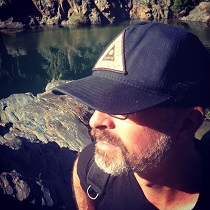 Hall is the Chief Wilderness Perfumer and Founder of Juniper Ridge, a company that sustainably harvests wild ingredients and turns them into natural products including fragrances, oils, soaps, and teas. An avid outdoorsman, Hall spends as much time as he can in California’s wild places. Hall served on the board in the mid-2000s and is excited to be back to help CalWild improve its base of supporters and grow our work on social platforms. Ultimately, he just loves wilderness and he hopes his work with CalWild can help to achieve some real protection for some of the “final big prizes” in the California. 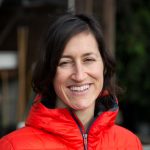 Annie is the Director of Sustainability for Peak Design, a San Francisco-based product design company. She leads all of the company’s environmental and social initiatives. She was also a founding team member of Climate Neutral, an organization aimed at helping companies measure, reduce, and offset their entire carbon footprint. After spending 15 years in the Bay Area, she moved back home to Ojai with her family where she’s enjoying the slower pace of life and the beautiful trails. 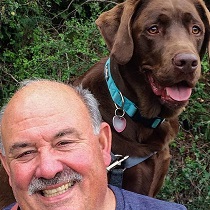 Prior to joining the staff of Student Conservation Association as its Western Regional Vice President, Jay spent nineteen years with The Wilderness Society, fourteen of which were in California, where he was regional director. His past positions include ﬁve years as a wilderness ranger with the U.S. Forest Service in the Trinity Alps Wilderness in northern California and three years as executive director of the Camp Unalayee Association, a non proﬁt wilderness youth camp, also in the Trinity Alps. Jay serves on the Board of Directors of the California Fire Safe Council and graduated from Humboldt State University with a B.S. in Wildlife Management. Jay and his wife Kathleen live in the Town of Sonoma, and have two sons, Thomas (18) and Charlie (16). 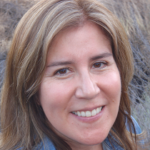 Linda Castro started with CalWild in 2014 and now serves as our Assistant Policy Director. She is based in Southern California. Linda was a military “brat” who lived in Europe and South America for a significant portion of her childhood before arriving in Texas. She obtained her Bachelor’s degree from Trinity University in San Antonio, and then moved to California and obtained her Juris Doctor degree from Whittier Law School. She practiced law for years while volunteering her time with, and serving on the Board of a Santa Clarita-based non-profit that works to protect and restore wild places and rivers in southern California. Linda lives with her family in Southern California and is an avid tent camper, backpacker, and hiker. 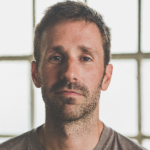 Dup Crosson works for The Next Generation as its Operations & Office Manager, covering administration, accounting, and project management. At CalWild, he brings his fundraising and outreach experience to the table as their Development and Communications Associate. A proud native of the Maine coast, Dup grew up fishing on the river that inspired the Clean Water Act and went on to study Environmental Management at UNC-Asheville. Since then he since worked for a variety of nonprofits and campaigns in conservation, environmental advocacy, education, and marriage equality. When not playing music, Dup spends his time outdoors and living vicariously through other people’s dogs. 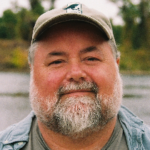 Steve Evans has more than 37 years of volunteer and professional experience in the protection of public wild lands, rivers, and other natural resources. Steve worked for Friends of the River for more than 20 years, and because of his work, more than 2,300 miles of streams on federally managed public lands have been identified as candidates for the Wild & Scenic protection, and more than 341 miles of Wild & Scenic Rivers in California are permanently protected. Steve is CalWild’s Wild Rivers Director, where he also served on the Board for more than 20 years. Steve is a published writer (author of Tops Trails Sacramento, Wilderness Press, 2008), an avid hiker, rafter, kayaker, and photographer. 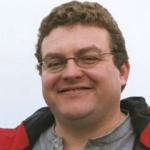 Ryan Henson was born to a logging family in Mendocino County. After serving in the Navy, Ryan graduated with honors with a BA in history and political science from the U.C. Davis in 1993. He began volunteering for CalWild while a student and joined its staff in 1994. After directing the first-ever effort to map all of the state’s wilderness-eligible lands, he helped launch a legislative campaign in 2001 to gain permanent protection for these areas. His greatest achievements to date are the passage of the North Coast wilderness bill (HR 233) in 2006 and the California portions of the Omnibus Public Land Management Act of 2009. Ryan’s work was recognized in Congress and in the documentary film “Forever Wild.” Ryan lives in Anderson with his wife, Bonnie. 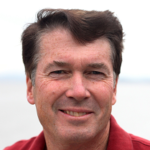 Doug Linney, Special Senior Advisor, has served the environmental community of California for over 35 years as an advocate, political strategist, coalition builder, and fundraiser. He founded The Next Generation (TNG), a consulting firm that offers campaign services and political strategy to nonprofits and progressive candidates. Doug’s has served on the boards of the California League of Conservation Voters, Friends of the River, the Regeneration Project, the Planning and Conservation League, and the East Bay Municipal Utility District. He received the Mark Dubois River Conservationist Award from FOR. Doug is an avid whitewater river runner and bicyclist road warrior. He received his B.S. in Environmental Science and Public Policy from U.C. Davis. 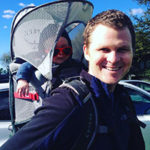 Chris Morrill, Executive Director, brings to CalWild years of international and domestic experience as an organizer, political strategist, and communications expert. Prior to working with CalWild and The Next Generation, he held policy and political roles with the California League of Conservation Voters and Save the Children. He previously served as CalWild’s Communications Director for two years and improved engagement with our supporters, including managing social media campaigns and re-starting our monthly newsletter. Through Chris’ leadership, the organization has continued to increase our online advocacy work and effectiveness and has also been one of the driving forces in building CalWild’s defensive work challenging the extreme measures coming from the Trump administration and Congress. Chris received a B.A. in Communications from Santa Clara University and an M.A. in International Relations and Economics from Johns Hopkins. Currently, Chris resides in Oakland with his wife, Kate, and two year-old son, Caleb. His favorite outdoor activities include hiking and camping in the Northern Sierras and the northwest coast where he has lots of extended family. 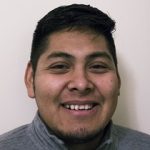 Growing up in the heart of the San Joaquin Valley, André was raised in the agriculturally fueled town of Madera, CA. A community where working the land was the norm and recreating in nature seemed foreign to most members of his community. Fortunately for André, one of his uncles discovered the joys of recreating outdoors and shared the discovery with André’s family, ultimately instilling a passion for conservation and restoration work. After receiving a B.S. in Wildlife, Fish, and Conservation Biology from UC Davis in 2014, André went on to work for several state and federal agencies, including conducting aquatic restoration in Yosemite National Park. After gaining perspective from his work experiences, André returned to academia to pursue an M.S. in Natural Resources with a Watershed Management emphasis at Humboldt State University. André is additionally involved with Latino Outdoors, a latinx-led organization that connects and engages leaders and community members in the outdoor, conservation, and nature movement. As CalWild’s San Joaquin Valley Organizer, André is excited to see public lands advocated for and protected, especially those that inspired him and provide ecosystem services for his community. André now resides back in the San Joaquin Valley and loves to recreate outdoors via backpacking, hiking, rock climbing, or simply observing the raw beauty that nature delivers.