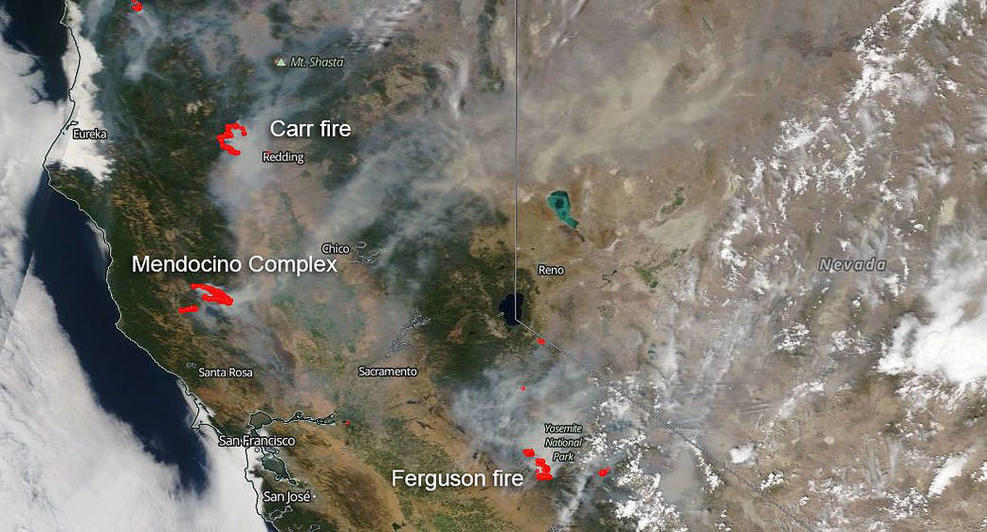 Read the original posting on CalMatters

by John Amodio, CalWild Board Member

In his State of the State address in January, Gov. Jerry Brown declared that we must act boldly on forest health. He and the next governor must make good on that promise, and not simply appoint another commission.

State and federal scientists have studied the decline of our forests to death. They’ve developed comprehensive recommendations for urgent actions that are needed to confront this threat.

To date, however, officials with the authority to act, from the president and governor to Congress to the Legislature, have not committed to the needed bold, comprehensive actions. With Senate President Pro Tem Toni Atkins proclaiming wildfires are the Legislature’s top priority, the next four weeks offer the opportunity to launch the overdue era of forest health restoration.

One-third of California, 33 million acres, is forestland. It’s the source of 80 percent of our developed water supply, providing essential habitat for our besieged wildlife and the largest means of removing climate-changing carbon from our atmosphere.

The California Forest Carbon Plan estimates that 15 million acres of forests owned by the federal government, and private individuals and companies need some form of restoration to reduce catastrophic wildfire threats.

Our Legislature did not create this crisis but will determine whether we act now, while we can make the most difference.

Here is what we know and what science suggests can best guide legislators:

Today’s forest health crisis is the cumulative consequence of 100 years of overly aggressive fire suppression. That has vastly increased the amount of vegetation, which increases the prospects of catastrophic wildfire.

We have logged the largest, most fire resilient trees. Because of poor forest management, forests have become overgrown with small, spindly trees that too readily burn.

It’s all magnified by climate change.

Beyond the horrifying risk to life and property, our laudable greenhouse gas reduction targets are not achievable if we fail to address megafires.

The California Air Resources Board recently announced we had attained our greenhouse gas reduction goals early. But that ignores the impact of emissions from wildfires and decaying vegetation left behind.

The 2013 Rim Fire is estimated to have emitted more than 2.5 times the greenhouse gas reductions achieved in all other sectors through the state’s reduction program that year.

Blueprints for needed action exist but will collect dust without legislative leadership.

The California Forest Carbon Action Plan, prepared by a consortium of 18 state, local and federal agencies, identifies detailed actions essential for reversing this rapid decline in forest health and the peril posed to human health.

Wisely, it reflects the diversity of our forests, recommending science-based plans be developed and implemented at local or regional levels.

While specifying restoration goals, this plan identifies barriers to achieving those goals including a lack of public investments, insufficient infrastructure, and the need for more skilled workers to do the necessary work, such as managing prescribed fires, forest thinning and operating mills.

Community-based collaboratives have been working for years to restore their forests. One example is the Yosemite-Stanislaus Solutions, focused on the Rim Fire and surrounding forests, has reached unprecedented agreement on a science-based plan to restore forest health but lacks resources to implement.

Their agreements and insights on what is needed and the barriers to moving from talk to action must be acted upon.

The greatest opportunity to make significant headway in combating destructive wildfires is to rapidly increase fuel reduction. Fighting fire with fire is our most promising approach. Prescribed burns or carefully managed slow burning wildland fires can reduce dangerous fuels without harm to communities while benefiting wildlife.

Such fires replicate the wise management of Native-Americans in creating and maintaining the extraordinary health of their natural forests centuries ago.

We also must encourage strategic, ecologically-sound logging. Properly planned and implemented, thinning can increase fire resiliency, reduce susceptibility to insect epidemics, protect and enhance wildlife habitat, create jobs, and enable beneficial fire to be restored to the area. It can also help pay for doing the work.

A robust state-led partnership with federal and local government and the private sector can restore forest health, reduce catastrophic wildfires and decrease the loss of life and property.