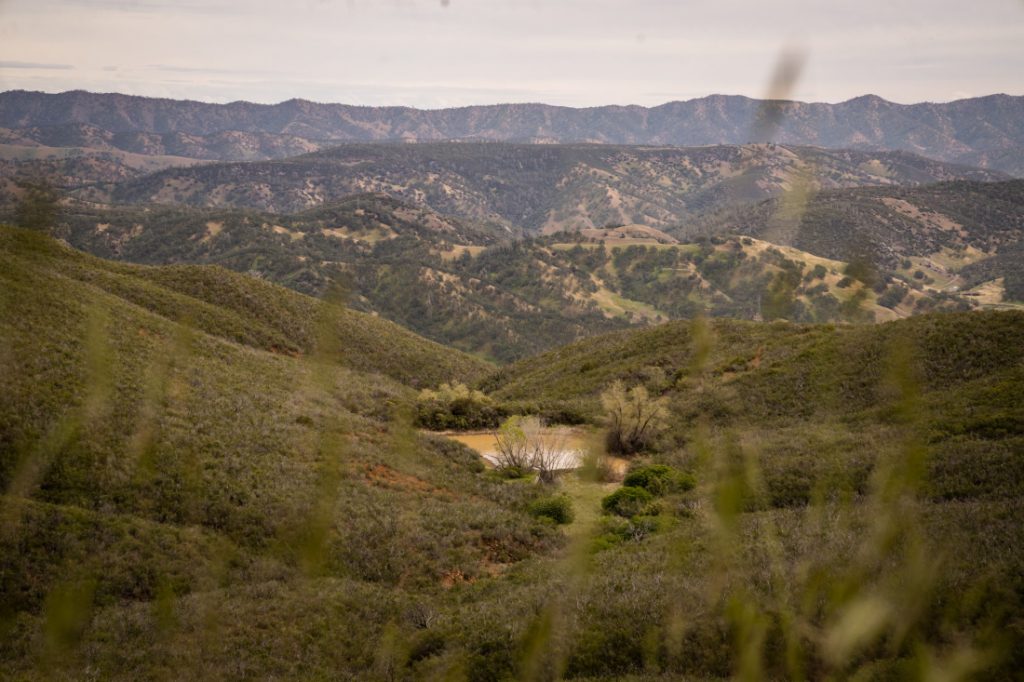 California has more tribes than any other state. All of modern-day California consists of the ancestral lands and traditional territories of a multitude of tribes. However, that does not mean that these tribes currently have the legal authority and ability to influence the management of the lands, waters, wildlife, and plants in their ancestral territories.

This is because, with some important exceptions, the lands and waters most heavily used by Indigenous people for millennia have mostly become private land in California, while the less heavily used lands now are most often managed by government agencies. It is therefore difficult for tribes to influence the management of lands in a state that is 51% privately owned and 49% managed by state (2.5%) and federal (46%) governments. If tribes want to influence how their ancestral territories are managed, they often must deal with a long list of private landowners and, in many parts of California, government land managers.

At CalWild our mission is to protect the lands and waters that are managed by the federal and state governments, especially those managed by the U.S. Forest Service (USFS) and Bureau of Land Management (BLM) because these lands (which cover 35% of California) are often open to industrial development. The USFS and BLM are legally required to “consult” with affected tribes on significant projects like development proposals prior to approving them. Despite this legal requirement, the quality of this consultation seems to differ from one government official to another.  The government land managers also typically need to balance several competing interests and values in making land management decisions, which oftentimes results in the needs of tribes being discounted or even ignored. 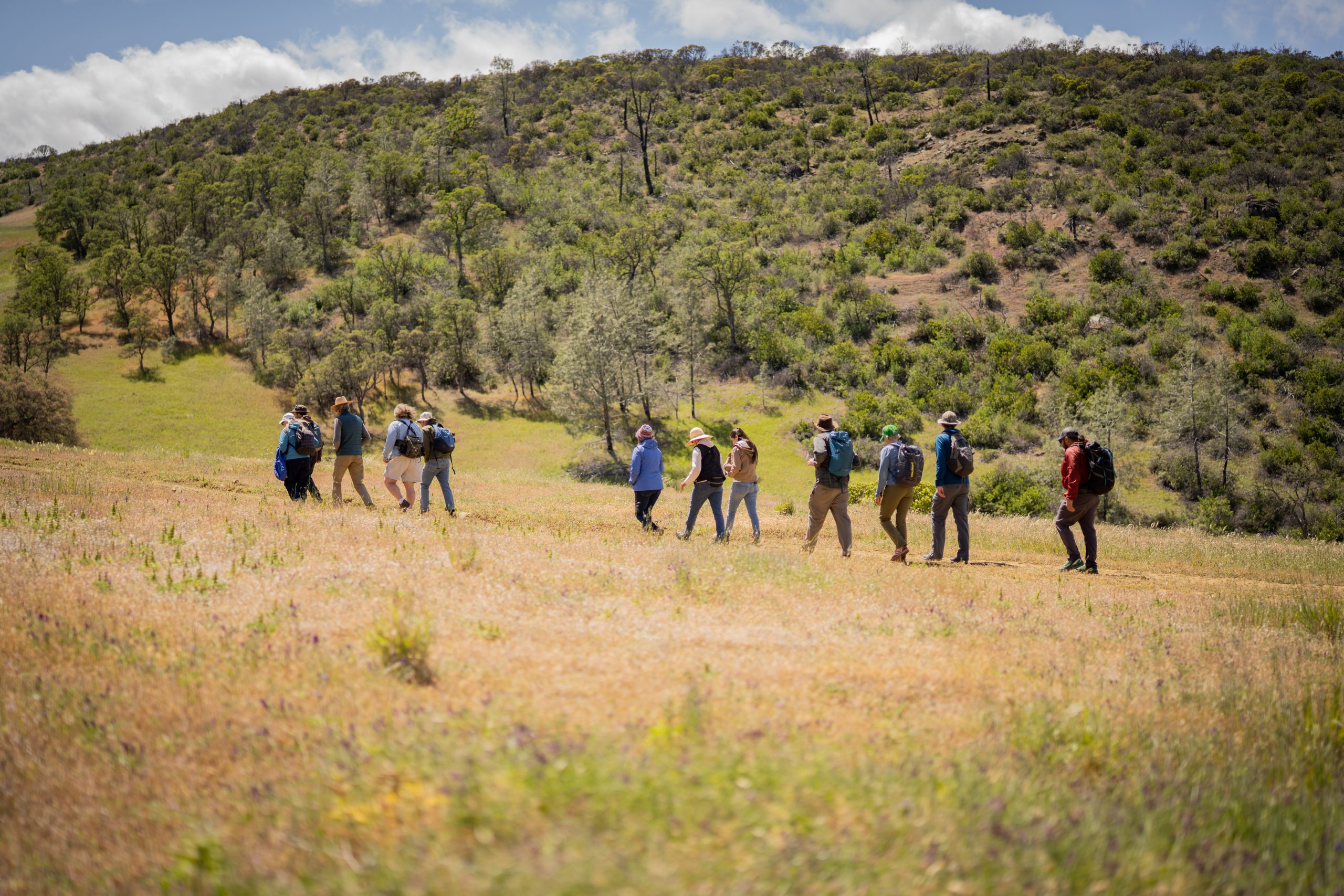 For its part, CalWild tries to engage with local tribes when we are working on a conservation campaign in a particular region. We have been making a concerted effort to do so since the 1990s. Over the years, we have worked with tribes to defend threatened landscapes of immense cultural importance, support the restoration of key areas, support the reintroduction of traditional management practices, and support efforts by tribes to acquire land—even in some cases lands managed by the USFS and BLM.

One of the most common ways in which CalWild works with tribes is to defend areas of cultural importance that are threatened by logging, road construction, and other forms of development. While we have a policy of not revealing the locations of sacred sites, some of the publicly known sites we helped tribes defend include Mount Shasta in Siskiyou County, the Medicine Lake Highlands in Modoc County, the Siskiyou high country in Del Norte County, Conglomerate Mesa in Inyo County, and Indian Pass in Imperial County. We have also worked with tribes to protect culturally important streams like the Amargosa River, Black Butte River, and Sespe Creek among a long list of others. Since our founding in 1976, we have striven with tribes to protect and restore habitat for the imperiled salmon, steelhead trout, lamprey, and other once-thriving fish populations that sustained Indigenous peoples since time immemorial.

Many tribes and individual tribal members are active in restoring areas that have been damaged or mismanaged. This is especially true when it comes to fire management. For eons, Indigenous people used fire as a tool on the landscape, but when the land management agencies prohibited the continued use of this tool, the disruption in California’s fire-adapted ecosystems was catastrophic. As we are slowly learning today the very hard way, putting out all fires simply makes future fires worse. We must learn to live again with fire and to use it as a tool to maintain ecological health. Thankfully, California tribes can lead the way in this critical restoration effort for the land and their culture. 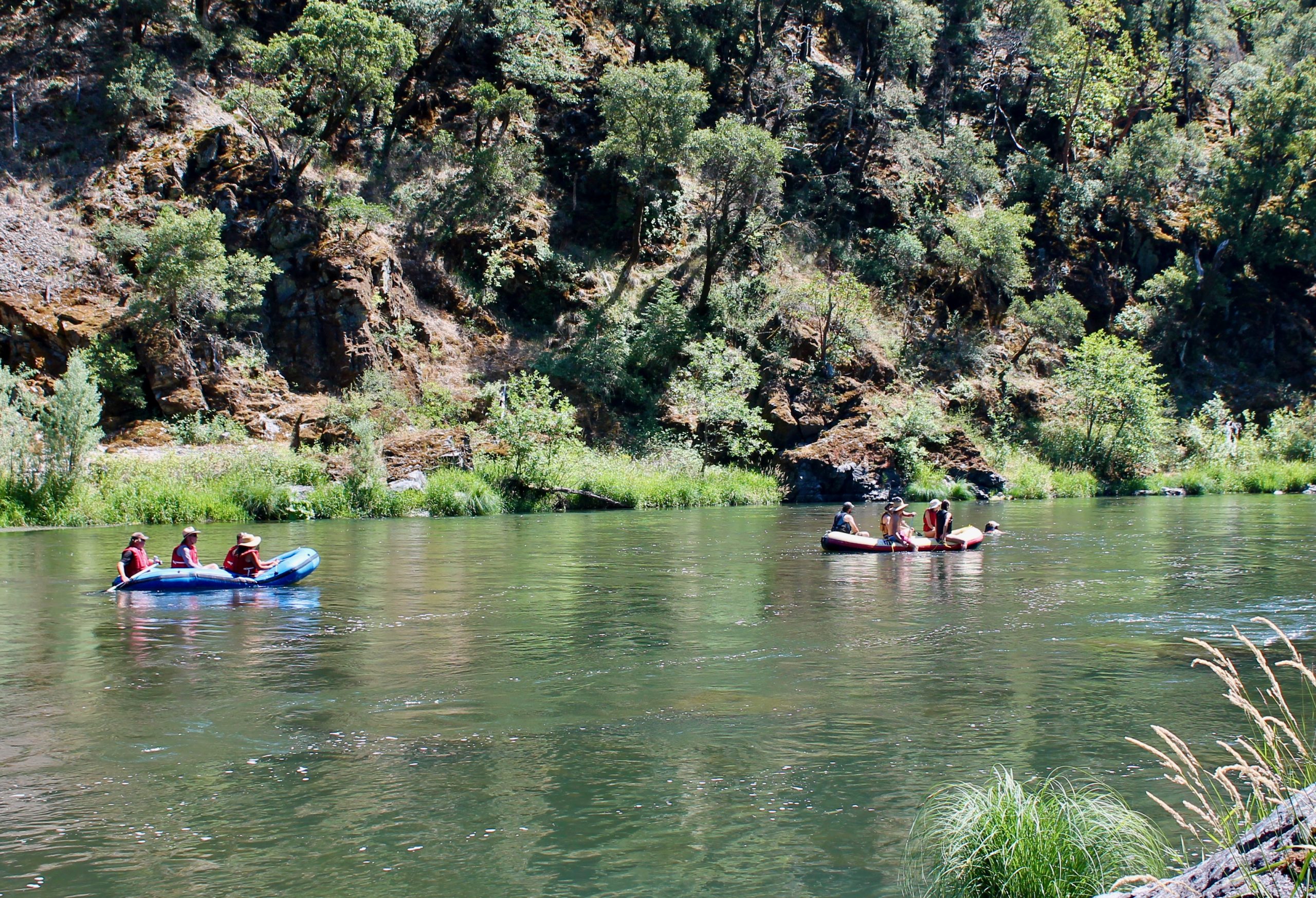 Another form of tribally-led restoration affecting federal lands is the management of wildlife species. Tribes like the Yurok are leading efforts to reintroduce the California condor to Northern California. This year, scientists released condors in Redwood National Park after a feasibility study paid for by the Yurok indicated that condor restoration might succeed. Similarly, tribes along the Colorado River have successfully convinced the government to reintroduce Sonoran pronghorn to Imperial County. Once common in California’s Central Valley, Great Basin, and parts of the desert, the tawny, deer-sized pronghorn is North America’s fastest land animal. The Sonoran subspecies is sacred to tribes like the Quechan. A number of efforts to save and restore California’s once immense salmon, steelhead trout, lamprey, and sturgeon populations are being led by tribes. The most significant manifestation of this is the pending removal of the dams on the Klamath River. We were excited to learn in November that this historic, tribally-led effort to restore the once great fish populations of the Klamath River will begin next year.

In addition to helping care for the land and restore ecosystems, California tribes are in the forefront of efforts to permanently protect federal lands as well. For example, the Yocha Dehe Wintun Nation was heavily involved in the successful effort to establish the Berryessa Snow Mountain National Monument during the Obama administration and is now leading the effort to enlarge the Monument. While none of them are public at this time, there are several other tribally led efforts to permanently protect federal lands on the horizon in California.

What happens when a tribe wants to re-acquire lands within its territory?

If the lands are private, they must be purchased by the tribe or donated to them. It usually takes an act of Congress to transfer BLM or USFS lands to a tribe. While CalWild’s mission is to protect federal lands, and we usually oppose transfers of BLM and USFS lands to non-management entities, we have supported the transfer of BLM and USFS lands to tribes on many occasions in the past. A current example includes efforts by the Karuk Tribe (a mostly landless people) to regain a small portion of the Klamath National Forest on the Klamath River. The parcel is of immeasurable cultural significance to the Karuk. Given that federal land is hard to acquire, very expensive to manage, and tends to be less desirable than nearby private lands, few tribes embark on efforts to acquire BLM or USFS lands here in California.

Increasingly, tribes are working to manage ancestral lands without actually having to buy them or convince Congress to transfer them first. This is through the idea of collaborative stewardship, where tribes work to manage the land in partnership with federal land managers. Since 1994, Congress has not provided enough funding to the USFS and BLM to appropriately care for public lands. As a result, today the agencies are in dire need of help. In many regions, tribes are trying to meet the challenge by accepting contracts to take care of campgrounds, reduce fire danger near communities, conduct restoration projects, and perform other critical work. If these trends in tribal collaborative management continue, it is easy to envision a future where tribes could take on an even larger role in the management of certain BLM or USFS lands. That is, if Congress were willing to pay for it.  However, while tribes seek to recover from decades of deprivation, it makes sense that issues such as ensuring reliable health and dental care for their members may reduce or eliminate the potential for tribal participation in land management concerns. 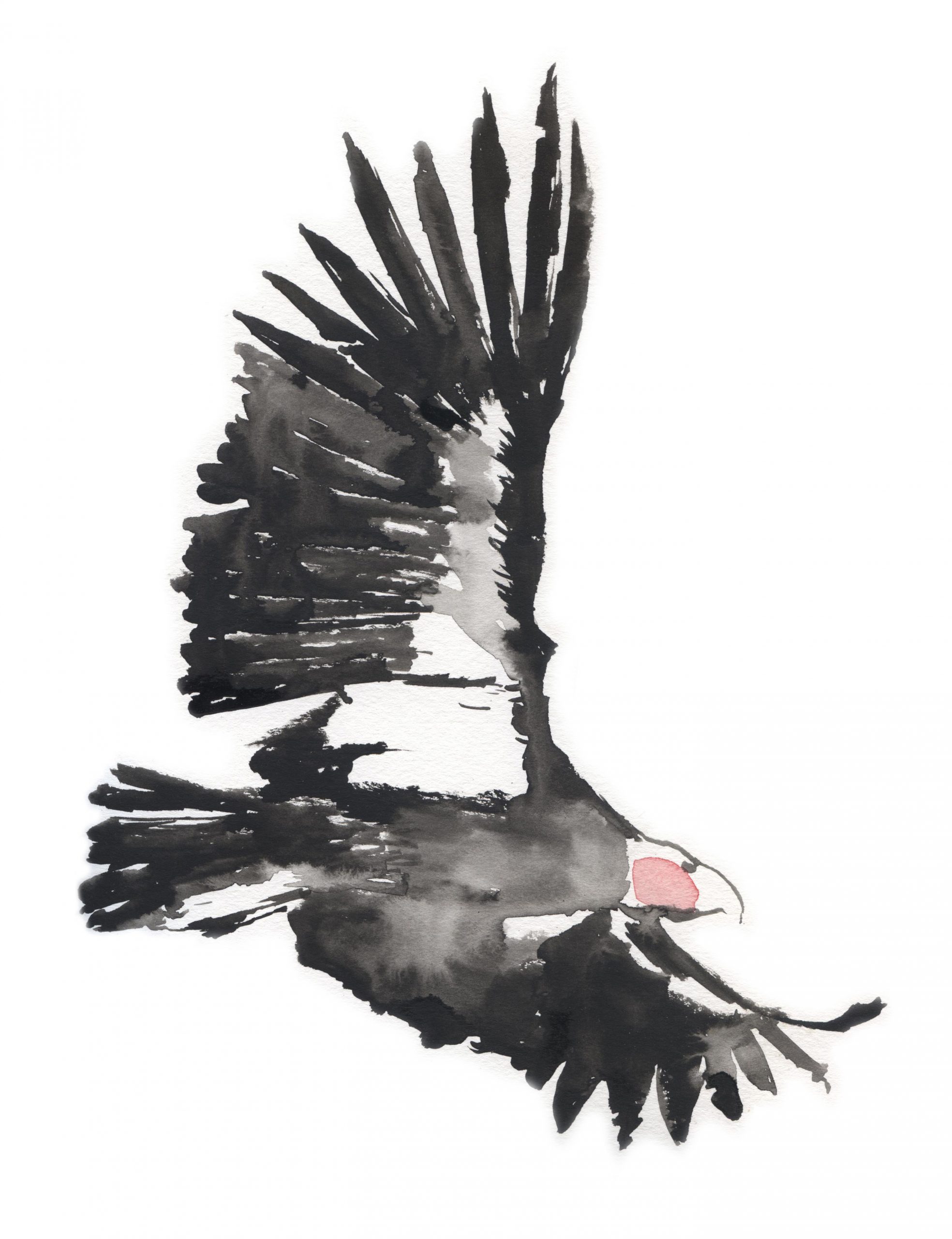 Restoring Indigenous placenames and our hopes for the future

A more recent trend affecting California’s federal lands and tribes is the effort to restore Indigenous placenames. CalWild has supported and will continue to support efforts to restore Indigenous placenames such as the Yocha Dehe Wintun Nation’s proposal to rename an area of BLM land in Lake and Colusa Counties currently known as Walker Ridge to “Molok Luyuk.” Molok Luyuk means “Condor Ridge” in the Patwin language of the Yocha Dehe. A related issue is a desire many have to remove racist placenames from maps. Interior Secretary Deb Haaland, the U.S.’ first Indigenous cabinet member, has provided all tribes in the Country with a list of placenames that include the offensive word “squaw.” There are dozens of such sites on California’s federal lands. Each affected tribe can decide on new placenames for these locations.

The political influence of some California tribes has increased enormously over the last few decades. CalWild welcomes the increasing leadership of California tribes on federal land stewardship and protection and certainly hopes to see more in the future.

All stories by: Hayley Paronish
A “sweet” partnership with Wine.com
Reflecting on the Election: ED Report November 2022