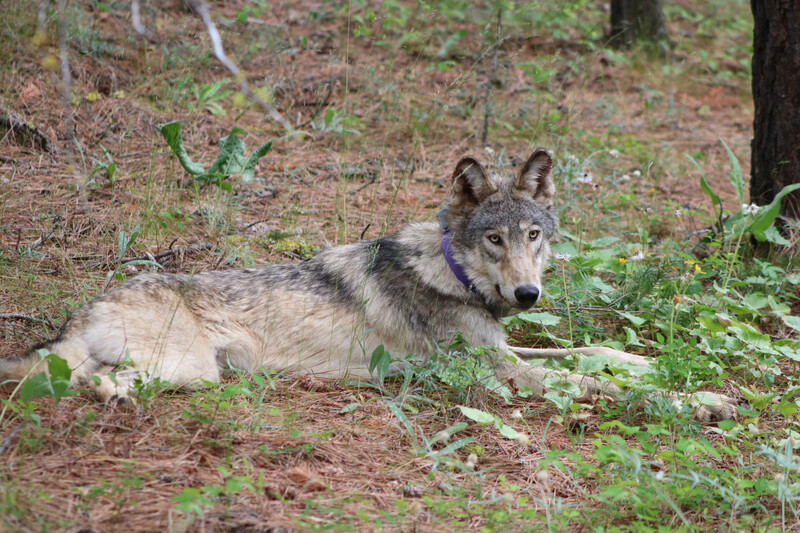 OR-7 and wolves’ early presence in California 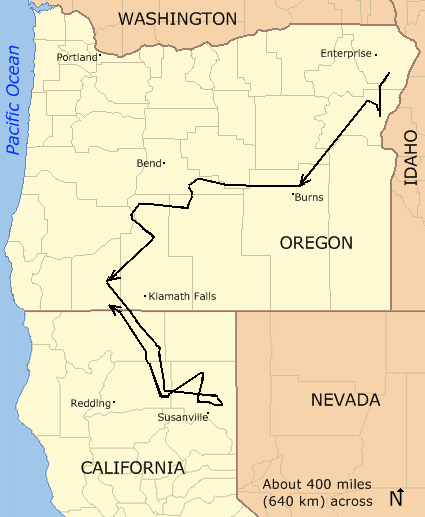 In 2011, a gray wolf, known as OR-7, dispersed from his natal pack in search of new territory and a mate. He traveled an incredible distance, over 1,000 miles, from Oregon to California traversing through an array of habitats along the way, including lava flows, sagebrush shrublands, and juniper woodlands. While OR-7 traveled through private lands, his route consisted mostly of agency-managed lands. According to the California Department of Fish & Wildlife, wolves prefer public lands because “they consist of areas with adequate prey where the likelihood of human contact is relatively low.” OR-7 eventually returned to Oregon where he established his territory, found a mate, and started a pack. Although his stay in California was short-lived, OR-7 gained nationwide attention for being the first wild wolf in California since the 1920s.

Wolves were once widespread in the lower 48 states. There are many anecdotal reports from Indigenous communities and settlers which suggest an early presence of wolves in California. Although not all Western scientists have completely agreed on the pre-contact historical distribution of wolves in California, traditional Indigenous knowledge supports that wolves once inhabited California and reveals the species’ regional importance. For instance, there were approximately 80 native languages spoken in California and most had clearly differentiated words for wolf, coyote, and dog. It is only through Native knowledge and culture that researchers have deduced that wolves likely occupied the region before 1750.

Brought to near extinction

Sadly, wolves were nearly extirpated from the United States, including California, by the mid-20th century. As settlers began to expand west, they drastically changed the country’s landscape through agriculture and development, which destroyed wolves’ prey base and habitat. As a result, the country’s wolf population started to decline in the 18th and 19th century significantly. In the early 20th century, the United States government established predator control programs that incentivized hunters to kill predators, like wolves, that threatened farmers’ livelihoods and livestock. These programs, which were largely based on long-standing misconceptions by European settlers about predators, brought wolves to near extinction in the United States. Wolves in the lower 48 states were legally protected as endangered under the Endangered Species Act of 1973. Although this offered some protection to wolves, the Endangered Species Act did not completely stop the persecution of wolves throughout the country. More recently in 2020, the Trump administration delisted the species, but lawsuits brought by wolf advocates resulted in the wolf regaining its protections in February 2022. In California, wolves have also been protected as endangered under the California Endangered Species Act since 2014.

Although there has never been a plan to reintroduce wolves in California, wolves have been slowly returning on their own. As of 2022, there are three known wolf packs (the Lassen pack, the Whaleback pack, and the Beckwourth pack) living in northern California. The state’s wolf population grew significantly after two of California’s three wolf packs welcomed a litter of pups this year. Remarkably, the Whaleback pack gave birth to eight wolves in spring, thus producing the state’s largest litter of pups in probably a century. While wolves have made an impressive recovery in California, threats to this species remain.

The need for adequate wildlife crossings 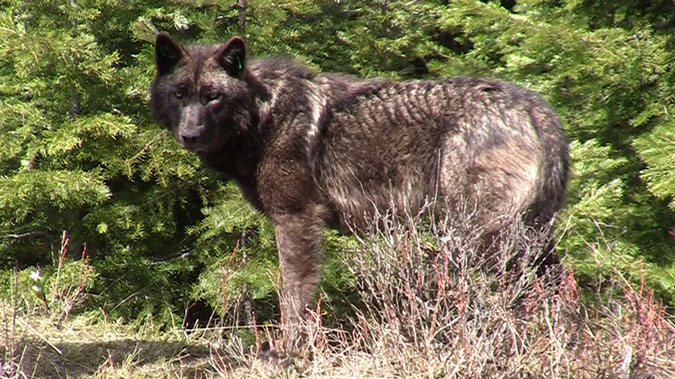 In 2021, the wolf dubbed OR-93 trekked into San Luis Obispo County and made headlines for being the farthest south any known wolf has traveled in more than a century. The young wolf was reportedly struck by a vehicle near I-5 and died of injuries in November of that year. His story highlights the importance of habitat connectivity to this iconic predator who travels astonishingly long distances. Other predators and wildlife, like mountain lions, have also been negatively impacted by habitat fragmentation. This month, for example, a beloved mountain lion, tagged P-22, was euthanized after wildlife officials discovered he was suffering from severe injuries, likely from being hit by a car and other chronic health problems. Both OR-93 and P-22’s stories illustrate the difficulty for wide-ranging species to thrive without adequate wildlife crossings and large, undeveloped areas where they are guaranteed the freedom to safely roam. While there is much action needed to address this issue, there is hope yet as demonstrated through the various planning processes and projects at the state and federal levels.

In late November 2022, the seven-member board known as the Wildlife Conservation Board which has “…authority and funding to carry out an acquisition and development program for wildlife conservation…” in California, approved a $3.17 million grant for the Mammoth 395 Wildlife Crossing. This crossing would support the migration corridors for deer herds, mountain lions, black bears, and sage grouse. This crossing will help alleviate the worst wildlife-vehicle collision hot spot in the Eastern Sierra Nevada. Much further along in its process and not far from where P-22 called home, the Wallis Annenberg Liberty Canyon Wildlife Crossing broke ground in April 2022. This wildlife crossing is slated to be the largest crossing in the world upon its planned completion in 2023. On the federal side of boosting the safety of wildlife, the Bureau of Land Management released a new policy in mid-November “…designed to protect connections between habitats for fish, wildlife, and native plants, preserving the ability of wildlife to migrate between and across seasonal habitat, a concept known as habitat connectivity.” This federal-level effort is the first of many we hope to see. Providing hope that much-needed conservation and wildlife-oriented action will continue to be on the rise.

All stories by: Hayley Paronish
Happy Holidays from CalWild: ED Report December 2022
A disappointing outcome for wilderness protections for the Sierra and Sequoia National Forests