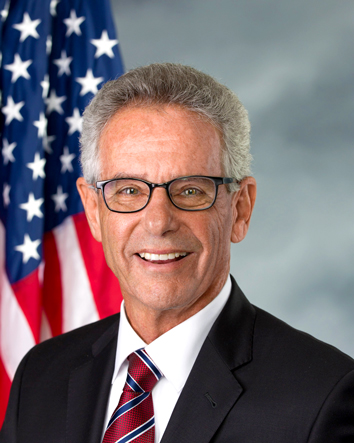 Thank you to Rep. Alan Lowenthal

We were saddened by the news that Congressman Alan Lowenthal (D-CA), a true public lands and conservation champion, has announced that he won’t be running for re-election in 2022. He has represented California’s 47th Congressional District, which encompasses portions of eastern Los Angeles County and western Orange County, since 2012 and will be sorely missed after this year.

Mr. Lowenthal has worked on environmental issues for the last 30 years — since he first won public office as a Long Beach City Council Member.  He subsequently served in the California State Legislature, where he introduced and passed bills requiring petroleum coke piles in the ports of Long Beach and Los Angeles to be covered, significantly reducing air pollution in the area. He also sponsored legislation requiring cleaner trucks at the port. Later, in Congress, he fought against new oil drilling off California’s coast and in the Alaska wilderness.

Despite his mostly urban district, Rep. Lowenthal has always showed a great interest in public lands conservation, especially in the desert. He introduced America’s Red Rock Wilderness Act, a far-reaching bill that would designate 8.4 million acres of vulnerable BLM land in Utah as wilderness, in every congressional session since 2015. Closer to home, he and his staff have met with CalWild and our partners many times to discuss threatened desert landscapes like Conglomerate Mesa in Inyo County. Mr. Lowenthal, a very active member of the House Natural Resources Committee, played a key role in such historic efforts as the permanent reauthorization of and full funding for the Land and Water Conservation Fund. (This fund provides millions of dollars every year to federal land management agencies to acquire new public lands and provide resources for existing public lands, including for urban parks and open space.)  His participation in House Natural Resources Committee hearings reflected his knowledge of public lands and conservation issues as well as a clear passion and commitment to his important work on the Committee.

Mr. Lowenthal was always an original co-sponsor of Reps. Huffman, Carbajal, and Chu’s Northwest California, Central Coast, and San Gabriel Mountains conservation bills, which would protect hundreds of thousands of acres of amazing public lands across the state. Indeed, he’s been an original co-sponsor, or at least a co-sponsor, on almost every bill that CalWild has supported that would improve protection or provide benefits for federal public lands, from the California Coastal National Monument Expansion Act to the Outdoors for All Act.

During COVID, Mr. Lowenthal was even kind enough to join a CalWild celebration of federal public lands and generously spent time answering questions from activists. Both he and his staff were always willing to engage with public lands conservationists.

Rep. Lowenthal has also been willing to work across the aisle for environmental protection, such as coauthoring with Rep. Brian Fitzpatrick (R-PA) the Migratory Bird Protection Act, which is currently being considered in Congress. Sadly, he has served during a period of such hyper-partisan divisions that it’s been very difficult for him, and any other well-meaning member of Congress, to actually get legislation passed. Still, by holding a strong conservation line in the House Natural Resources Committee, by working actively with conservationists, and of course by voting in a manner that was always pro-public lands.  Mr. Lowenthal has left a legacy that we here at CalWild will always deeply value and appreciate.

What you can do

Please take a moment to thank Rep. Lowenthal for his service and for his commitment to public lands conservation.