In 1964, Congress created the Land and Water Conservation Fund (LWCF) to protect our natural and cultural heritage, and provide recreational opportunities to all Americans. All kinds of community parks, rivers, wildlife refuges, and national public lands in all 50 states have been protected using federal funds from the LWCF. The Fund is sustained using the revenues from the depletion of offshore oil and gas reserves paid through royalties by energy companies drilling on the Outer Continental Shelf. These royalties add up to $900 million. While over the years the money has been allocated to many worthy projects, much of the money is diverted by Congress. Worse than the diversion are the fights conservationists have to go through every year or two to get LWCF re-authorized.
California alone has received approximately $2.5 billion in LWCF funding over the past five decades, including protecting areas in the Lake Tahoe Basin, the California Desert, Point Reyes National Seashore, the Headwaters Forest, and the Sierra Nevada’s national forests. It’s not surprising for those of us who get out to enjoy these treasures, but every $1 of LWCF money invested creates $4 in economic value.
After the successful permanent re-authorization as part of the Dingell Act (which also including our desert bill), it is time to take the next step and permanently fund the LWCF. Please act TODAY using the form below!
WRITE YOUR REP NOW 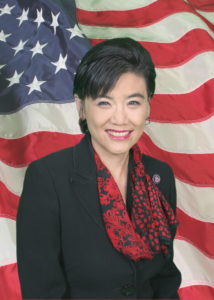 In April, Rep. Chu introduced the San Gabriel Mountains Foothills and Rivers Protection Act (HR 2215). The bill, which protects wild places within the San Gabriel Mountains National Monument and the Angeles National Forest, is another step towards securing permanent protection for federally managed public lands that provide the “backyard” to the Los Angeles urban area.

Highlights of the bill include the safeguarding of 31,069 acres of wilderness, adding 109,143 acres to the San Gabriel Mountains National Monument, and designating an 46 miles of wild and scenic rivers.

Please take a moment to thank Rep. Chu for prioritizing this piece of legislation by clicking the link below. 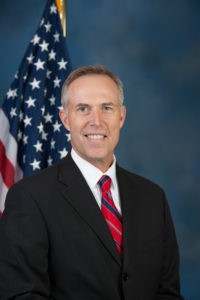 In April, Rep. Huffman introduced the Northwest California Wilderness, Recreation, and Working Forests Act (HR 2250). The bill would protect thousands of acres of sensitive habitat throughout Mendocino, Humboldt, and Trinity Counties, as well as funding a visitors center and trails study in Del Norte County. Highlights of the bill include the safeguarding of 262,119 acres of wilderness, creating the 729,000 -acre South Fork Trinity-Mad River Restoration Area, and designating an impressive 480 miles of wild and scenic rivers. The NCWRWFA would also initiate studies to create a nonmotorized Bigfoot National Recreation Trail and would mark the first ever “forests health” bill in California.

Rep. Huffman is a known defender for the wild lands in his sprawling district. When he spoke as part of a CalWild panel last fall, he bragged that he had the best rivers. CalWild is seeking a mark-up in the coming months to advance the bill and work with the momentum we gained this year through the bi-partisan passage of the John D. Dingell, Jr. Conservation, Management, and Recreation Act.

Please take a moment to thank Rep. Huffman for prioritizing this piece of legislation by clicking the link below. 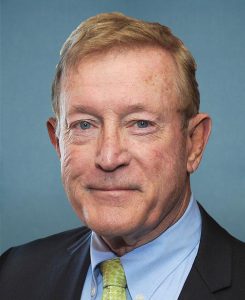 Congressman Paul Cook represents all or parts of Mono, Inyo, San Bernardino counties. He has more federal public land than any other members of the House of Representatives from California. Mr. Cook has shown a willingness to protect public lands in the recent past. For example, he worked for years to protect what is now the Alabama Hills Scenic Area in Inyo County along with several other amazing wild places in the California desert. The same Cook bill that established the Scenic Area also protected 375,500 acres of Wilderness, 39,835 acres of National Park additions, and 73 miles of Wild and Scenic Rivers in the California Desert.

Join us in urging Congressman Cook to cosponsor similar legislation introduced by Representative Jared Huffman for Mendocino, Humboldt, Trinity and Del Norte counties by using the form below. 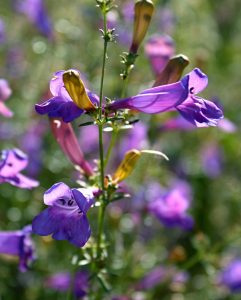 In April, Rep. Carbajal introduced the Central Coast Heritage Protection Act (HR 2199). The bill would protect thousands of acres of sensitive habitat in the Los Padres National Forest and Carrizo Plain National Monument. Highlights of the bill include the safeguarding of 244,476 acres of wilderness, creating two scenic areas encompassing 34,882 acres, and designating 159 miles of wild and scenic rivers.

Rep. Carbajal has proven himself invested in this bill from the beginning of his term, and CalWild is seeking a mark-up in the coming months to advance the bill and work with the momentum we gained this year through the bi-partisan passage of the John D. Dingell, Jr. Conservation, Management, and Recreation Act.

Using the form below, please take a moment to thank Rep. Carbajal for prioritizing this piece of legislation.

Thank our Senators for all these bills! 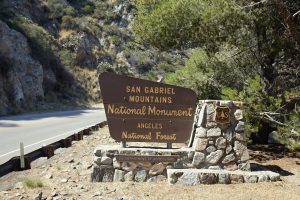 In March, Congress approved and President Trump signed the John D. Dingell Jr. Conservation, Management, and Recreation Act. An omnibus bill with legislation ranging across the country, the Dingell bill included the California Desert Protection and Recreation Act, a labor of love that began over 10 years ago and was originally introduced by Senator Feinstein. Cosponsored by Senator Harris, the bill protected 515,825 acres of public lands, including 375,500 acres of wilderness, 39,835 acres of National Park expansions, and 100,490 acres of special management areas. The bill also included 73 miles of Wild & Scenic Rivers.

Using the form below, please send emails TODAY to Senator Kamala Harris and Senator Dianne Feinstein thanking them for introducing and passing the California Desert bill, and for introducing S. 1109, 1110, and S. 1111 to protect some of the wildest places on our public lands.

WRITE TO HARRIS AND FEINSTEIN NOW 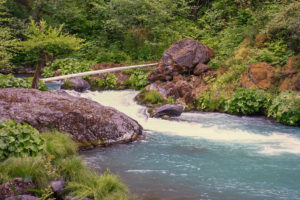 The Westlands Water District is preparing an Environmental Impact Report (EIR) for the proposed raise of Shasta Dam and enlargement of Shasta Reservoir upstream of Redding on the Sacramento River. Westlands has declared itself to be the federal government’s local “cost sharing” partner for the U.S. Bureau of Reclamation’s proposed raise of Shasta Dam and reservoir enlargement. As such, the District is preparing the EIR required by state law and seeking public comments about issues to be addressed in the EIR.

Please use the sample comment letter below and add your personal thoughts.

McCarthy needs to lend his voice to protect Giant Sequoia 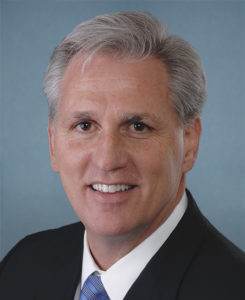 The Forest Service has all the policy tools it needs to effectively address tree mortality in the Monument. What the agency lacks is adequate funding from Congress. The Forest Service has suffered from severe budget cuts since the Giant Sequoia National Monument was established and most of its current budget is spent fighting wildfires. Budget cuts are a major impediment to effective forest management in the Giant Sequoia National Monument. Lack of funding and political support in Congress is also the primary reason why the Monument lacks a visitor center, which would improve the visitor experience and boost tourism and the economy of local communities.

The well documented economic value of the Giant Sequoia National Monument is completely ignored by President Trump and the Western Caucus. Travel and tourism are important to the communities in the Giant Sequoia region, supporting about 55,100 jobs. Tulare and Fresno counties have experienced strong growth since the monument was established, with increases in population, jobs, and personal income. Overall, outdoor recreation in California generates $92 billion annually in consumer spending, directly contributes to 691,000 jobs, and adds $6.2 billion in state and local tax revenue.

Please make sure McCarthy understands how many benefits the Giant Sequoia is providing to his own constituents.

STAND UP FOR THE GIANT SEQUOIA
0 Shares