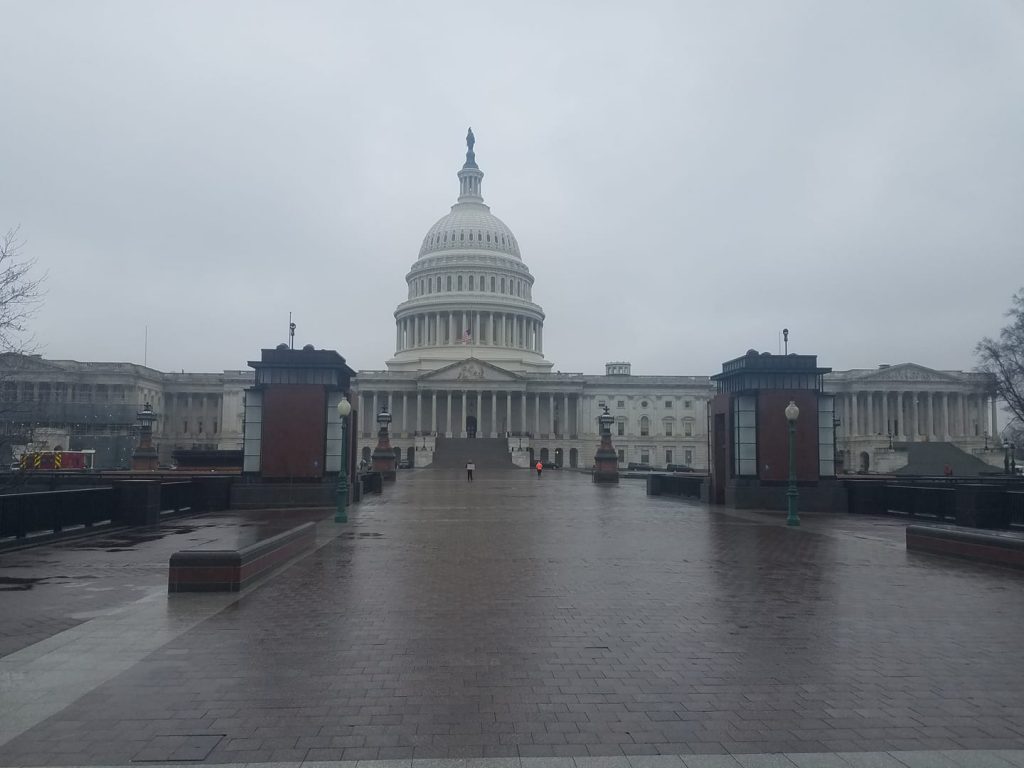 A Surprisingly Good Time in DC

This month marked my first trip to DC to meet with the members of the 116th Congress (2019-2020). November’s election brought about a lot of changes to California’s Congressional delegation. It’s important to introduce any new member (and a number of older ones as well) to the issue of public lands early and build CalWild’s relationship with these legislators. New sessions of Congress are opportunity to recruit new champions and to remind our old friends that we’re still here pushing for California’s public lands.

Our meetings were with all the new members of the California delegation and most of our champions from around the state. California’s public lands are vast and have many issues affecting them. In addition to the attention-grabbing headlines of oil extraction and national monument reviews, we are involved in land management planning efforts in the desert and southern Sierra, trespass marijuana grows in northwest California, and continue to have multiple campaigns around the state dedicated to more wild places on federal lands. The lack of sufficient funding for the land management agencies was also a piece that exacerbates all problems.

Finally, CalWild also mentioned the conservation community’s efforts to deal with the challenge of fire in the state and the need to more explicitly address our equity and inclusion goals as they apply to our organizations and public lands more broadly. 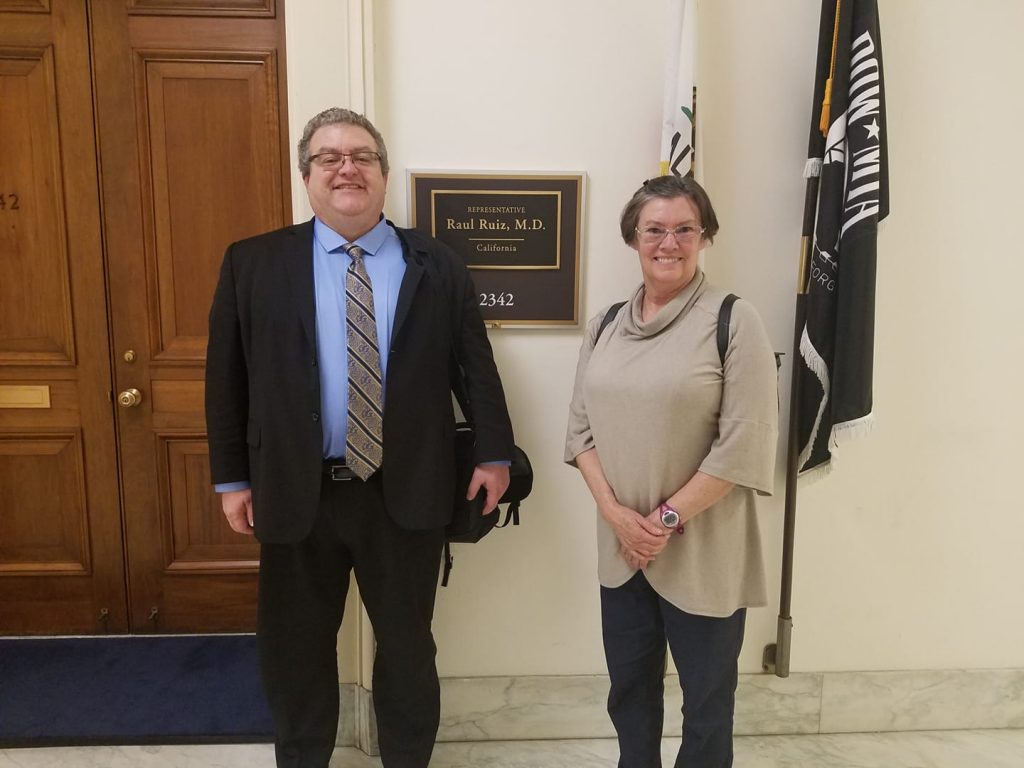 Ryan with Maureen Forney of Great Old Broads for Wilderness

Each new lawmaker (and many returning) received an Introduction to Public Lands packet to educate them on the various agencies responsible for the different types of public lands and a summation of the challenges that confront many of them. This is a great opportunity to engage these members on the purpose of public lands and how lawmakers can help in their preservation. We also made sure to thank the many existing public lands champions from California and encouraged them to keep up the hard work.

As part of the packet, we addressed many of the priorities for California’s public lands advocates. That included support for CalWild’s bills for the desert by Rep. Cook and Sen. Feinstein, Central Coast by Rep. Carbajal and Sen. Harris, northwest California by Rep. Huffman and Sen. Harris, and San Gabriel Mountains by Rep. Chu and Sen. Harris, plus another bill defending the Antiquities Act. We also made clear our opposition to the “Wheels in Wilderness” bill and a bill to open up many wilderness study areas.

It was a pleasure to be in DC when the Senate finally passed a massive public lands package, the Natural Resources Management Act. This omnibus package is the largest conservation effort passed by the Senate in recent memory, and includes Sen. Feinstein’s desert legislation, on which we’ve been working for almost as long. The desert effort was more than a decade long and brought together both sides to demonstrate lawmakers’ devotion to protecting public lands. In an era of partisan fights, it was incredible to watch this bipartisan effort pass the Senate 92-8! Senators from all over the country and of all political stripes rose to speak on behalf of the bill.

In addition to our desert bill, this package also included permanent re-authorization for the Land and Water Conservation Fund, which has helped protect and steward wild landscapes in every state for decades, including iconic California spots like Joshua Tree National Park, Six Rivers National Forest, Ventana Wilderness, and the Trinity Wild & Scenic River.

We’re hopeful that Sen. Feinstein’s bill will become the first great California wilderness bill of the decade and set us on the path for many more victories with this Congress. Continue pushing to #KeepItWild.

All stories by: CalWild
Some Deep (Creek) Reflections
A Great Victory- a Decade in the Making