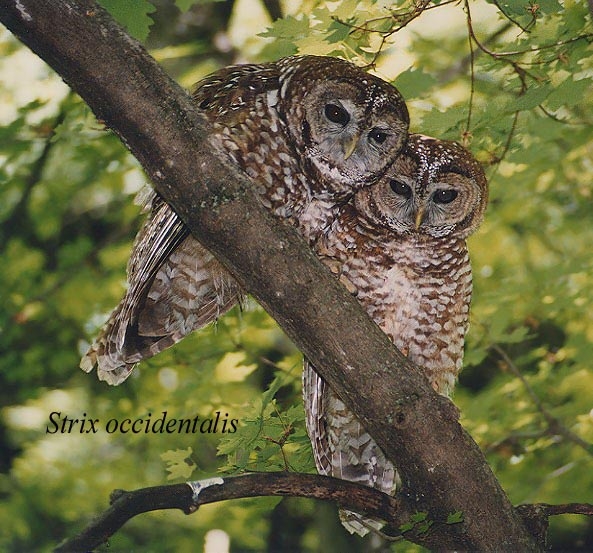 An uncertain future for a creature of the night

A long-standing symbol for conservation, the northern spotted owl’s (NSO) future is more uncertain than ever before. The species had been at the center of the so called “timber wars” that spanned the American Pacific Northwest in the 1990s in which the timber industry and conservationists were at odds over logging practices, particularly those that would extract old-growth forests that provide habitat for the NSO. Since that time, the NSO has been listed as threatened under the Federal Endangered Species Act (ESA) but is still in decline, largely due to habitat loss. The NSO is one of three subspecies of the spotted owl that include the California spotted owl and Mexican spotted owl, the latter of which does not occur in California but is still facing similar issues of decline. 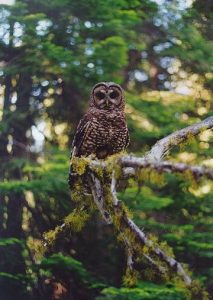 On December 14 of this year, the U.S. Fish and Wildlife Service (FWS) published a document announcing that the NSO deserves being uplisted from threatened to endangered. In the document the FWS states “reclassification of the northern spotted owl from a threatened species to an endangered species is warranted but precluded by higher priority actions”. Several conservation organizations, including CalWild’s allies from the Environmental Protection Information Center, are disappointed over this decision.

With this most recent issue, FWS adds to several other ongoing debates about the NSO. First, the FWS released another decision document earlier this year that removed critical habitat for the NSO in portions of its range in Oregon and Washington, 2000. While not in CA, it nonetheless creates a potential slippery slope for removing habitat in a time when the FWS acknowledges the species is not doing well on its road to recovery. Second, an ongoing discussion amid wildlife researchers revolves around what kind of forest management actions should be taken to prevent wildfires and reduce potential impacts to NSO; such decisions could impact the habitat availability for NSO. Some researchers and resource managers argue that logging and thinning could help prevent severe wildfire impacts to the species, while others argue that such action does not make a difference and that wildfire may actually benefit the species. From what we have gathered, it is still up for significant debate but what we can agree on is that promoting logging and thinning as a lone solution can be slippery slope. 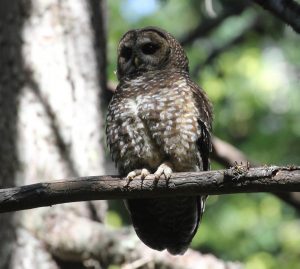 If such management actions are being considered, then it would be wise to think about them in terms of more than just the NSO and look at how other species may be impacted as well. Several other species share the same habitat with the NSO in CA’s portion of the Pacific Northwest, including the marbled murrelet that is also listed as threatened under the ESA. More than that, in a time of increasing climate change impacts we should aim to provide both ecological and economic benefits in the best manner possible, not opt for one or the other.