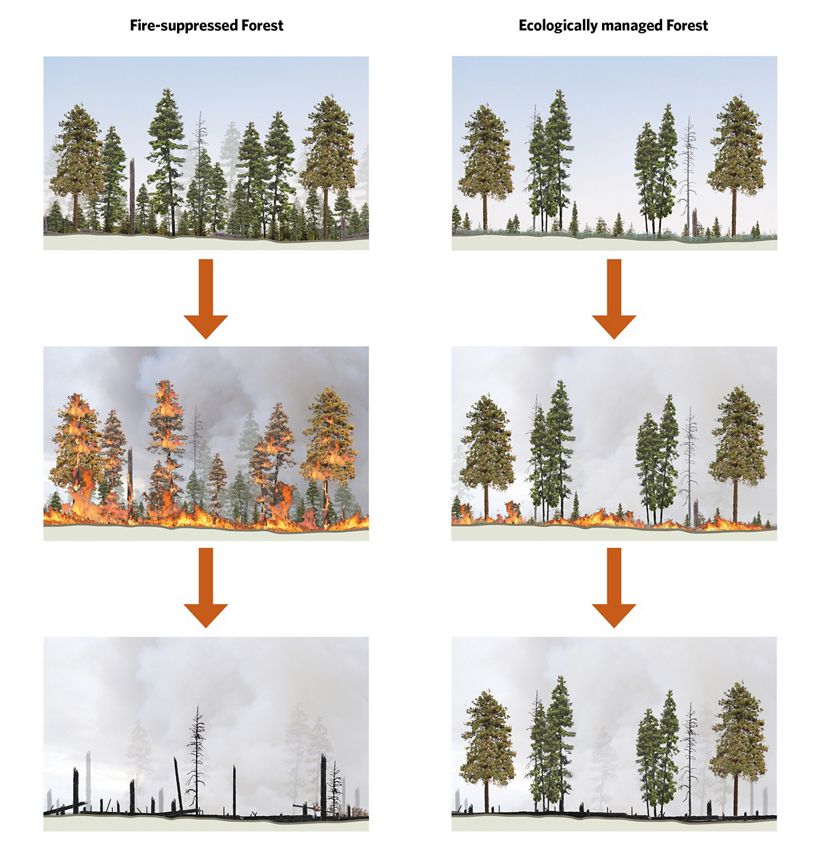 Sorting out the 2020 wildfires and their effect on wild places

People throughout California are breathing a sigh of relief with the first major storm of the 2020-21 season producing rain and snow to quench the many wildfires that have plagued the state since August.

Many of the lightning fires burned together into mega-fires now called “complexes.” Oak and pine forests, chaparral and grasslands, rural communities, and even suburbs have burned. On September 12, three of California’s four largest fires on record were burning at once, polluting the air and impacting public health, and threatening entire communities, while stretching fire-fighting resources to the breaking point.

It has become a cliché to acknowledge that California now has a year-round fire season. There are numerous reasons why the wildfire season has expanded throughout the year and become more damaging. Climate change has amped up the conditions needed to create firestorms, with record heat waves and dangerously windy conditions. The ten hottest years on record worldwide have all occurred since 1998. The 2012-17 drought killed 147 million trees. A return to relatively dry conditions in 2019-20 created more dead wood. As scientists have concluded, in forested parts of California logging has worsened fire severity “more than any other human activity.” Yes, some forests have become overgrown, but that doesn’t explain why suburbs and semi-developed rural areas are now threatened by these mega-fires.

The wildfires of August-October burned California’s wildlands and rural communities, and even threatened suburbs and urban areas.

Just a few of the worst fires so far this season include: 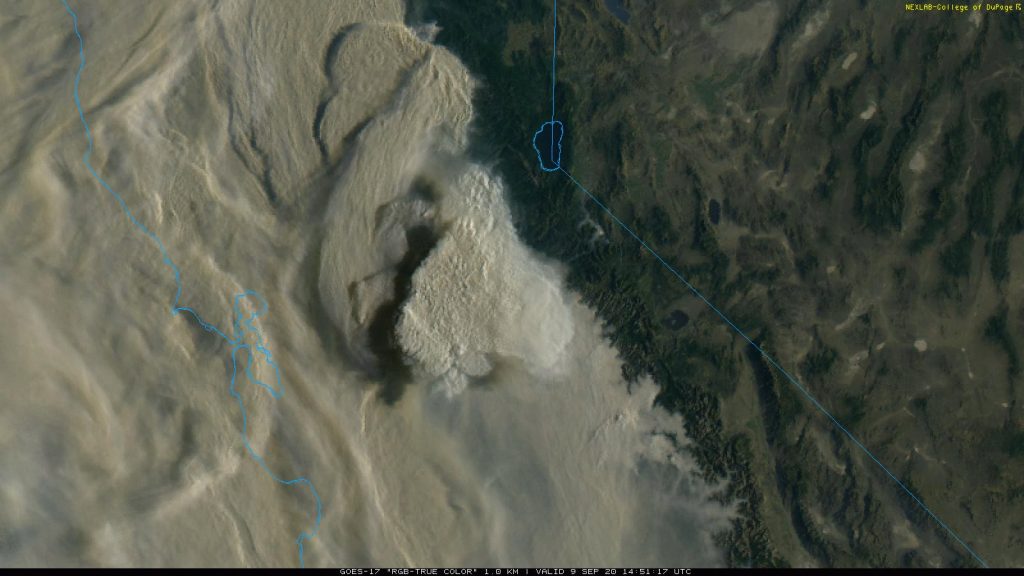 Most of central and northern California covered in wildfire smoke in September.

The toll on communities and their residents is obvious. In addition to the loss of homes and other infrastructure, lives disrupted by evacuations, and the injury and death of firefighters and civilians alike, the wildfires also affected public health. The California firestorms and other wildfires throughout the west created days of hazardous air quality.

The damage to the environment is equally serious. California’s public lands, including its National Forests and State Parks, provide a refuge for many plant and animal species that are in decline from development and resource extraction in their habitats. These wild places are sources of clean air and water for people and public lands also offer outstanding opportunities for outdoor recreation.

Fortunately, California’s wild lands and the native plant and animal species that inhabit them have adapted to wildfire through evolution. Giant sequoias and other old growth trees tend to be fire resistant. In addition, even the worst fires tend to burn in patches. Some patches are completely denuded of vegetation and in others, only the undergrowth is cleared out. Further, fires tend to burn ridge tops and slopes, but often jump over the inner canyons, with the riparian and aquatic habitats that support numerous at-risk fish, amphibian, and wildlife species. 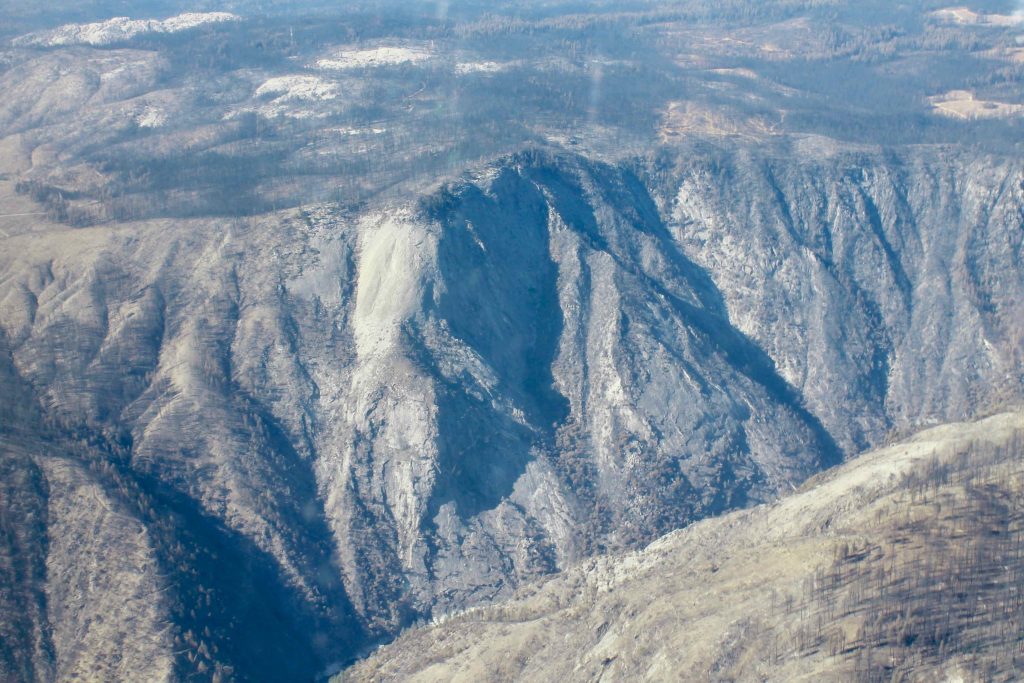 Particularly for fires that have resulted in relatively healthy impacts, it is important to discourage the Forest Service from conducting extensive post-fire “salvage logging” of trees, particularly in roadless and other undeveloped areas. Restoration efforts in developed areas should focus on regrowing native species adapted to that site. CalWild will be monitoring these projects on the National Forests to ensure effective restoration of the fire areas.

Meanwhile, much needs to be done to make California more fire resistant and to reduce the impacts of wildfires when they occur. The fact is that when the conditions are right (high heat and winds, dry vegetation, etc.), we will never be able to prevent fires, particularly after 100 years of fire prevention and logging have increased the fire threat. But thinning of forests in the interface between wild lands and communities and establishing shaded fuel breaks along roads and on ridges with existing road systems can be effective tools for reducing the impact of wildfires. It may even be appropriate to lightly treat wilderness areas and unroaded areas through prescribed burning to restore the forest ecosystem and reduce future threats. For an example of one such project, visit https://www.fs.usda.gov/detail/eldorado/landmanagement/?cid=fseprd553069.

The Forest Service and the State of California have signed an agreement to treat one million acres a year, using logging and controlled burns, but it is estimated that California has 20 million acres that require highly expensive treatment. It only makes sense to prioritize treatment of the areas near towns and that are already roaded, rather than punching new roads and logging forests in undeveloped areas. Nevertheless, it’s clear that we can’t log our way out of this problem, if only because forests are only one source of our wildfire problem.