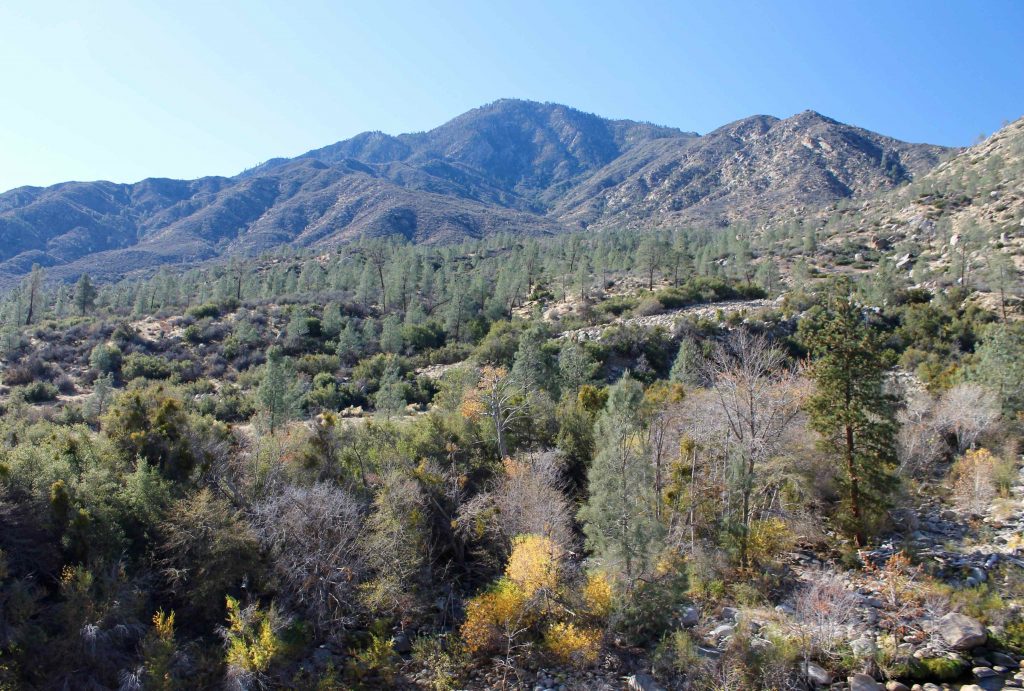 The Forest Service recently released for public review the final forest plans for more than two million acres of public lands on the Sequoia and Sierra National Forests in the southern and central Sierra Nevada. Among many other management decisions, the final plans determine which streams are eligible for National Wild and Scenic Rivers protection and which roadless areas are recommended for Wilderness protection.

The release of the final plans for public review initiates a 60-day objection period for conservation groups and the public to raise issues and object to decisions in the plans that fail to protect wild places and sensitive ecosystems. Objectors will have the opportunity to meet with the Forest Service to negotiate potential improvements in each plan before a final Record of Decision is signed by the agency. 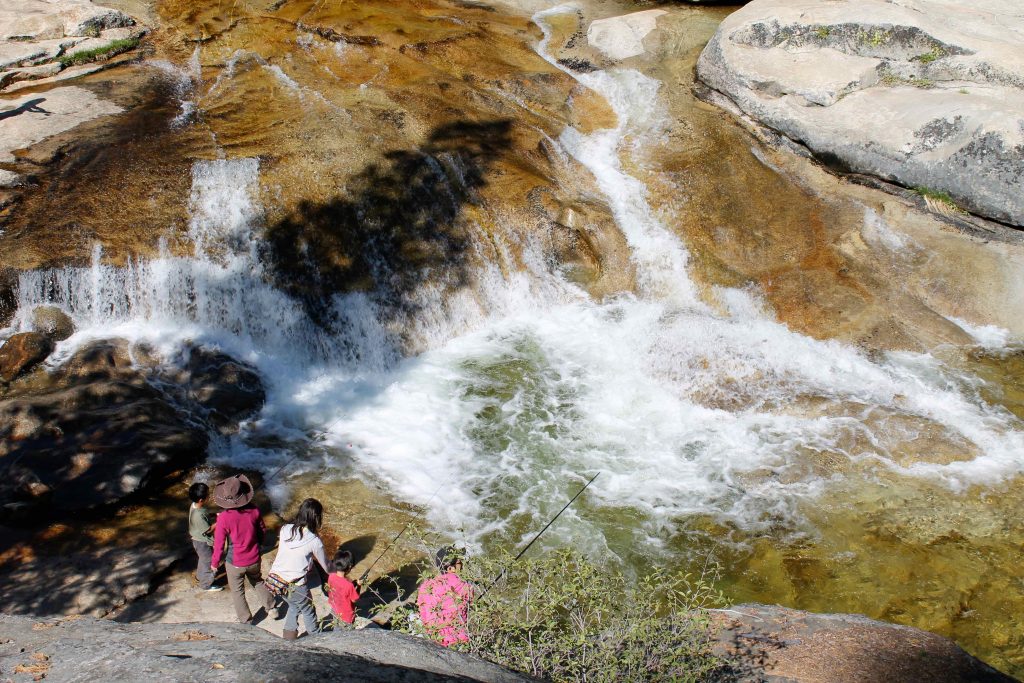 A family fishing on Dinkey Creek. Photo by Steve Evans

In addition to the astounding 223% increase in eligible WSR mileage overall, a significant improvement in the Sierra Final Plan is the determination that all 29.3 miles of Dinkey Creek, from its source in the Dinkey Lakes Wilderness to its confluence with the North Fork Kings River, is eligible for WSR protection due to its outstanding scenery, recreation, history, and prehistory values. The 2019 draft plan previously found only 4.7 miles of Dinkey Creek in two separate unconnected segments to be eligible. CalWild, American Whitewater, and others successfully argued the case with the Forest Service that thousands of people from beyond the Sierra Nevada region visit Dinkey Creek for whitewater kayaking, water play, camping, fishing, hiking, and rock climbing, making the entire stream eligible due to its outstanding recreation values.

The Sierra Final Plan also carries through on previous eligibility findings for the unprotected 12.7-mile segment of the Kings River, as well as 29 miles of eligible segments of the upper San Joaquin River (upstream of Mammoth Pool), including its North, Middle, and portions of its South Fork. The free-flowing character, outstandingly remarkable values, and potential classification (Wild, Scenic, Recreational) of river corridors averaging 320 acres/mile of eligible streams are protected until Congress acts on the agency’s eligibility findings. 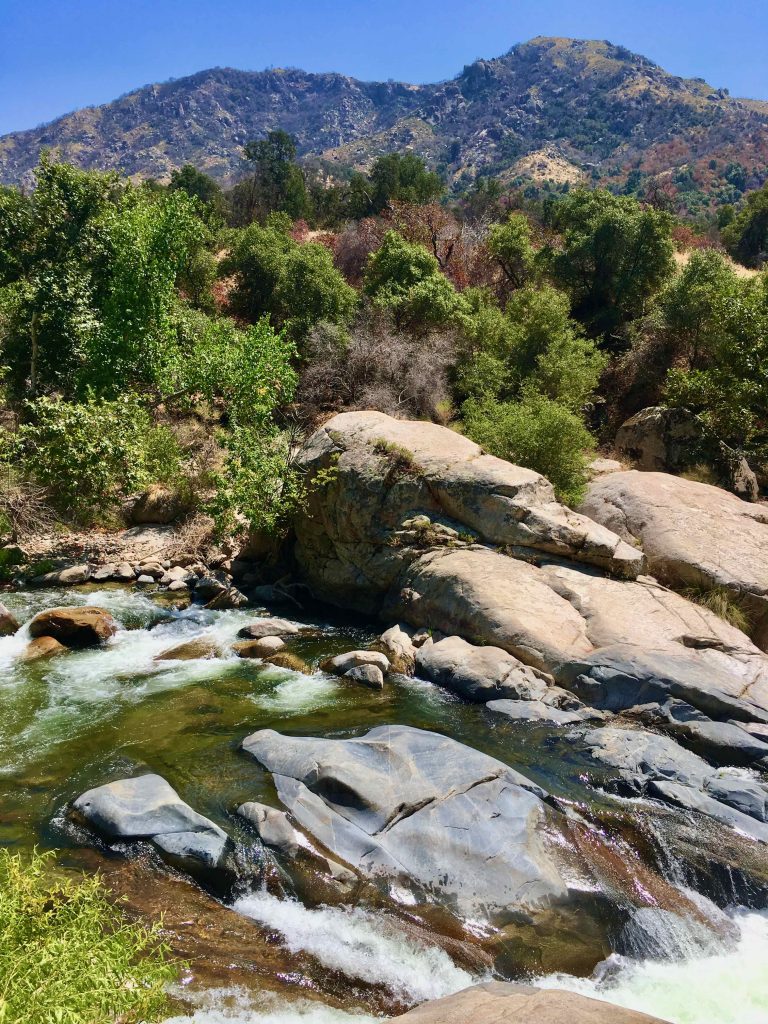 A major improvement in the Sequoia Final Plan is the finding that all forks of the Tule River (including the main stem, North Fork, Middle Fork, North Fork Middle Fork, and South Fork Middle Fork) on National Forest lands are eligible, totaling about 34.6 miles. Previously, the 2019 draft plan only found 19.8 miles of the river in three unconnected segments to be eligible.

Other significant WSR improvements in the Sequoia Final Plan include eligibility findings for several North Fork Kern WSR tributaries, including Rattlesnake and Osa Creeks, which are critical for the restoration of the North Fork’s rare Kern River rainbow trout. In addition, the final plan carries forward the previous eligibility determination for 27 miles of the lower Kern River downstream of Isabella Dam and Reservoir.

The failure of the agency to make robust wilderness recommendations, particularly for lower elevation public lands that provide year-round outdoor recreation opportunities and support ecosystems under-represented in the wilderness system, confirms the Forest Service’s on-going bias against wilderness protection. Early in the public scoping process for the Sierra Forest, an agency official announced that he thought there was already “sufficient wilderness” on the Forest, before the public even had an opportunity to comment. 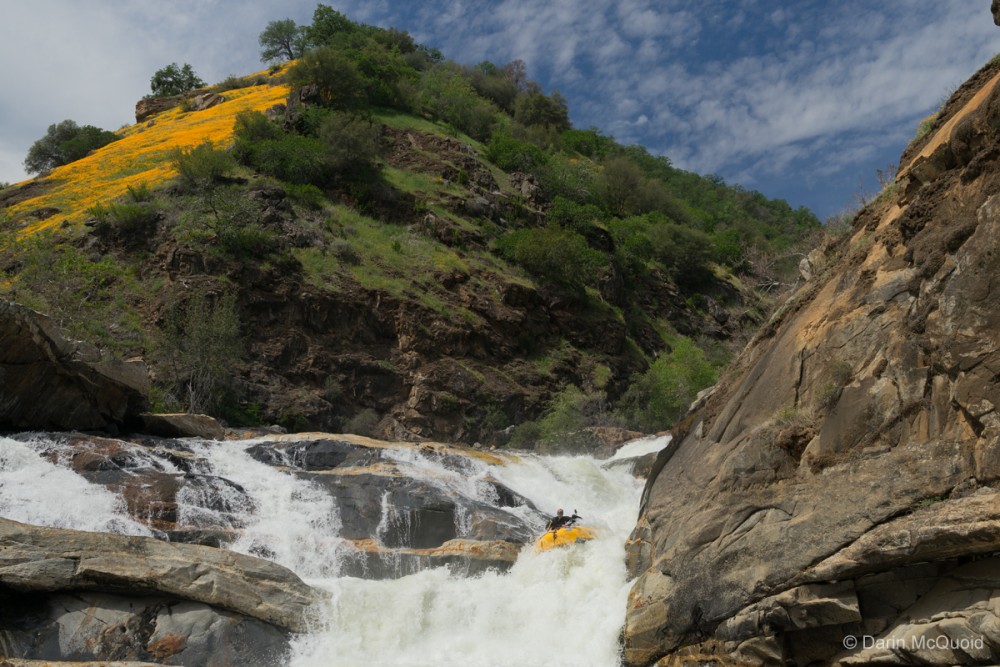 CalWild addressed concerns about non-conforming mountain bike and motorcycle use of existing trails by carefully crafting proposed wilderness boundaries that avoided these conflicts. For example, no mountain bike or motorized trails were included in CalWild’s wilderness proposal for the 17,907-acre Sycamore Springs roadless area on the Sierra Forest and the 32,000-acre Stormy Canyon (formerly Chico Canyon) roadless area on the Sequoia Forest. Nonetheless, neither area is recommended in the final plans. The Sycamore Springs wilderness proposal protects lower Dinkey Creek’s internationally renowned class IV-V whitewater kayak run, as well as the scenic Patterson Bluffs. The Stormy Canyon proposal includes the scenic backdrop to the popular recreation segment of the North Fork Kern WSR.

To learn more about the Sequoia and Sierra Final Forest Plans, visit https://www.fs.usda.gov/detail/r5/landmanagement/planning/?cid=stelprdb5444003 . For more information about CalWild’s efforts to improve protection of wild places in these plans, contact Andre Sanchez at asanchez@calwild.org or Steve Evans at sevans@calwild.org.

All stories by: CalWild
ED Report May 2022
NCIP contains fewer miles, but more segments of WSRs