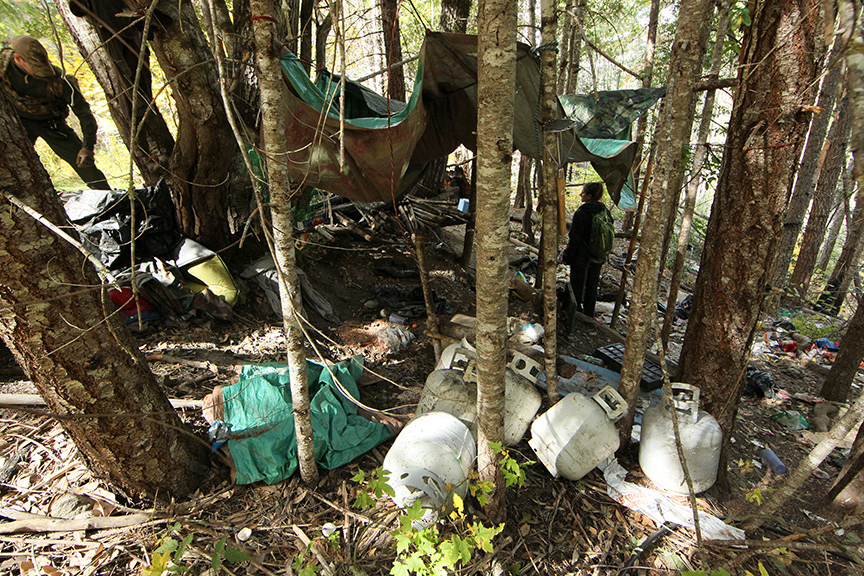 In August, CalWild and over 40 conservation and recreation groups submitted a letter to Senators Dianne Feinstein and Alex Padilla urging robust funding for the Fiscal Year 2022 Bureau of Land Management (BLM), U.S. Forest Service, and National Park Service budgets to identify, reclaim, and prevent trespass marijuana grows on public lands. The diversity of the groups signing the letter (including conservation, hunting, fishing, non-motorized recreation, and off-highway vehicle interests) demonstrates the seriousness of the issue.

For decades our National Parks, National Forests, and BLM lands have suffered from trespass marijuana cultivation. This activity has resulted in thousands of trespass grows in California and, increasingly, other states as well. Unfortunately, due to a lack of resources, we do not actually know the full extent of the trespass grow crisis. One experimental satellite study identified over 150 sites in the South Fork Trinity River watershed in the Shasta-Trinity National Forest alone. It is therefore likely that a concerted effort to identify current and former grows will reveal thousands of sites in California. 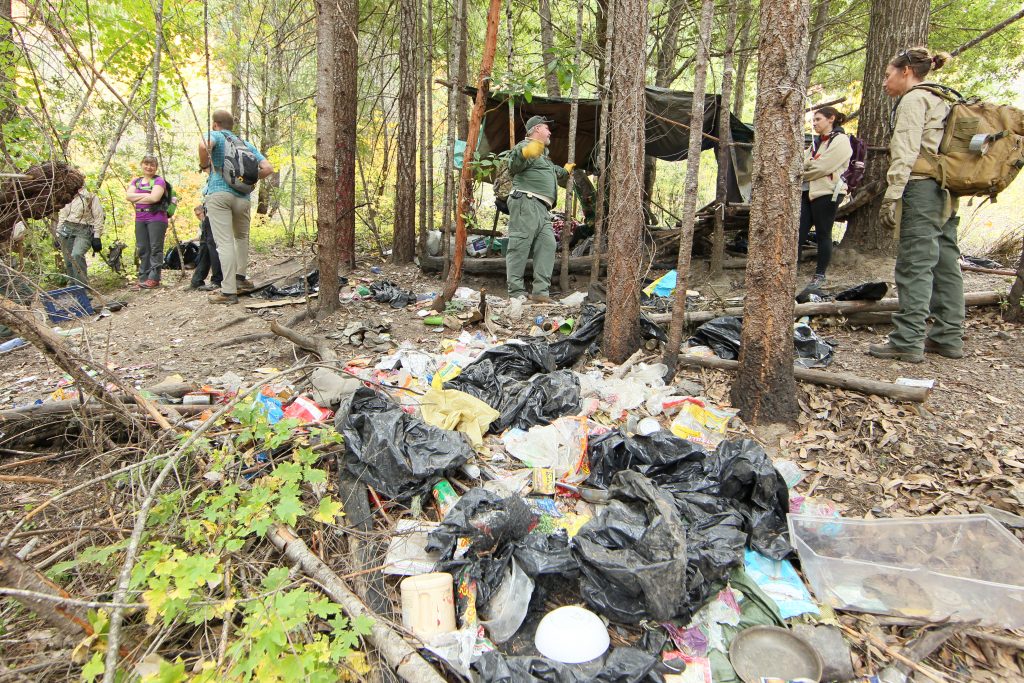 Crews clean up a trespass grow. Photo by Hung T. Vu/ Special to the CROP Project

Even our deserts are not safe. Large scale grows have proliferated in the desert in recent months. Indeed, BLM California State Office staff have identified the California Desert Conservation Area (CDCA) as the BLM holdings most threatened in the state by trespass grows and associated water theft. This is especially destructive in the desert where the scarce water sources are of critical importance to wildlife and often have important Native American cultural values.

Whether in the CDCA or in our National Forests and National Parks, the impacts are often similar: mounds of abandoned garbage and other waste, the profligate use of toxic chemicals (many of which are banned for use in the United States), poisoned, poached, and crushed wildlife, dams and water diversions, and grading and removal of vegetation. In addition, trespass grow operations often cause fires, including the Dolan fire of 2020 in the Los Padres National Forest that killed several California condors and caused a debris flow that closed Highway 1. The scope and scale of the problem in California has increased dramatically, greatly exceeding the current ability of federal agencies to address it.

This issue also seriously impacts recreationists. For example, growers have threatened public land users and have even blocked legally-open roads and trails to deter public access. A recent study in Trinity County found that trespass-grow related chemicals are appearing in the tissue of species such as mule deer that are important to hunters and local Tribes.

President Joe Biden’s recommended budget called for robust funding to address the issue. The House of Representatives approved welcome funding to tackle trespass grows in the Fiscal Year 2022 budget. Through our letter and other efforts, CalWild and our allies are now urging the Senate to do the same.

To learn more about this crisis and efforts to address it, please visit www.cropproject.org