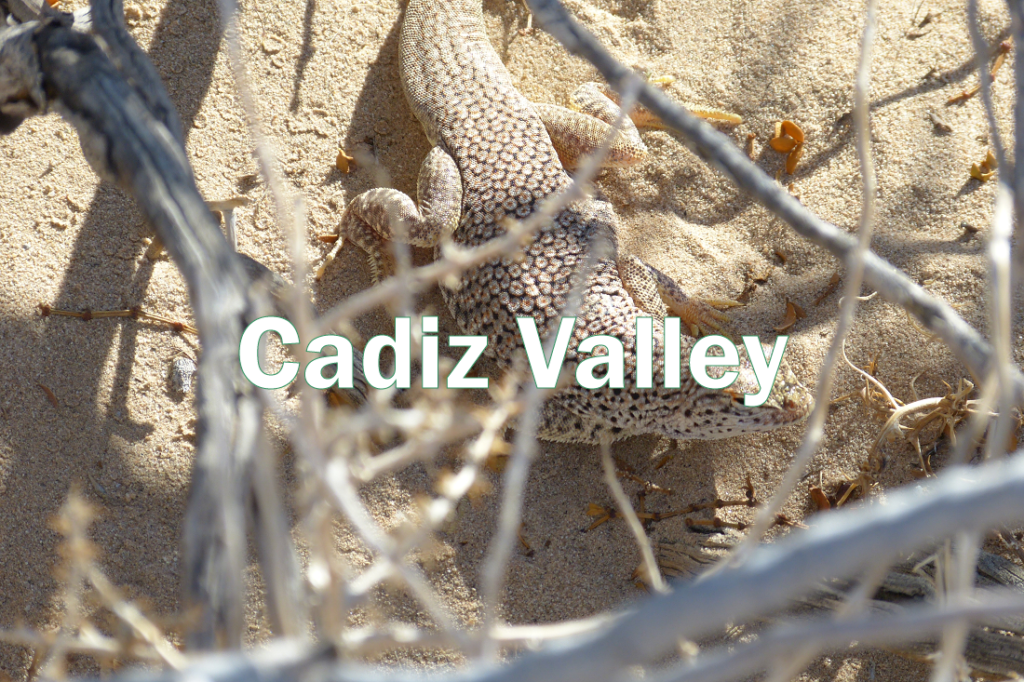 Good news – actually great news!  Governor Gavin Newsom signed SB 307 on July 31st. The bill prohibits removal of water from a groundwater basin (i.e., aquifer) underlying desert lands in the southeastern Mojave Desert, unless the State Lands Commission, in consultation with the California Department of Fish and Wildlife and Department Water Resources, finds that that removal of water will not adversely affect the natural or cultural resources of those desert lands. This means that Cadiz, Inc. must prove that their proposed water mining operation in the Cadiz Valley will not adversely affect the desert’s natural or cultural resources, something they are extremely unlikely to be able to do. As such, SB 307 essentially kills the Cadiz project.

The Cadiz Valley, located in Mojave Trails National Monument, has long been threatened by the Cadiz water mining project that sits at the heart of the Monument. A company, Cadiz, Inc., had been working for about 10 years to pump 16 billion gallons of water annually, for 50 years, from an aquifer underneath the Monument, and sell that water to southern California water districts. However, recent findings from hydrology experts that were published in the last year in two separate scientific journals had proven that Cadiz significantly overestimated the amount of water that would be replenished by rainwater to the desert aquifer it had intended to tap and that five life-sustaining springs would be jeopardized by the project because they are fed by the aquifer rather than by rainfall, as Cadiz had claimed. CalWild and other organizations worked to defeat this ill-conceived project and it appeared that victory was in sight, but everything changed with the 2016 election. David Bernhardt, whom Trump appointed as his Deputy Interior Secretary, was a Cadiz lobbyist and is a Cadiz shareholder. As soon as he took that position, Bernhardt (who is now the Secretary of the Interior Department), began making decisions that would have allowed this project to move forward under federal law.

SB 307 places what is hopefully an insurmountable hurdle to the Cadiz project ever moving forward, thus protecting important species, habitat, and sacred places in Mojave Trails National Monument and the Mojave National Preserve for us and future generations to enjoy as they are today.

CalWild listed Cadiz Valley as one of our Top 5 Threatened Places last year, and we’re thrilled to have overcome this threat for the time being.

All stories by: CalWild
Update on Mixed Sierra and Sequoia Plans
EVENT: Public Meetings for Sierra Forest Plans in Bakersfield and Clovis, August 20 and 21