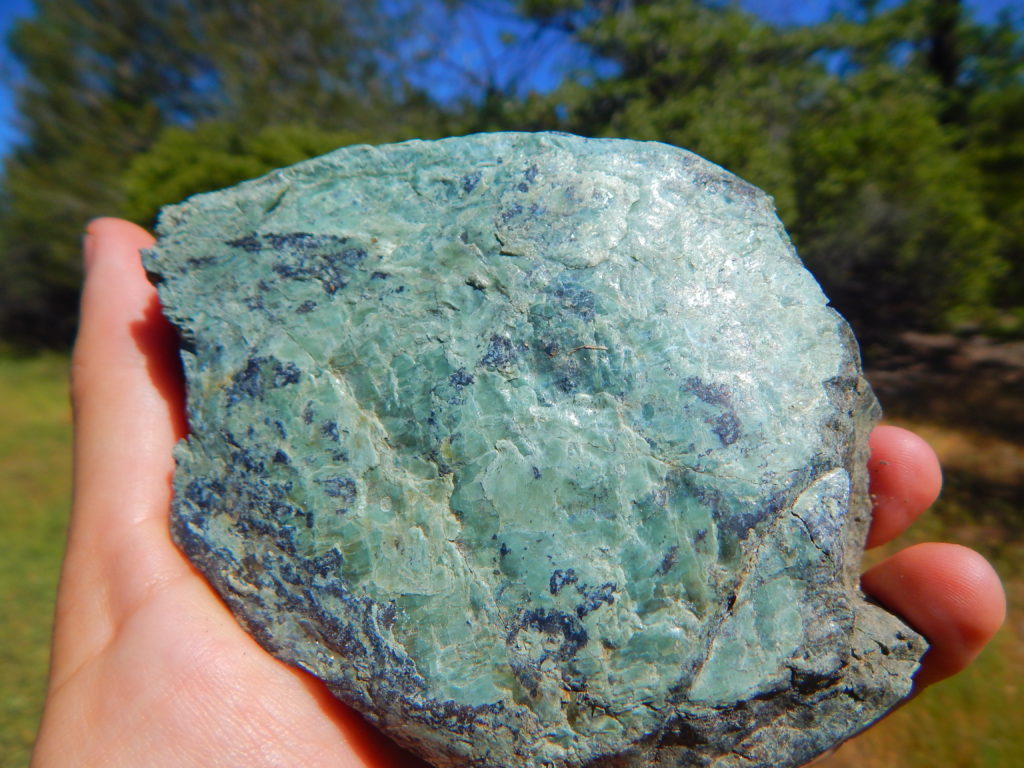 Stuck on (and in) the Sanhedrin Tract

I was hiking back at a rapid clip along a narrow terrace of a steep hillside, early on a balmy June evening, when I felt the large animal spring up from its bed behind the manzanita and ceanothus. This was not the first time I had surprised resting mule deer here. I was on a three-day survey of a private tract between the isolated Sanhedrin and Yuki Wildernesses in Mendocino County. I say I felt it because when a few hundred pounds of mammal gets suddenly to its feet, it is more of a tremor through the earth than a noise, although a little bit of both.

Pausing my stride, I waited for the subsequent vibrations of Odocoileus hemionus trotting away from me. But there was none of the distinctive four footed bounding of a mule deer resonating through the rocky soil of the overgrown logging route I was on. Nor was there the sound of crashing vegetation – only an eerie stillness.

And then a round, distinctly un-deer face peered directly at me around a bush a few feet above the trail about 15 yards ahead. In a liquid movement, the head seamlessly and silently turned down the trail and began heading away from me, a long tawny form soundlessly flowing behind it, tapering into a sinuous black tipped tail as its lilting rear guard.

My mind was reeling, struggling to catch up as this forest ghost melted down the trail. “That’s…not…a deer,” my internal monologue stated in slow motion. “Deer…don’t have…long tails…like that. Gosh…I think…that is a…”

Before I could finish my slurred thoughts, the animal paused to look back at me for split second, removing all doubt and confusion; I had just surprised a mountain lion. Puma concolour. As I realized this, the elusive catamount had returned to its quick, low-slung withdrawal from my presence.  I vaguely remembered the camera around my neck but was unable to take my eyes away from this magnificent creature, hypnotized by its undulating tail.  As I finally fumbled the camera to a useful position, the big cat turned to the right and leapt effortlessly up a 10-foot ledge in a single bound.  “Don’t go!” my internal monologue pleaded just before this once in a lifetime encounter ended.

Then the adrenaline kicked in and my internal monologue broke through to my lips with some choice words in the spirit of “Holy crap!”  I had just encountered an almost mythic beast – an apex predator that can make a human question their heretofore unquestioned dominance of the world. Particularly when that human now has to pass directly under the ledge where said apex predator has just disappeared in a jump no Olympian could clear. It was getting dark and I had about 5 miles of people-less wild left to traverse before returning to camp. 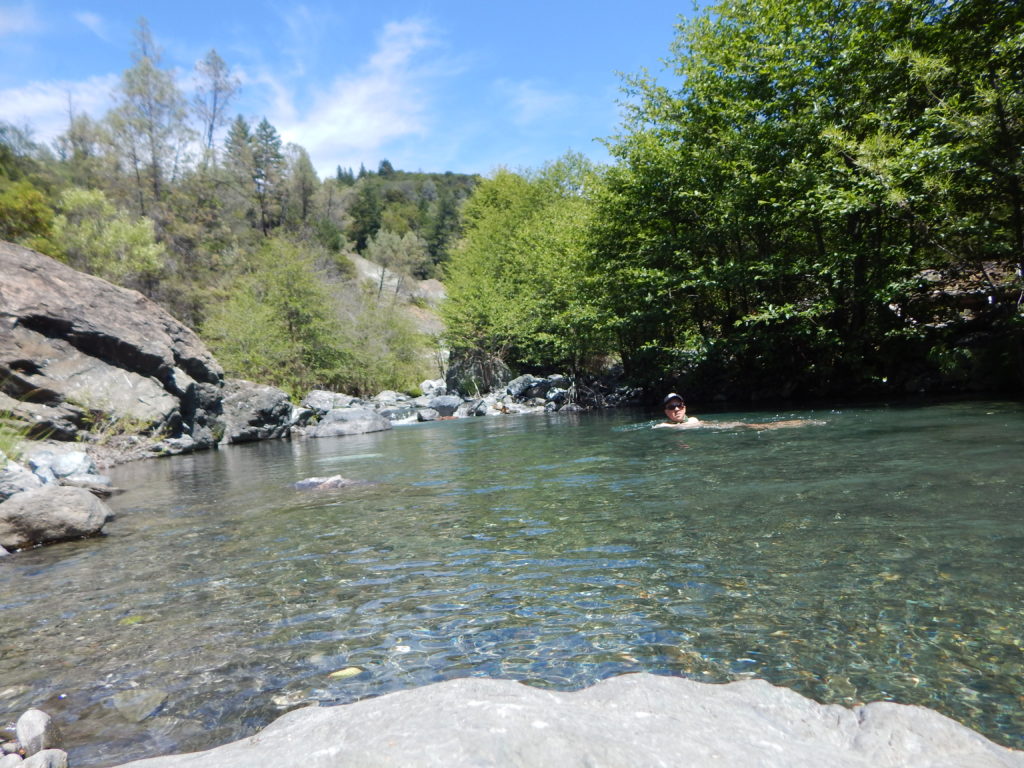 Back at camp, I toasted my superior woodsman skills (“I surprised a mountain lion!”) before dashing that self-administered pat on the back with a humbling flat tire as I drove out. Having already punctured one of the inadequate rental truck tires on the rocky way in, this latest flat required a satellite phone rescue, which in turn netted us a close encounter with a momma bear and cubs on a Forest Service road.  But I digress.

As should be apparent, this recovering logging land is certainly a lower-case wilderness that very much deserves to be an upper-case Wilderness. A land where the analogue surpasses the digital – where Google Earth is less accurate than ground-proofing, where your brain and compass and innate navigational skills are often worth more than your GPS unit.

It is also a landscape full of surprises. Where every old cleared lumber landing is a new vignette: here browsing coveys of mountain quail (my first encounter with this species – check that off the life list), there pocket wetlands full of tadpoles or canvasback ducks, or pocket meadows sprinkled with bear and elk scat. Where a hiker will startle sunning yellow-bellied racers, snakes which, true to their name, dart thither and yon across meadows, up into trees, and even over boots. 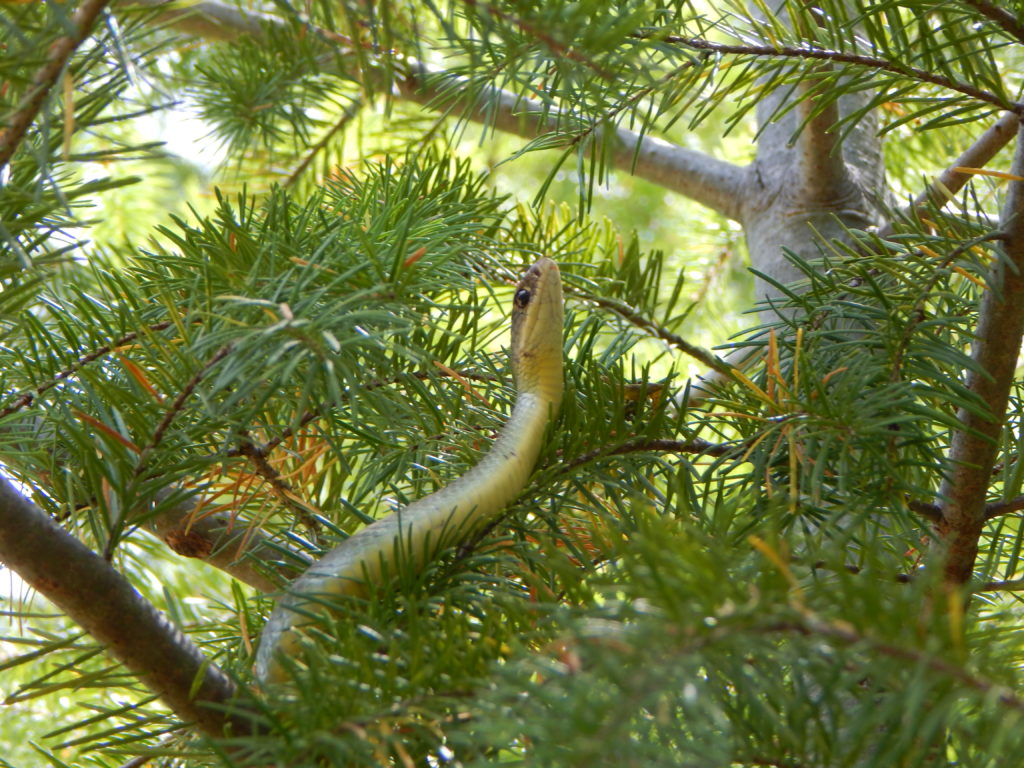 Despite the very apparent history of logging, there are large timeless swaths here. Where clear, cold creeks tumble over rocks, then slow their pace in deep calm swimming holes in which one might share the shade of towering old growth oaks from an older, grander California with wary western pond turtles.  A landscape where the scars of the logging past are healing, yet the historic infrastructure left by Louisiana Pacific provides the means to explore this rugged, steep, and remote wilderness.

Hot and dry in the sun and cool and moist in the shade. This is a land of opposites intertwined.  Of blue green serpentine soils and towering boulder piles. Large, tropical-looking madrones display naked honey colored trunks alongside dark brooding stands of unharvested ponderosa pine plantings. Where, with luck and stealth, you can surprise a mountain lion or camp beneath the hoots of spotted owls returning to a maturing second growth forest.

Just be sure to bring an extra spare tire.

Andrew Fitzpatrick is a contractor with California Wilderness Coalition that is helping survey the Sanhedrin Tract in anticipation of its sale to the Mendocino National Forest as new wilderness. 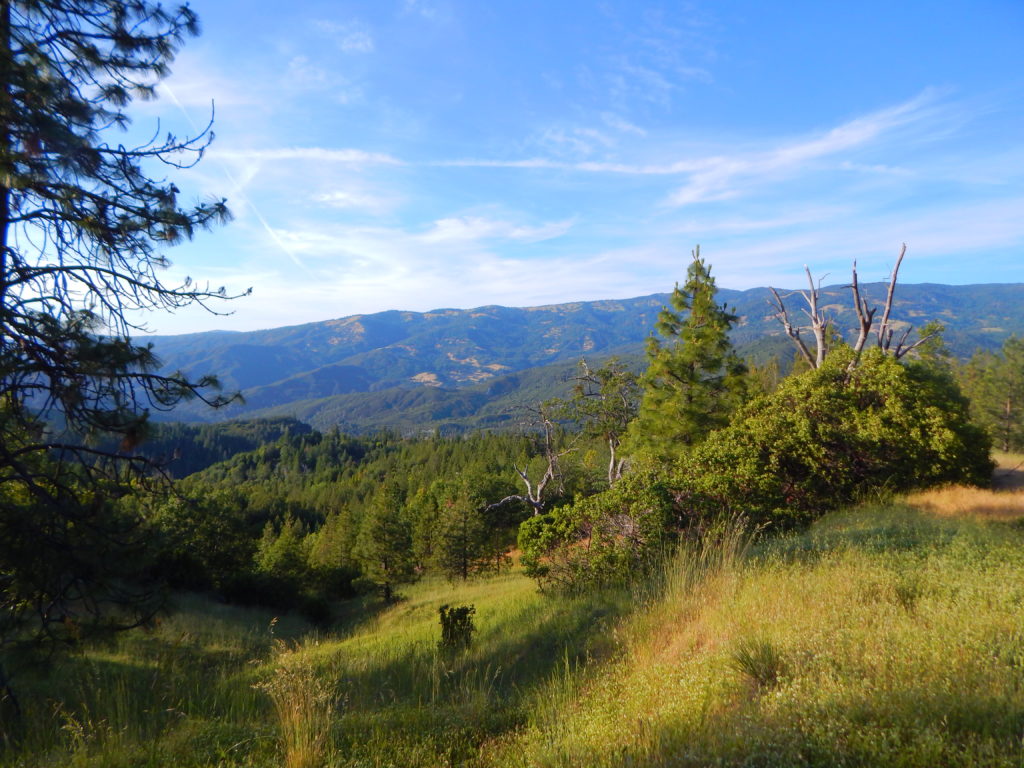 All stories by: CalWild
A mountain that begs 1,000 summits
Touring Camp Iron Mountain