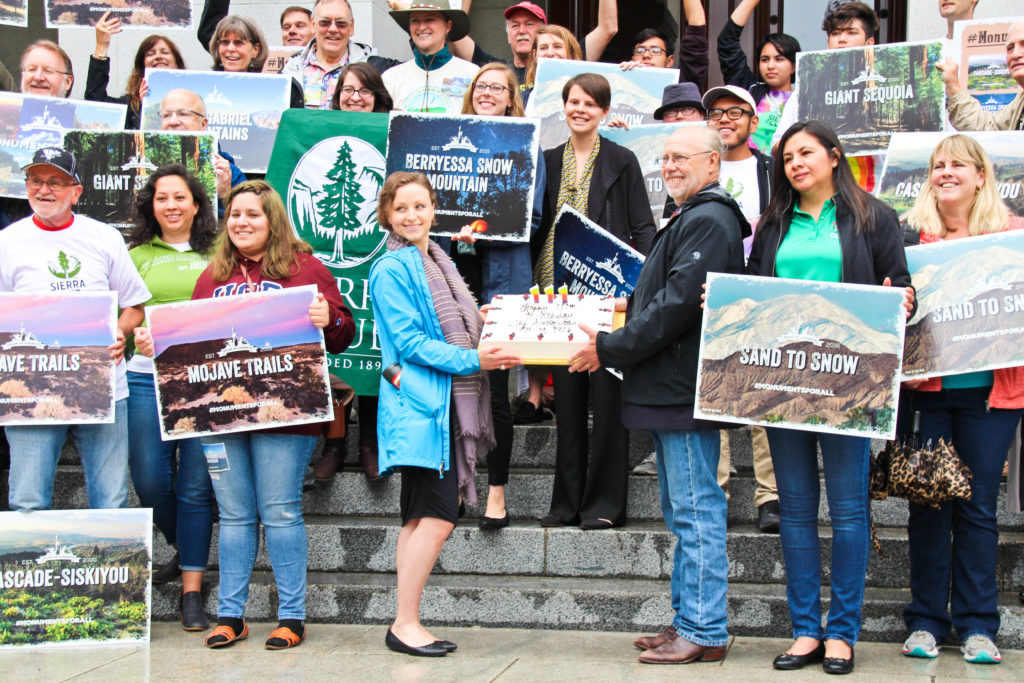 Sacramento Rallies for Monuments and AJR15

Like most capital cities, Sacramento represents many confluences: political, cultural, ecological. On June 8th, activists from across the state gathered there in this spirit to celebrate the 111th anniversary of the Antiquities Act and witness the passage of a state bill advocating for federal public lands in California: AJR15.

The anniversary of the Antiquities Act normally passes without much attention, even in the hyper-vigilant social media sphere. This year, though, there was reason to celebrate and educate: namely, the Department of Interior’s current and unnecessary review of 27 National Monuments. The fact that it was the 111th anniversary of the Act – an attractive and impressive birthday to say the least – didn’t hurt either.

Running against the anti-public lands sentiment emanating from Washington D.C., activists and politicians alike rallied in mid-morning with colorful signs declaring their favorite California monument: Sand to Snow, Mojave Trails, Cascade-Siskiyou, Giant Sequoia, San Gabriels, Berryessa-Snow Mountain, and Carrizo Plain. There was even cake! Assemblywoman Cecelia Aguiar-Curry and AJR15 co-author Senator Bill Dodd were amongst the lawmakers who spoke fervently in support of the monuments.

“Instead of wasting federal resources on an unwanted ‘review’ of protections for California’s public lands, the President should use the money to protect our environment, provide health care to America’s working families, restore meals on wheels to the elderly, or grant college tuitions and job training to our country’s young people.” – Assemblywoman Aguiar-Curry 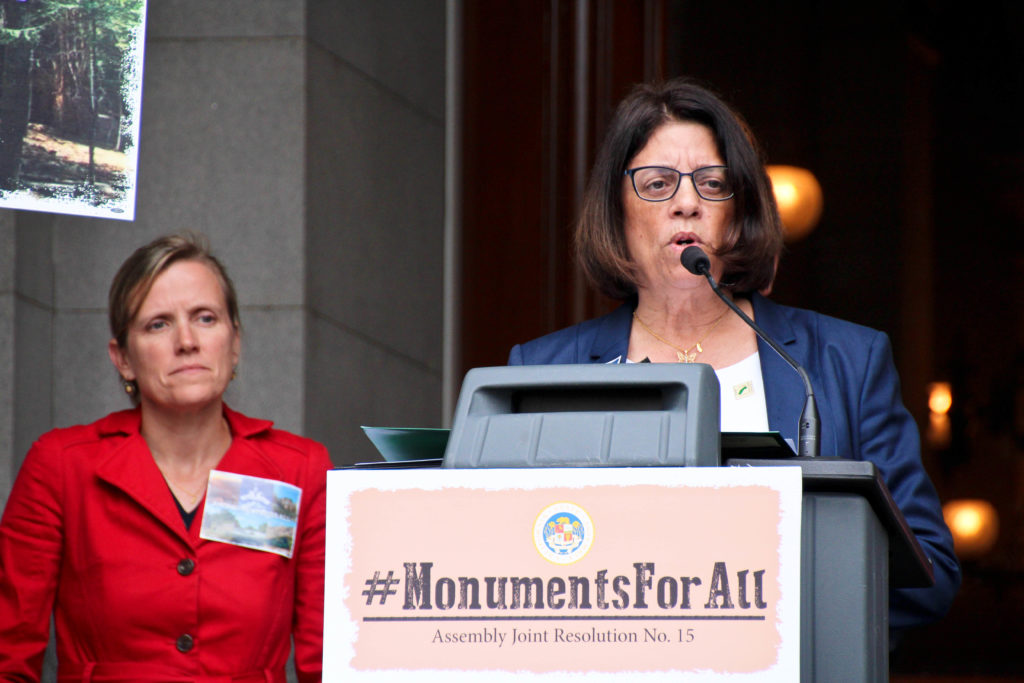 “National Monuments protect our environment and support our local economy,” agreed Dodd. “I was honored to play a part in the successful effort to create the Berryessa Snow Mountain National Monument, which will enhance recreational opportunities and visitation to the region. Preserving our region’s natural splendor for future generations is absolutely essential, and we can’t afford to move backward.” – Senator Bill Dodd

As it turned out, the same morning also saw the passage of AJR15 in the State Senate after rapidly making its way through committees and the Assembly – thanks to the support and comments made by CalWild advocates among others. The bill confidently argues that California’s national monuments are integral to the preservation of our cultural, historical, and ecological resources. It is supported by over 70 environmental and recreational groups and will help maintain California’s reputation as a national conservation leader.

As more threats like this review come pouring out of the White House and Congress, it’s essential that we convene for rallies like this and show our opponents that our public lands are not to be messed with. Stay updated with Calwild by signing up for our newsletter and action alerts here.

All stories by: CalWild
25 Years of Condors, Wilderness, and Rivers
OP-ED: Protect the Groundwater Beneath Our National Treasures