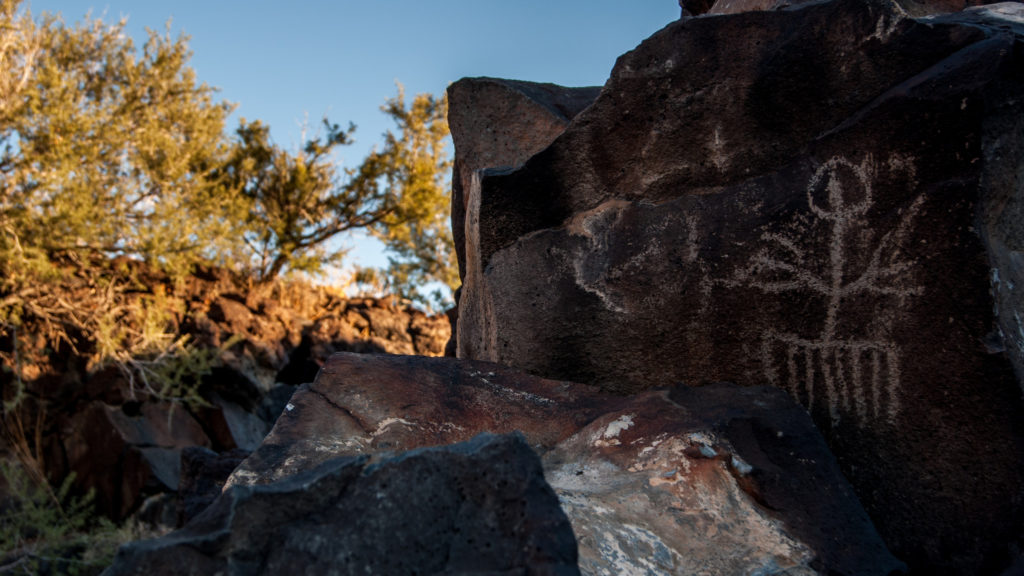 Rodman Mountains Wilderness: A Magical Place in the Mojave

When most people think of the Mojave Desert, they hope to visit well-known places like Joshua Tree or Death Valley National Parks, or perhaps go on off-roading excursions to the wildly popular Johnson Valley Off Road Vehicle usage area. However, and perhaps fortunately, for the protection of this special area, few know of or take the time to journey out into one of the Mojave’s most stunningly scenic, ecologically and archaeologically vital areas: Rodman Mountains Wilderness.

Located in the Mojave midway between Lucerne Valley and Barstow in a remote, uninhabited area, the Rodman Mountains Wilderness comprises 34,264 acres of mountains, bajadas, lava flows, sacred sites, deep canyons, and springs. It was protected under the 1994 California Desert Protection Act as designated by U.S. Congress and managed by the Bureau of Land Management.

The colorful and varied geographies of the Rodman Mountains Wilderness are home to bighorn sheep that come to sip at its natural water tanks, and golden eagles and prairie falcons are also found here in abundance. This special spot of the Mojave is also one of the few core breeding areas for raptors in the California Desert, making its ecologic intactness and protection by organizations such as the CalWild all the more crucial.

I’m one of the lucky people who has had the privilege of visiting and spending time in the Rodman Mountains Wilderness area over the past few decades. I grew up an hour’s drive from there and on one of my early excursions during a day off from my seasonal firefighting job at the BLM California Desert District’s Apple Valley Fire Station in the 1980s, stumbled out there with a few friends in my old 1964 VW Bug. We followed long dirt road north of Lucerne Valley, not knowing exactly where we’d end up.

Passing the Ord Mountains to the west and the indelibly impacted open desert areas to the east, where off-road vehicles tore through like tornados, I drove up and over the pass adjacent to Rodman Mountain, and flowed downhill towards a volcanic cinder cone, turning right into a wash and onto a plateau at the edge of a vast old lava flow, where the road ended.

As we got out and began to explore, we stumbled upon a small canyon filled with incredible petroglyphs etched onto dark basalt rocks. Panel after panel, filled with images, unfolded throughout the length of the 1,000-foot canyon.

Coming back out of the canyon, we decided to take a long walk across the wide, open lava flow, and wander across the landscape, which was surrounded with lovely views of small desert mountain ranges and stirred to life by a warm afternoon wind.

We followed the traces of a very old dirt road, barely discernible, and after a few miles, came to another amazing spot: this, as it turned out, was Surprise Tank, a 100-foot high dry waterfall dropping off at the edge of the lava flow and comprised of hundreds more petroglyphs, astonishingly well-preserved and undisturbed.

A small pool of water several feet deep was at the bottom of the waterfall. Looking around, I found hints of visit by bighorn sheep: droppings and faint hoof prints. Above, a few ravens swirled, looking down on our lone human forms and calling out to one another.

After spending time in the shade at Surprise Tank, we headed back up to the lava flow, and began our several-mile walk across the creosote-filled desert. Soon, we came upon another amazing discovery: large circles, cleared and smoothed down to bare dirt amidst the rugged desert landscape.

These were, as I learned years later, sleeping circles. They were amazingly intact and appeared to have not been disturbed. In fact, according to one topo map of the area, there is an Indian Ceremonial Site in that very area.

As we reached the car, my predominant thought was hoping that my VW, which often needed a push start due to an aging alternator, would start. The day was getting late, we were getting tired and hungry, and I was due at the fire station the next morning for work. As far as we’d seen, we were the only people many miles out in that part of the Mojave Desert that day and estimated it was 30 miles back to the edge of the nearest small town.

I’ve been back to explore the Rodman Mountains Wilderness area many times since then, and have been both joyed at its wilderness designation in 1994, and saddened by the surge in visitors –and accompanying extreme vandalism of the petroglyphs.

Many of the petroglyphs have been stolen, or shot at, or scratched up, and although the BLM has put roadblock fences at both ends of the best known petroglyph-filled canyons, vandals have destroyed those and blatantly driven into the canyon and destroyed interpretive signs. The less accessible archaeologic areas that filled my friends with such life-impacting wonder seem to be, thanks to lack of vehicular access, a little less impacted.

Surely, this is an area that deserves and badly needs as much federal, state and public protection and advocacy as possible in an era where visits to the Mojave Desert are in epic numbers. The Rodman Mountains Wilderness – home of raptors and flushed with wildflowers in the spring; wedged between a ravaged off-road area and Interstate 40; and not far from the 29 Palms Marine Base – is a crucial source of ecologic connectivity, sacred sites, and geologic integrity. It’s my hope that it continues to be acknowledged and protected by all.

Ruth Nolan is professor of English, creative writing and California desert literature at College of the Desert in Palm Desert, CA. She is the editor of No Place for a Puritan: The Literature of California’s Deserts; co-editor of Fire and Rain: Eco-Poetry of California; and author of Ruby Mountain. She may be reached at Runolan@aol.com