The spectacular San Gabriel Mountains provide a natural backdrop for the entire Los Angeles metropolitan area – stretching from Santa Clarita to San Bernardino. The majestic mountains are the recreational “backyard” for more than 17 million Southern Californians.

Explore an interactive map of the bill here.

The following is a brief description of each element of the legislation.

On October 10, 2014, President Barack Obama designated 346,177 acres of existing federal lands as the San Gabriel Mountains National Monument. The area is within 90 minutes of 17 million people in the Los Angeles Basin.

According to the Forest Service, “The designation will help ensure these lands remain a benefit for all Americans through rock art that provides a glimpse into ancient civilizations, an observatory that brought the world the cosmos, and thousands of miles of streams, hiking trails and other outdoor recreation opportunities.”

Soaring high above the Los Angeles Basin, the San Gabriel Mountains provide Angelinos with 70 percent of their available open space and 30 percent of their drinking water. The monument serves as the backyard to the nation’s second-largest urban center.

Congresswoman Chu and Senator Harris are working to expand the monument to include additional parts of the Angeles National Forest.

The San Gabriel Mountains Foothills and Rivers Protection Act would establish a national recreation area along the San Gabriel River downstream of the Angeles National Forest by uniting parks and open space along the lower San Gabriel River and Rio Hondo channels, the existing Santa Fe Dam and Whittier Narrows Recreation Areas, and the Puente Hills. This will create an exciting network of recreation, conservation and open space lands in a “park poor” region.

Wilderness is the strongest protection available for public land under federal law. Wilderness protection means that these areas will remain free of off-road vehicles, road building and other development while staying open to hiking, horseback riding, camping, hunting and fishing and other non-motorized forms of recreation. The Condor Peak, San Gabriel, Sheep Mountain, and Yerba Buena Proposed Wilderness Areas would be protected as wilderness by the San Gabriel Mountains Foothills and Rivers Protection Act.

Wild and scenic status protects our most unspoiled remaining streams on federal land from the construction of new dams or major water diversions without impacting existing water infrastructure. Little Rock Creek and the San Gabriel River would be protected as wild and scenic rivers by the San Gabriel Mountains Foothills and Rivers Protection Act.

See the tabs or virtual tour video below to find out and explore the features of these proposed protections. 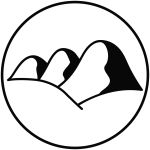 The latest news specific to the San Gabriel Mountains.

Make your own adventure! Go on a hike and explore the San Gabriel Mountains.

Some of the areas we are working to protect 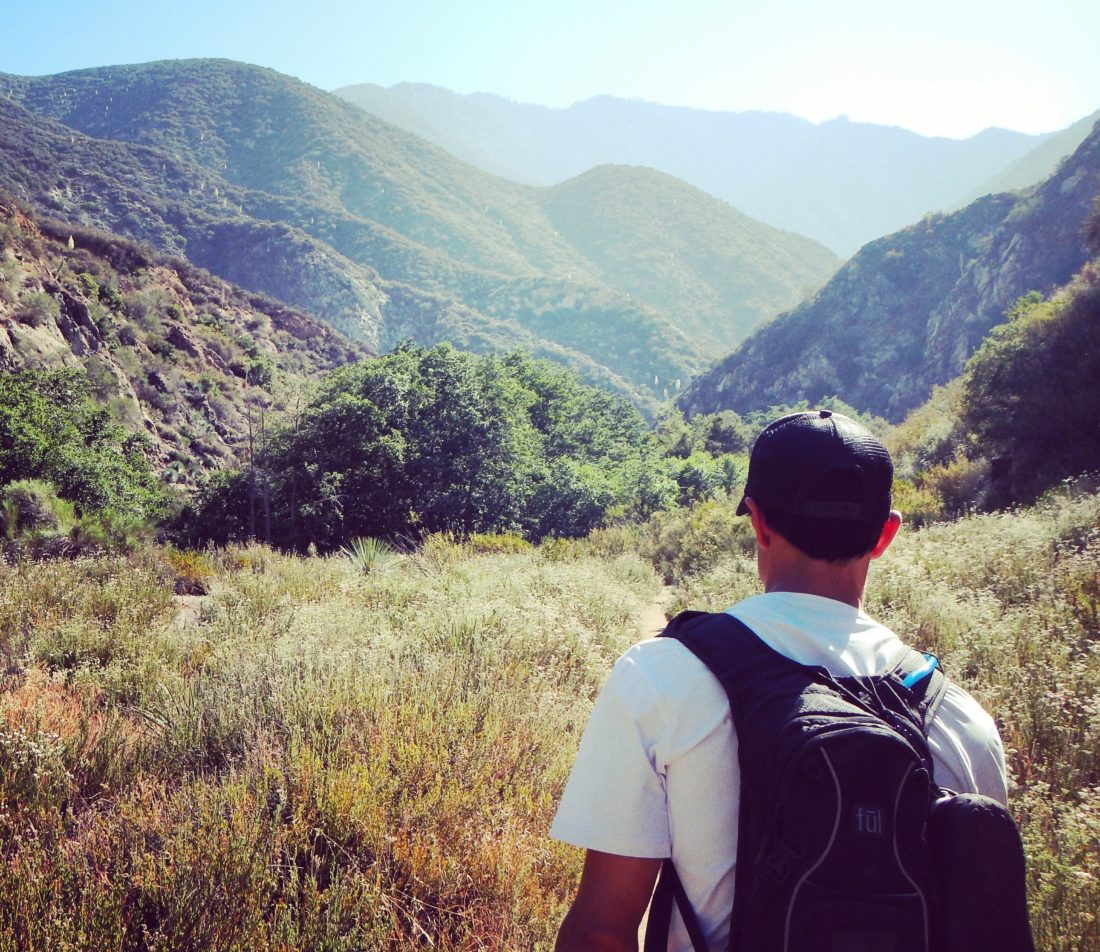 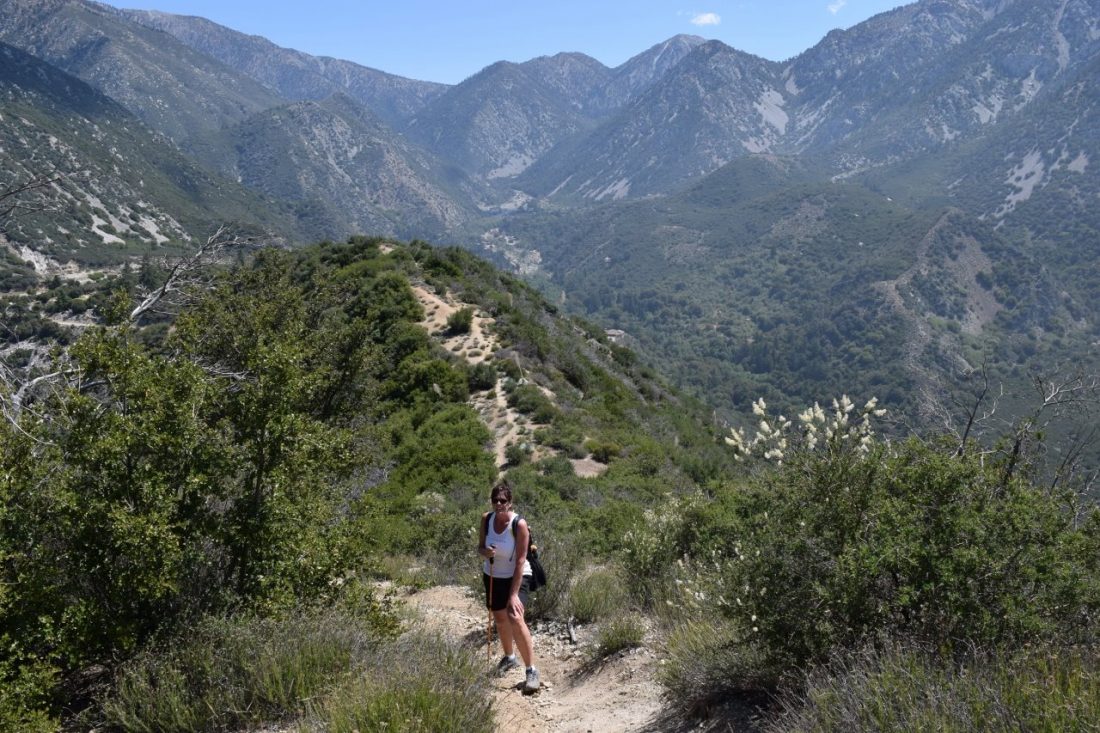 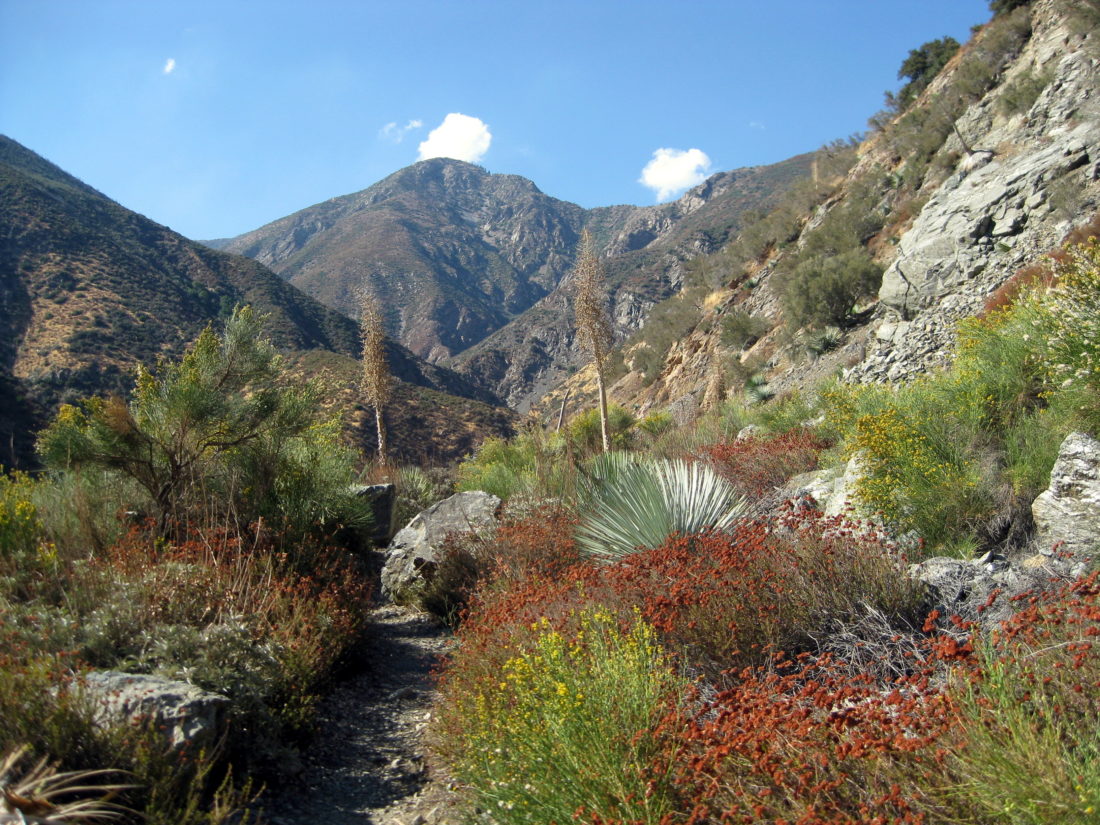 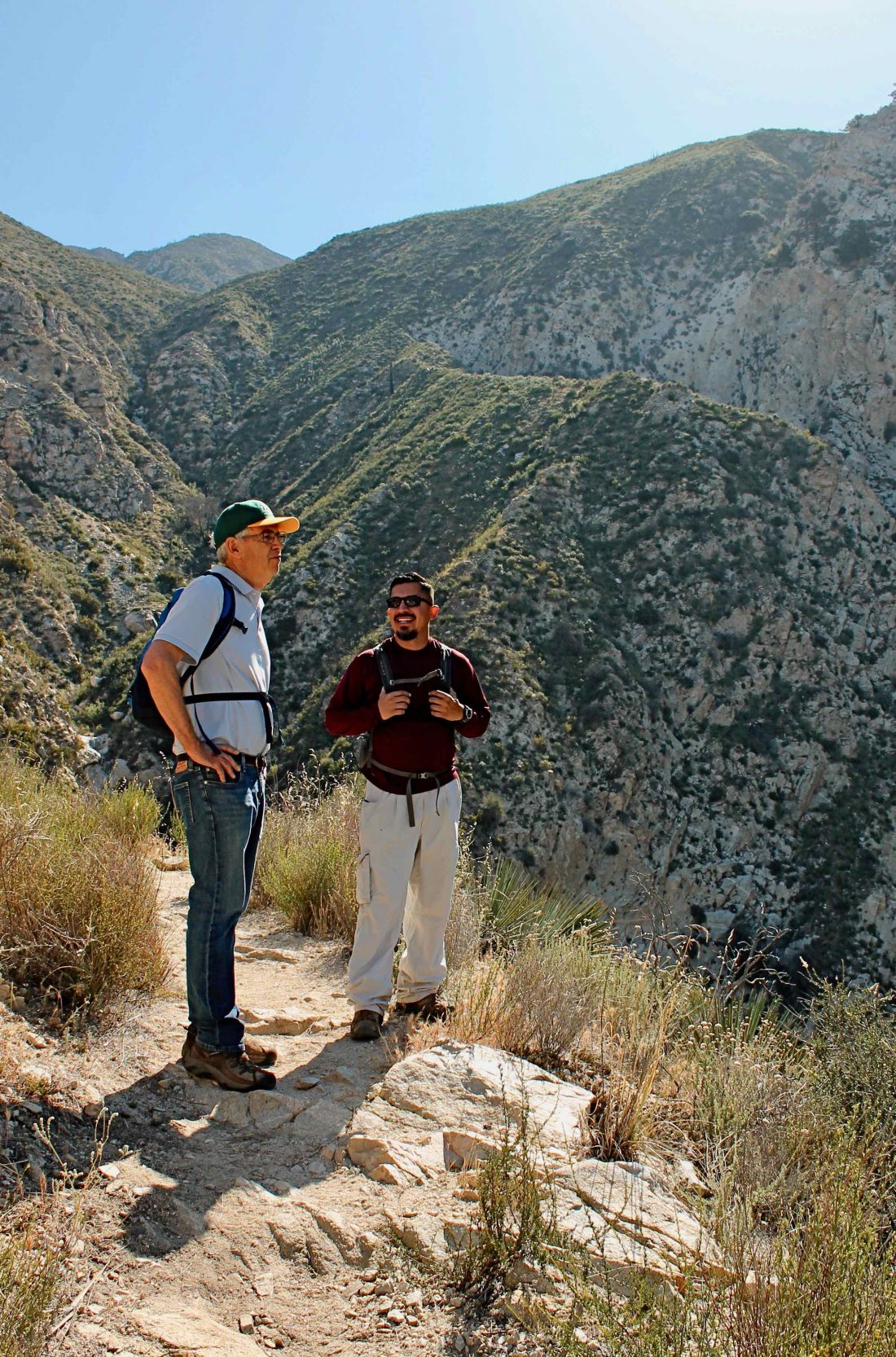 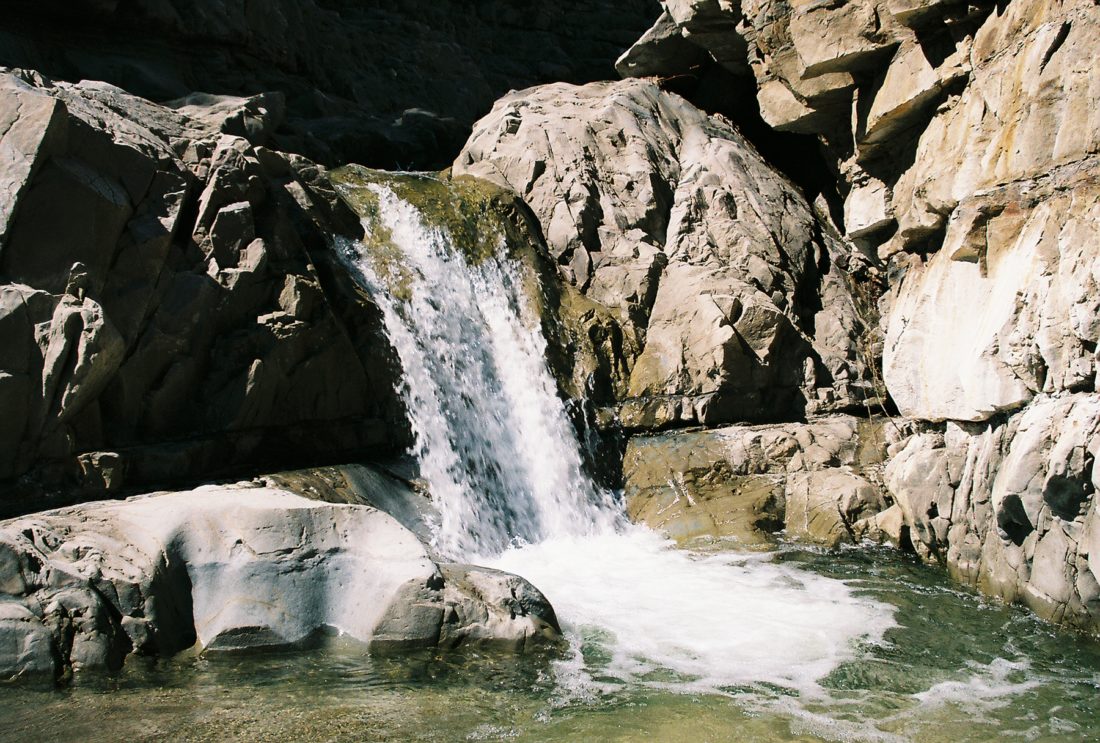 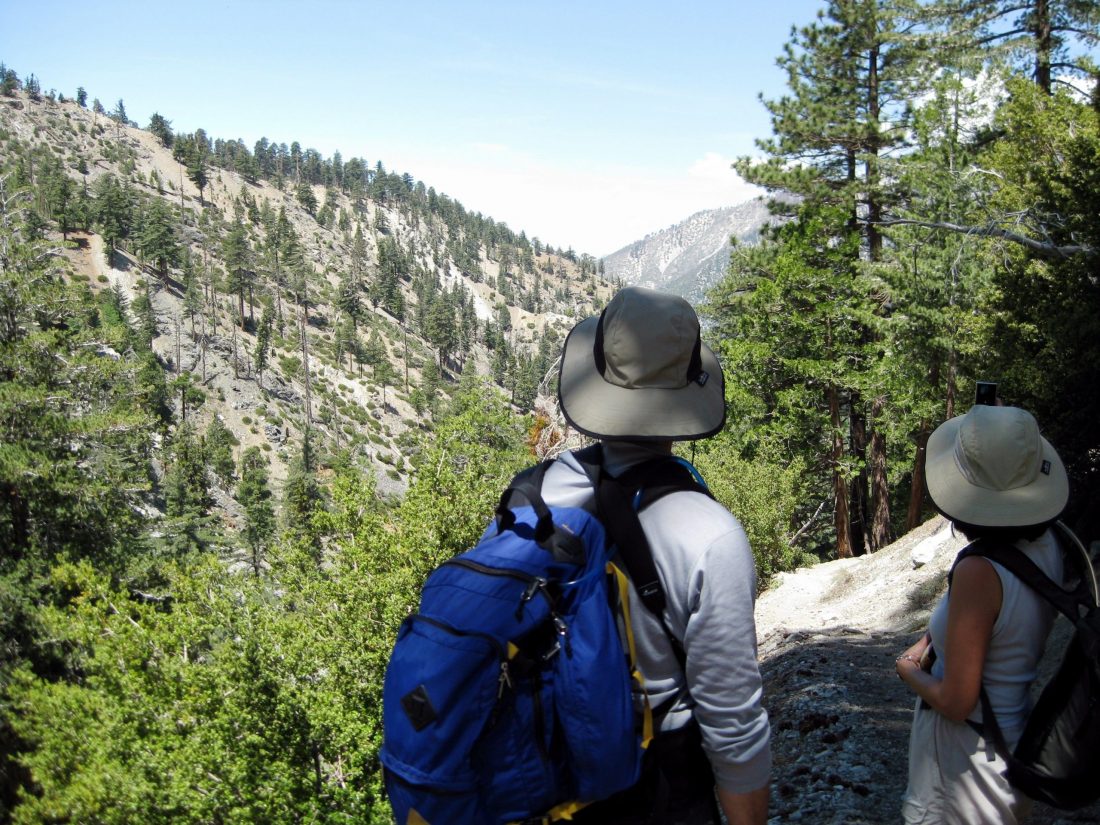 The East Fork San Gabriel River flows south from its sources deep in the Sheep Mountain Wilderness and then west to its confluence with the West Fork. The river serves urban communities in the San Gabriel Valley with clean drinking water and it provides outstanding opportunities for family day use and wilderness recreation. The East Fork was identified by the Forest Service as an area of high ecological significance providing key refugia for imperiled native fish, including the threatened Santa Ana sucker and the sensitive Santa Ana speckled dace and arroyo chub. In addition, the upper East Fork (upstream of Heaton Flat) supports a wild fishery of coastal rainbow trout and was designated a state Heritage and Wild Trout Water in 2010. The upper East Fork provides critical habitat for the endangered mountain yellow-legged frog and several other sensitive wildlife species. The upper East Fork flows through a diversity of landscapes that create outstanding scenery. The entire river is rich in gold mining history.

Small streams rise from the crest of the San Gabriel Mountains at Windy Gap and flow south, ultimately combining together to create the North Fork San Gabriel River. Like the East Fork, the North Fork was identified by the Forest Service as an area of high ecological significance providing key refugia for imperiled native fish, including the threatened Santa Ana sucker and the sensitive Santa Ana speckled dace and arroyo chub. The river canyon is framed by peaks and ridges in the nearby Sheep Mountain and San Gabriel Wilderness areas. State Scenic Highway 39 parallels much of the North Fork, providing easy access to the river for family-oriented day use recreation. Visitors from throughout the Los Angeles region are attracted to the North Fork’s year-round flowing water – a limited resource in southern California. The North Fork was also a major travel route for Native Americans between the San Gabriel Valley and the Mojave Desert. 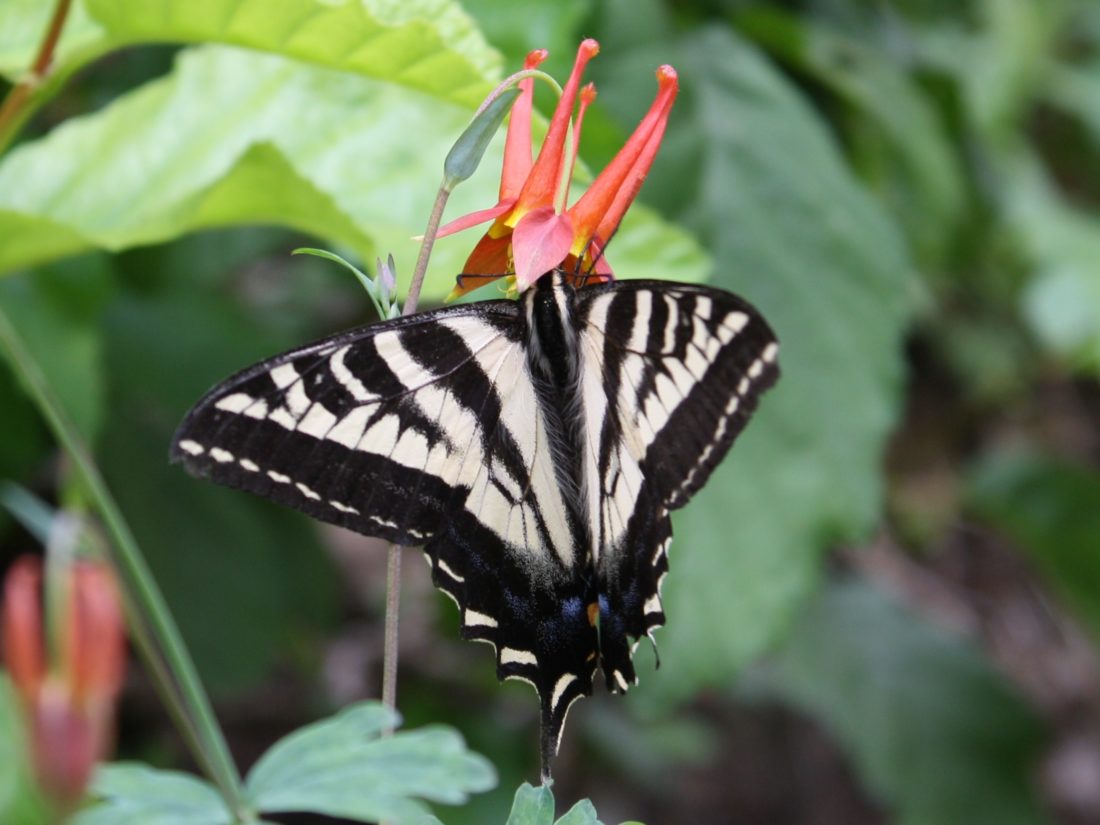 Butteryfly on the West Fork on the San Gabriel River. Photo by Steve Evans

The upper West Fork San Gabriel River begins down slope from Red Box Picnic Area on State Highway 2 and flows east to Cogswell Reservoir. Views of Mt. Wilson and Mt. Vetter provide alpine scenery that is rare in southern California. Steep canyons, conifer forests, riparian woodlands, and seasonal water falls add to the scenic diversity. Two National Recreation Trails and an officially designated OHV route provide access to parts of the upper West Fork and three backcountry camp sites. Much of the upper West Fork flows through an area of high ecological significance that includes the region’s largest and most continuous stands of big cone Douglas fir. Historic resort sites (now largely abandoned) along the river and in the watershed are evidence of the San Gabriel Mountain’s “Great Hiking Era” of the early 1900’s. Portions of the West Fork were an important travel and trade route for Native Americans from the San Gabriel Valley to the Mojave Desert.