California’s Mojave, Sonoran, and Great Basin deserts are among the most pristine and unique lands in the world. From painted mountains to hidden springs, from world-famous wildflowers to majestic herds of desert bighorn sheep, Americans have long been drawn to the stark beauty of California’s desert.

Tourism and recreation are an essential part of the desert region’s economy. The desert is also a bridge to our pioneering and homesteading roots. To this day, visitors can still follow pristine mountain streams, migrating wildlife, and historic trails for hundreds of miles, and experience a place where little has changed over thousands of years.  Local Native American tribes continue to gather and engage in traditional uses throughout the desert, just as their ancestors did hundreds and thousands of years ago.

The desert is teeming with wildlife and plant life, in large part due to the seeps and springs that dot the landscape.  Scientists have also recently discovered that the undisturbed desert is an excellent carbon sink, which is an important consideration with climate change. This unique place needs protection from encroaching urbanization, poorly-sited mining and energy projects and other unsustainable human intrusions. 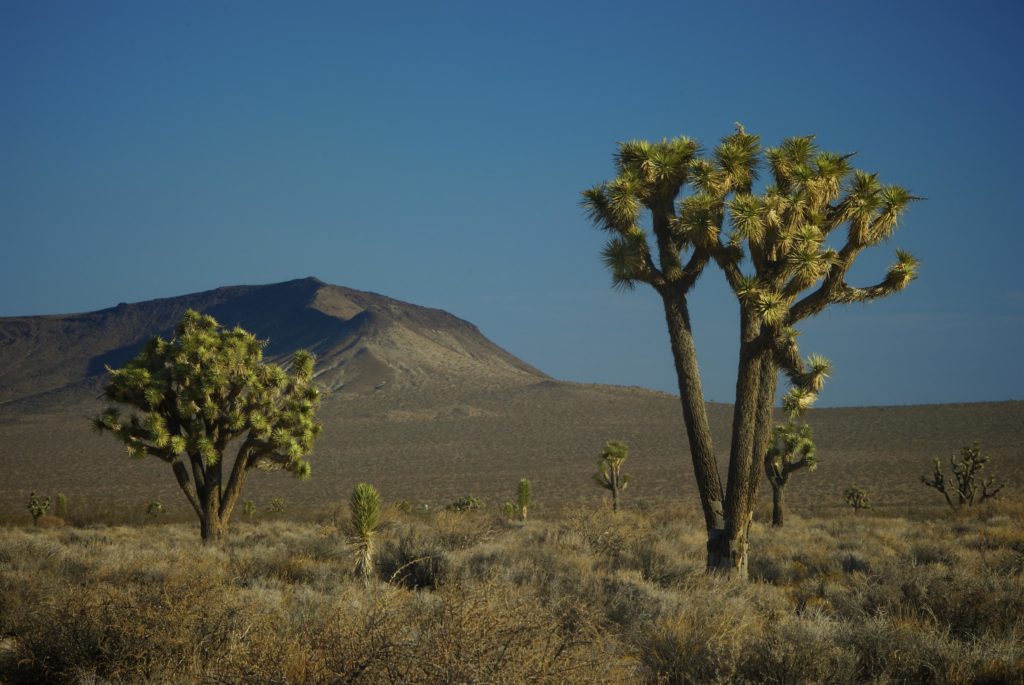 The Protect California Deserts campaign is composed of local, state, and national organizations that are working together to preserve public lands in Riverside and Imperial Counties. These lands represent a diversity of landscapes and a suite of important values including vital habitats for species such as the desert tortoise, chuckwalla, desert bighorn sheep, and burro deer. The largest component of this campaign’s initiative is the proposed Chuckwalla National Monument (CNM) which borders the southern edge of Joshua Tree National Park.

The proposed monument would include the Chuckwalla Bench, an Area of Critical Environmental Concern (ACEC), that is well-known among scientists for its rich biological diversity, especially its wide-ranging vegetation. This area, for example, is home to at least 158 different plant species including the endemic Munz’s cholla (endemic means that it is limited to a certain region, such as the Chuckwalla Bench). This unique 10-foot cactus is native to California and is only found at 2,300 feet elevation in the Chuckwalla and Chocolate Mountains.

The deserts of Riverside and Imperial Counties are havens for many unique animal species as well, including the well-known desert tortoise. These highly treasured desert creatures, which were once abundant in California, are severely threatened by habitat loss and human activity. They are now listed on both the Federal and State Endangered Species Acts. The Chuckwalla Bench is one of the largest and most intact desert tortoise habitats in the region. In fact, the U.S. Fish and Wildlife Service (USFWS) identified almost the entirety of the proposed monument as “critical habitat” for the threatened desert tortoise, meaning that the agency considers these lands essential for the conservation of a listed species. These lands are one of the last important strongholds for the desert tortoise in the California deserts; therefore, safeguarding these lands from future development is extremely important. 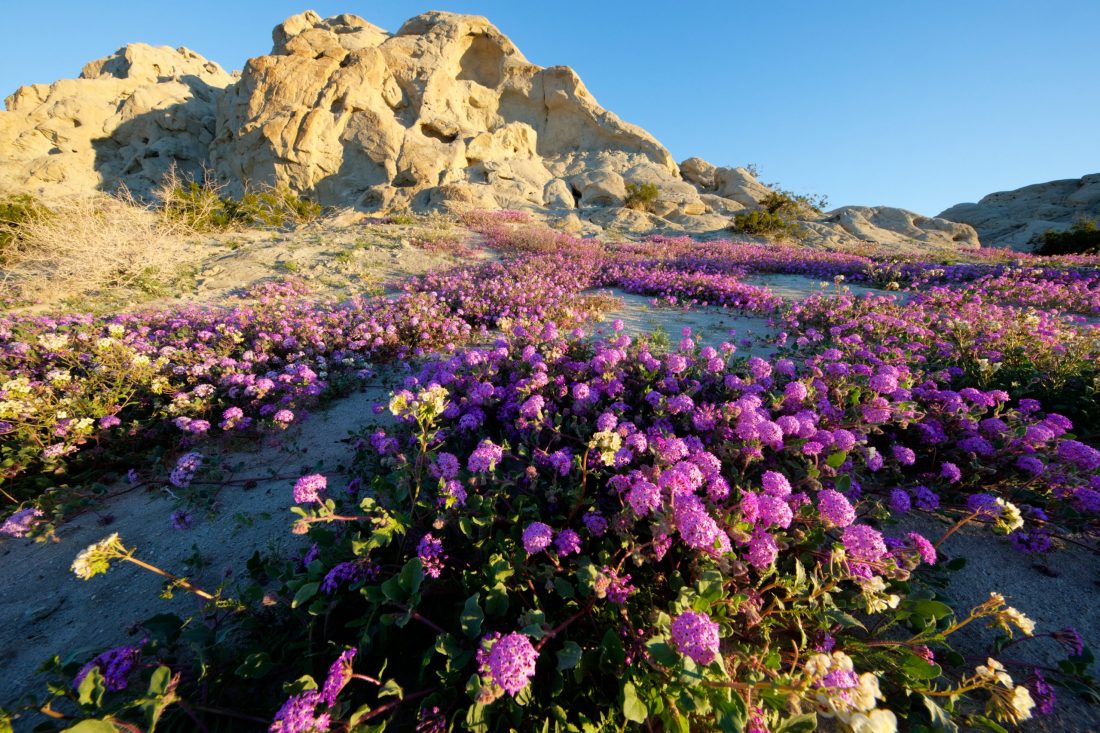 Additionally, the arid lands in the proposed CNM provide excellent habitat for burro deer, a subspecies of mule deer found exclusively in the Sonoran Desert. The USFWS selected the lands in the proposed monument as a re-introduction site for the iconic and critically endangered Sonoran pronghorn.

Moreover, the Chuckwalla Valley Dune Thicket ACEC, which contains remarkably dense pockets of microphyll woodlands, is also included in the proposed CNM. Microphyll woodlands are desert plant communities comprised of small-leaved trees, like ironwood, that provide important habitat for migrating birds and other amazing wildlife. In addition, these microphyll woodlands help transport water, seeds, and other nutrients throughout the desert, so they are essential to the health of many nearby ecosystems.

Finally, the proposed CNM will provide permanent protection for popular places like Corn Springs Campground, the “Meccacopia” area, and the historic Bradshaw Trail while keeping these spaces open for outdoor recreation. These public lands offer world-renowned recreation opportunities and are essential to enhancing equitable outdoor access for local communities.

In March 2019, CalWild celebrated another massive victory with Senator Feinstein when her California Desert Protection and Recreation Act (together with Representative Cook’s companion bill) was passed as part of the sprawling John. D. Dingell, Jr. Conservation, Management, and Recreation Act. This bill helped protect 375,500 acres of new wilderness, 73 miles of new wild and scenic rivers, and builds on the Senator’s historic California Desert Protection Act, which became law in 1994. The 2019 bill also enlarged Death Valley and Joshua Tree National Parks by 39,835 acres and established the Alabama Hills National Scenic Area in Inyo County and the Vinagre Wash Special Management Area in Imperial County, where many ecologically sensitive areas and Native American heritage sites are located. Click here to see the places protected by this bill. 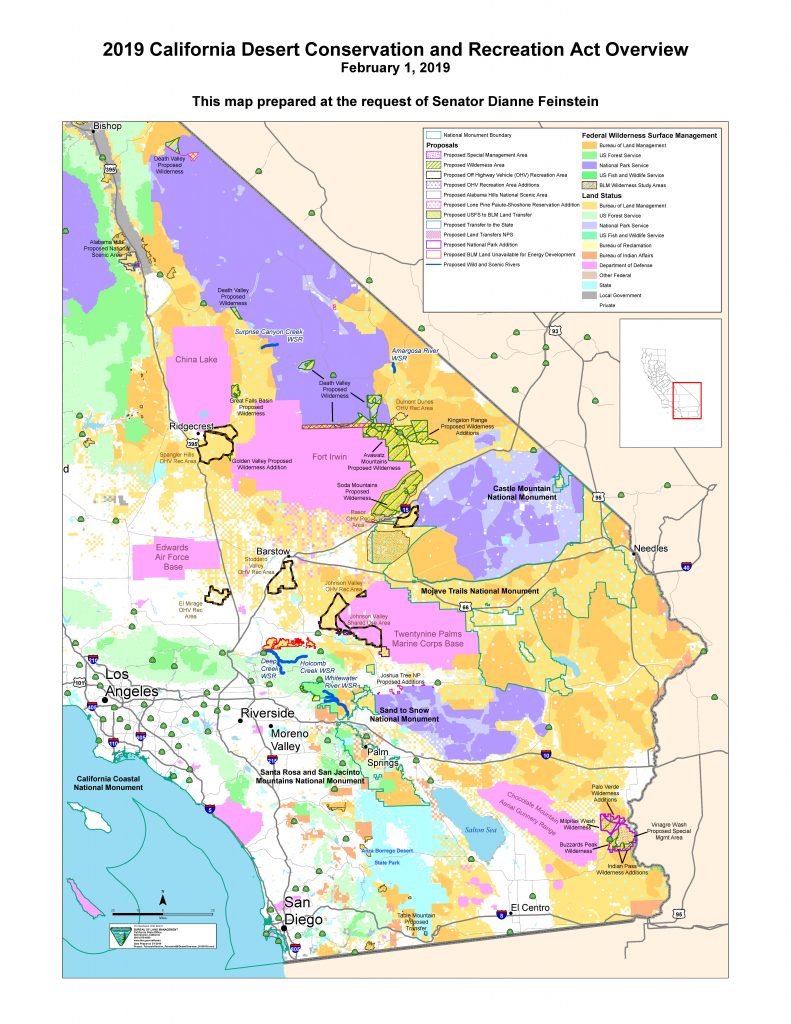 CalWild will continue to work to ensure that the Bureau of Land Management and other agencies appropriately implement the conservation aspects of this historic legislation.

On February 12, 2016, President Obama officially designated three national monuments in the California Desert — Mojave Trails, Sand to Snow, and Castle Mountains.  This designation protected these lands from energy development, new mining claims, and other harmful development while maintaining public access for recreation activities such as camping, rockhounding, and star gazing.  They remain under threat of elimination or reduction in size due to the fact that the Administration’s national monument “review” that began in 2017 was never officially concluded.

This BLM land use plan, which was finalized in 2016 after being in the works for almost a decade, was designed to balance renewable energy development, conservation, and recreation on public land in the desert.  BLM also used this Plan, which they are now referring to as the Desert Plan, to identify which lands in the California desert should be included in BLM’s National Landscape Conservation System.

The Desert Plan permanently designated 2.8 million acres of California Desert National Conservation lands and established actions that the BLM must take (or avoid) in order to protect the nationally significant scientific, ecological and cultural values that these lands possess.  However, under the Trump Administration, the BLM has embarked on a revision of this plan, which could result in many of the conservation aspects of the plan being gutted, which would undermine the carefully crafted balance between conservation and other uses of these desert lands.

CalWild is advocating for the BLM to move forward with implementation of the Desert Plan, while involving the same broad, multi-stakeholder approach that continues to emphasize state and local government collaboration.  We will also oppose any proposed changes to the Plan that will eliminate or reduce conservation aspects of the Plan.

CalWild is defending our desert public lands from multiple ongoing threats including poorly-sited energy development projects and harmful land use planning decisions (or a complete lack of land planning efforts) on the part of the BLM. 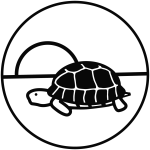 CalWild and our allies helped:

The latest news specific to the Desert.

Learn the details about the various wilderness-quality areas throughout the California Desert.

Make your own adventure! Go on a hike and explore the California Desert.

Some of the areas we are working to protect 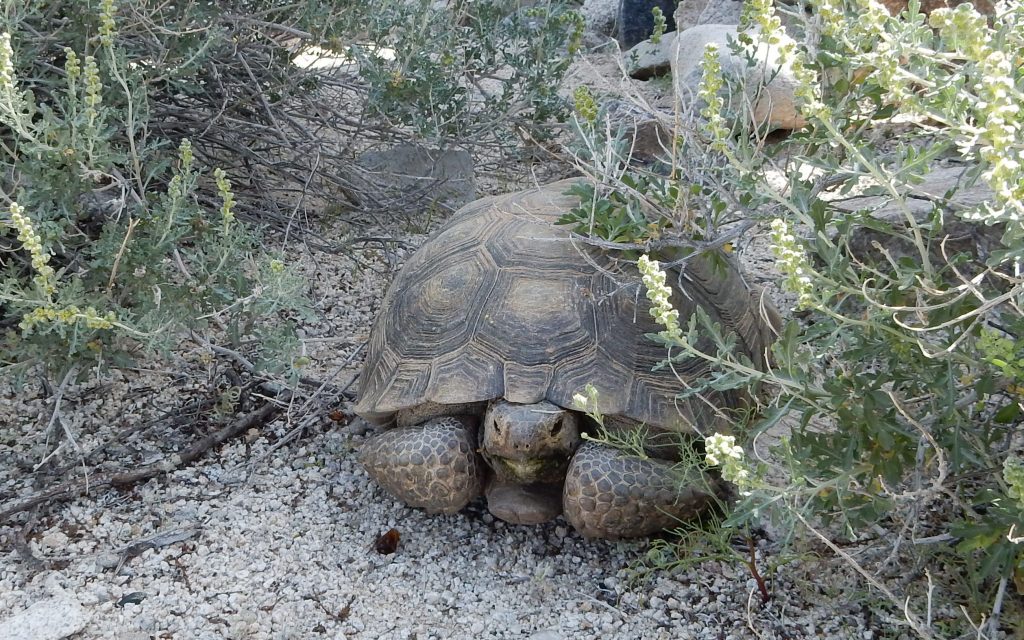 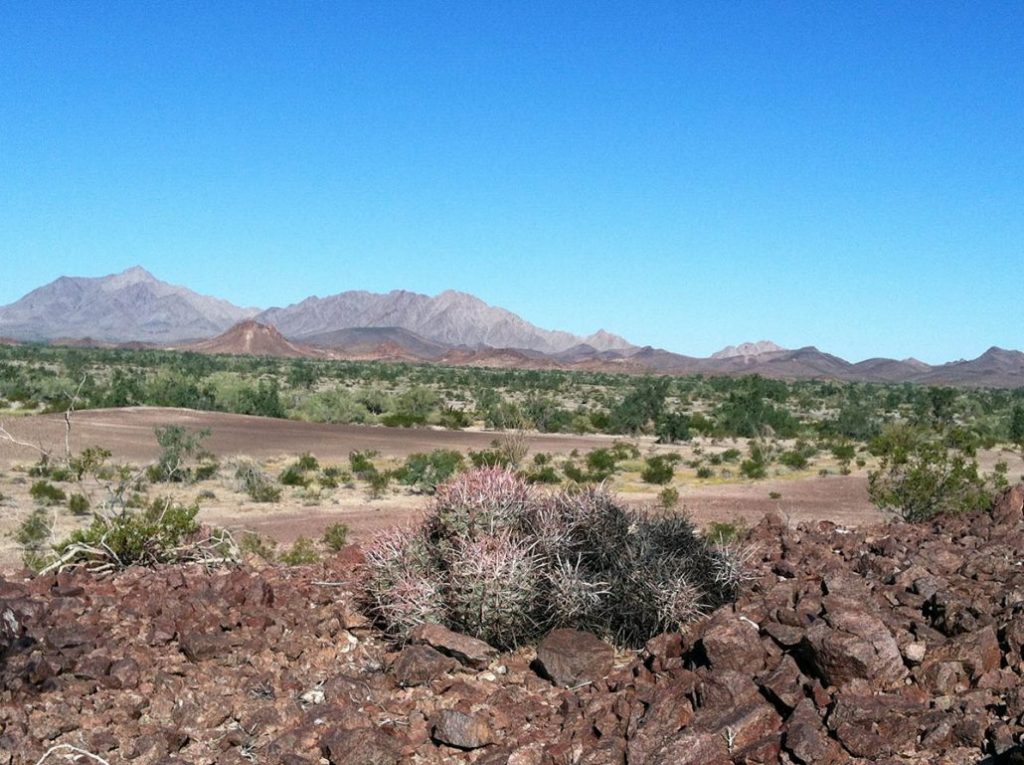 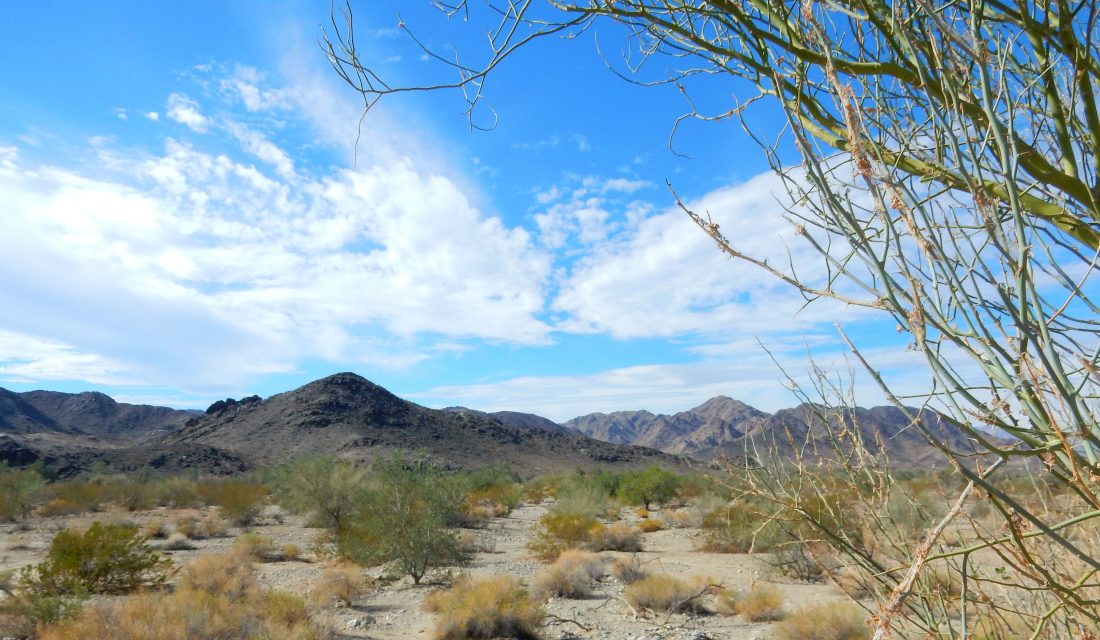 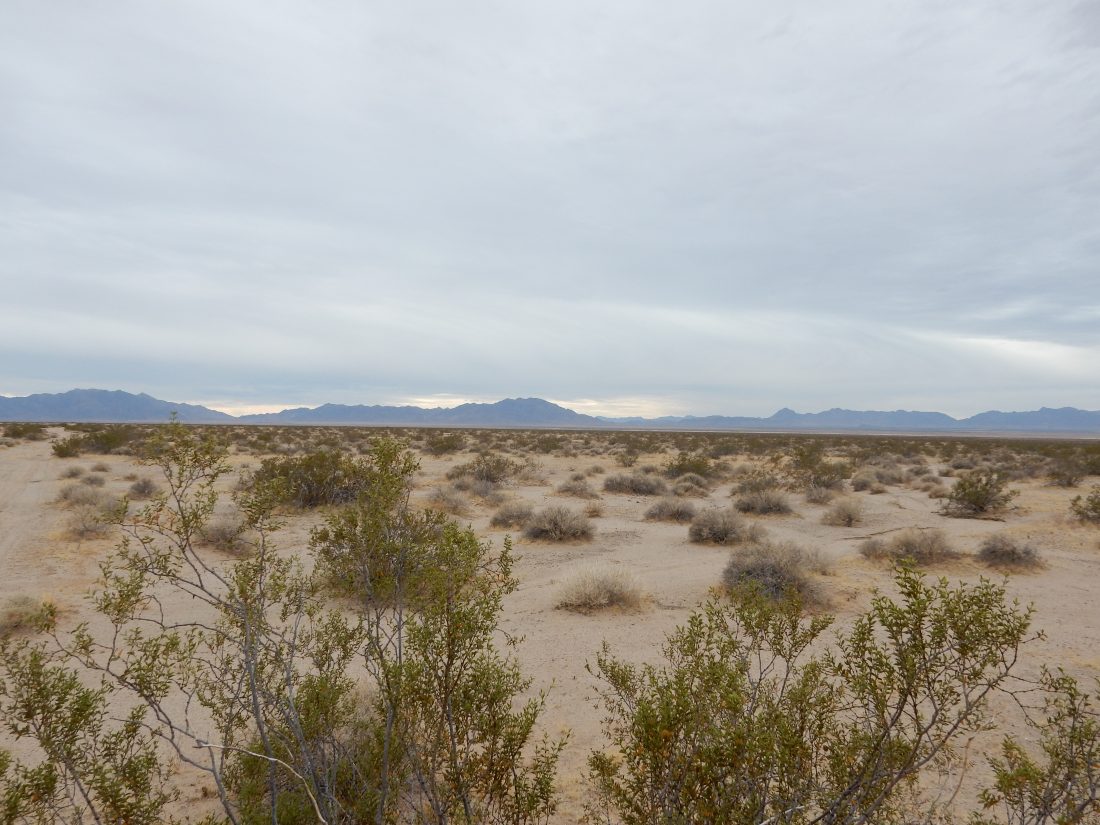 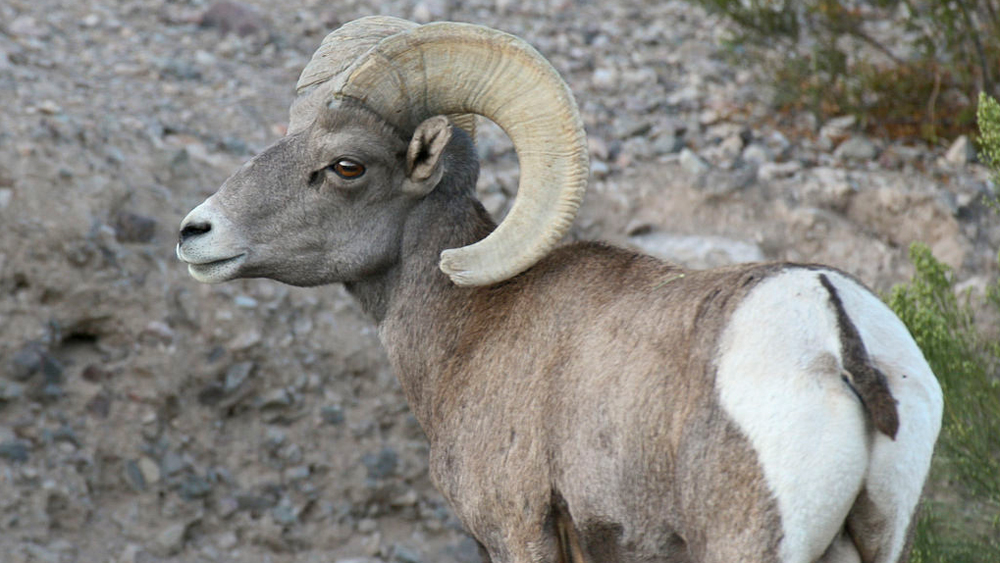 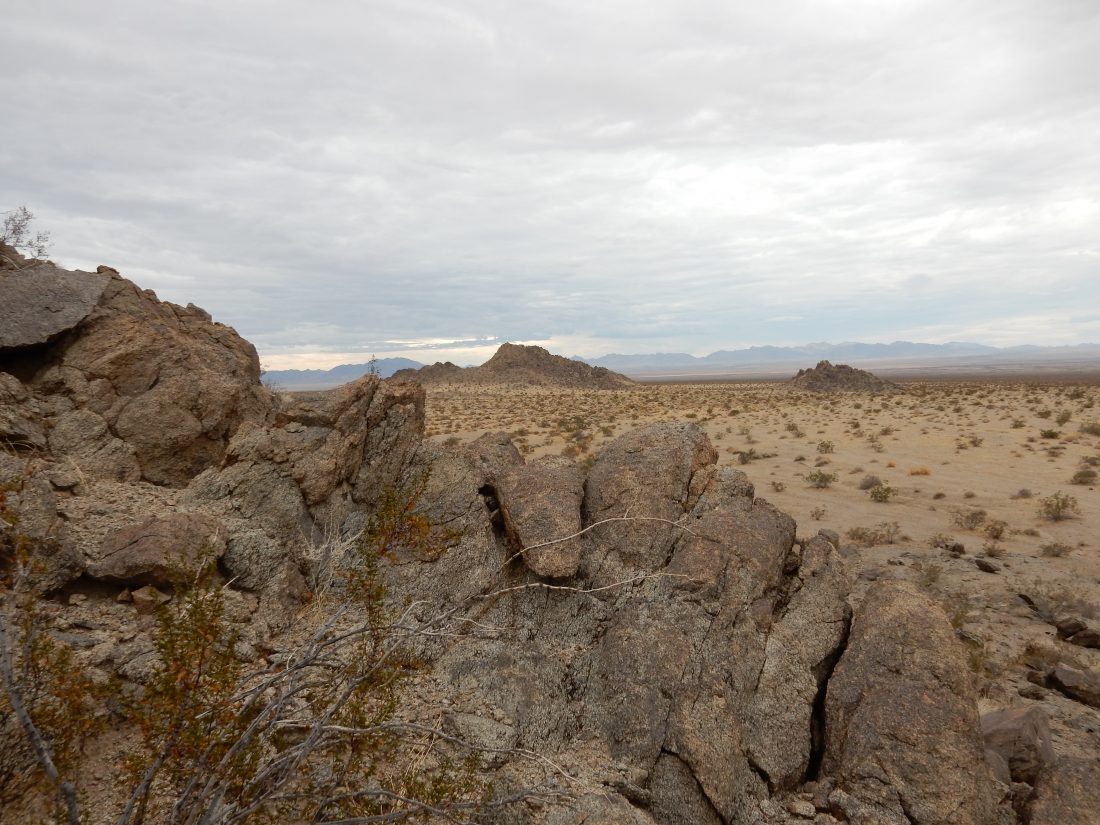 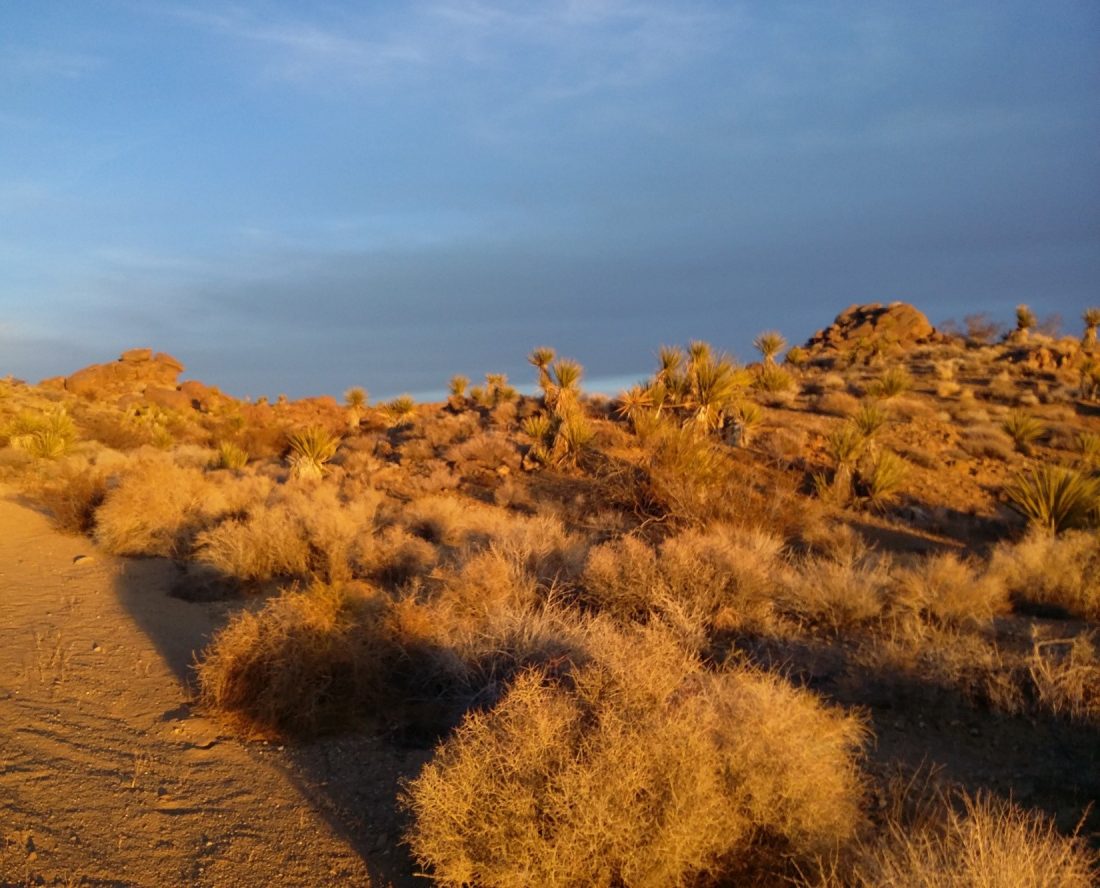 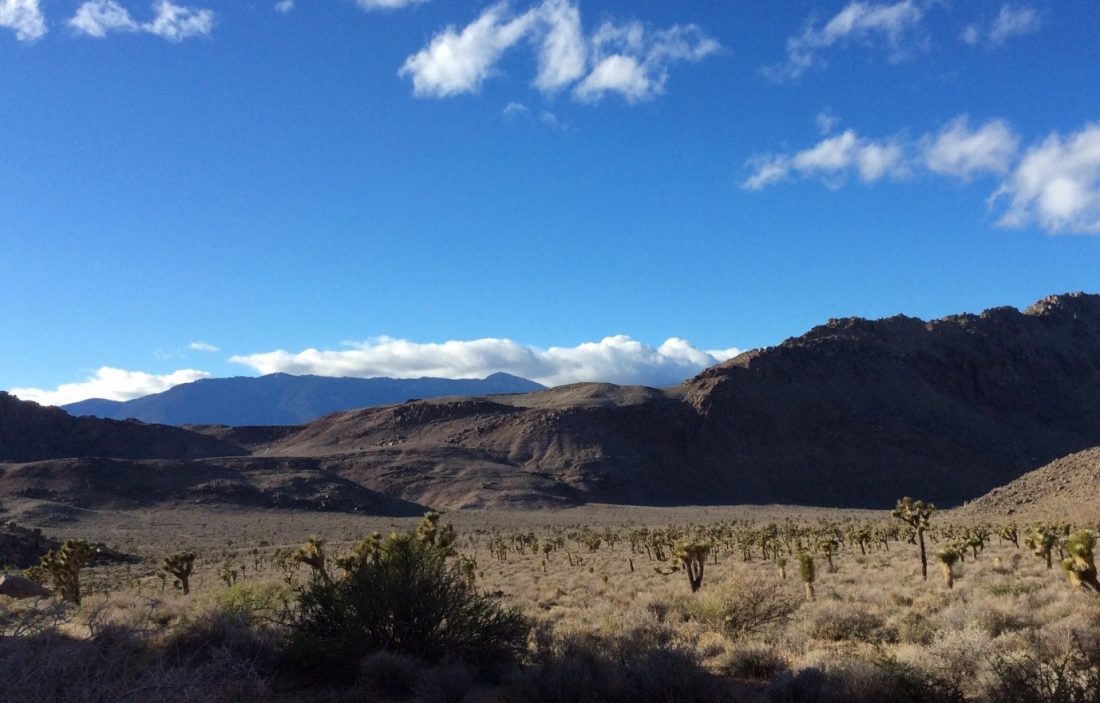 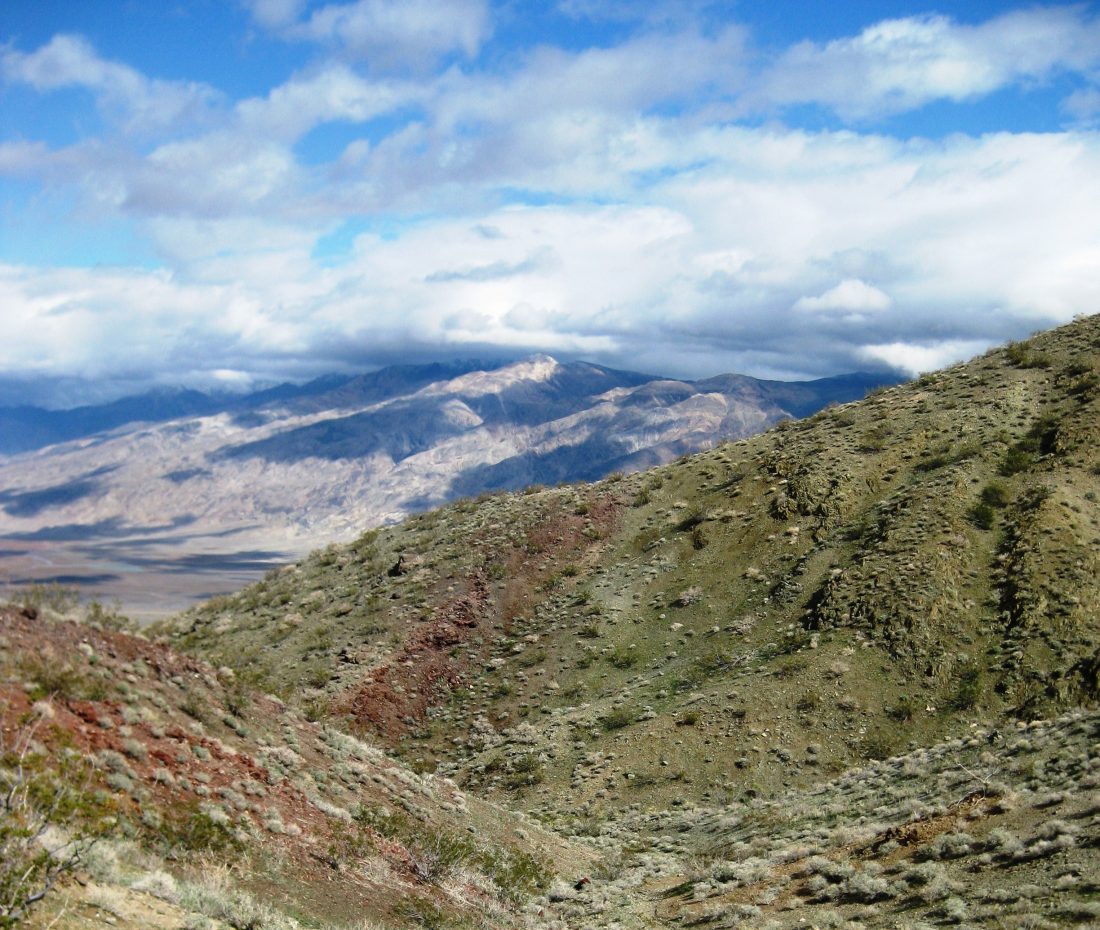 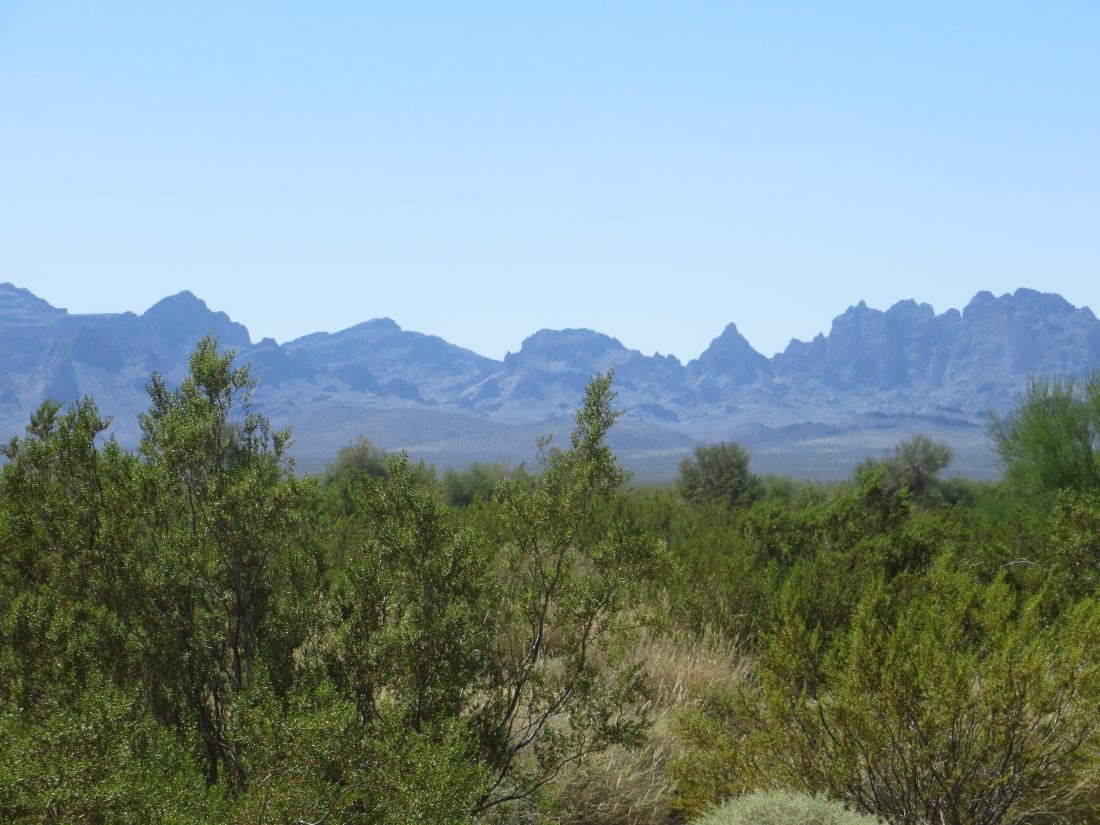 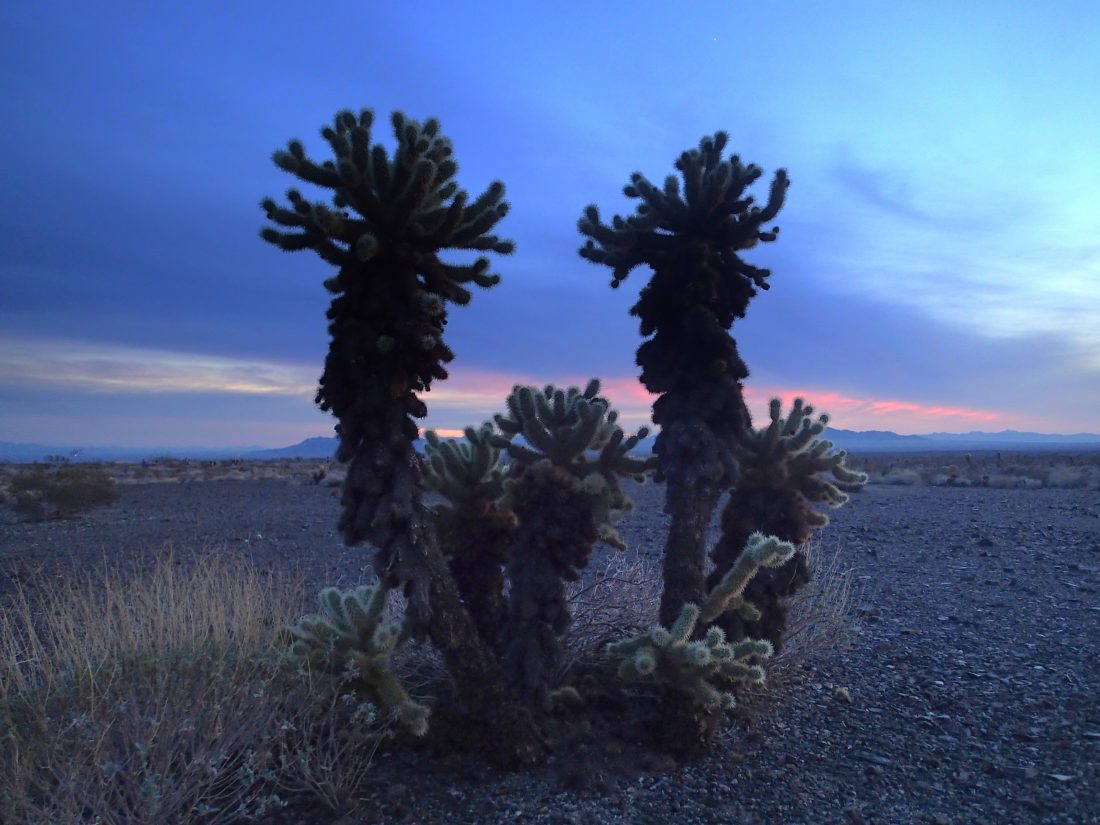 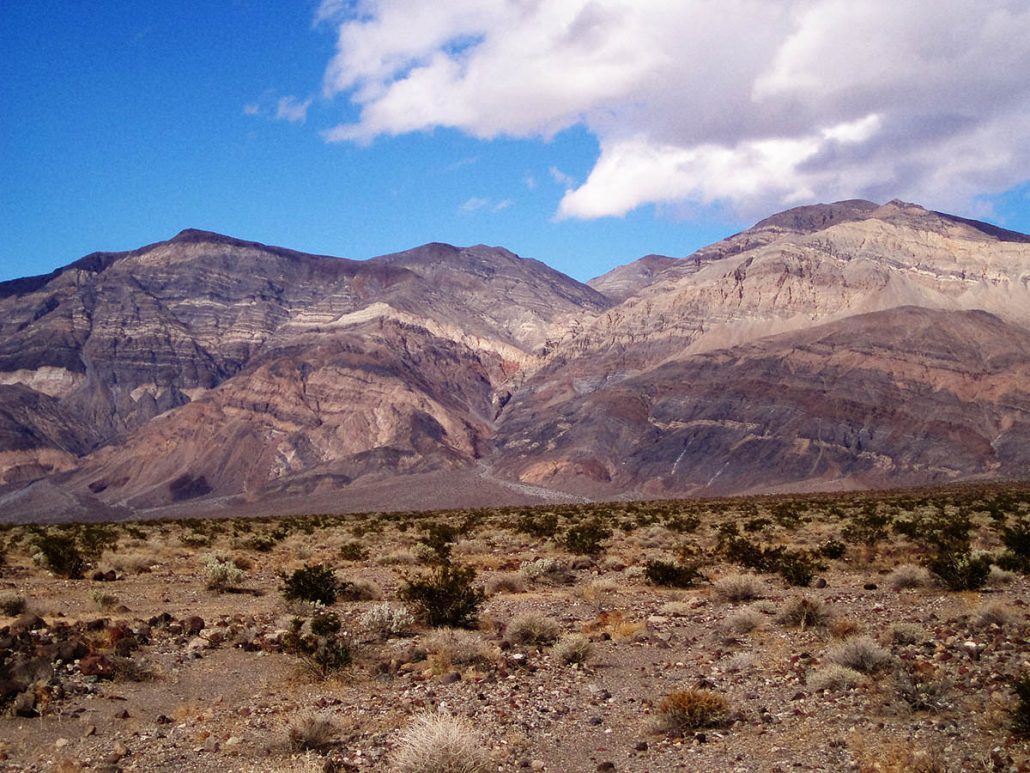