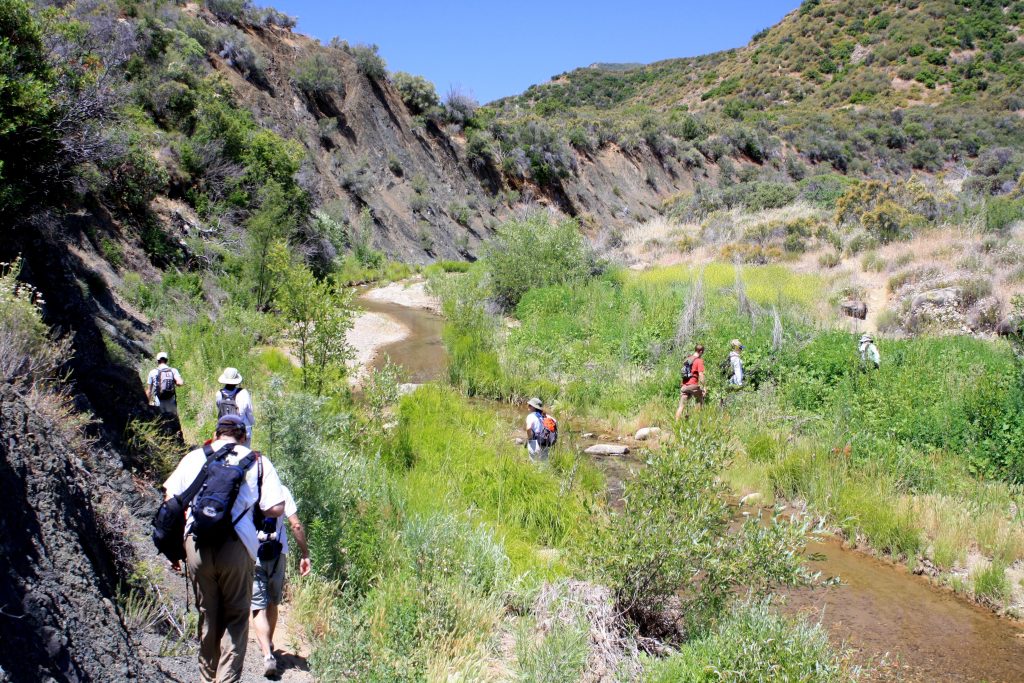 Two days before Valentine’s Day, the U.S. House of Representatives approved an early gift of love to California’s public wild lands and rivers and those who cherish them. On February 12, the House voted 231-183 to approve H.R. 2546, a legislative package dubbed the Protecting America’s Wilderness Act. The package included four bills protecting more than 1.25 million acres of federal public lands and rivers in California. The package also included public land and river conservation bills for Colorado and Washington. Don’t forget to take action and thank members for their yes votes.

The California bills in the package included:

The California components of the legislative package have been the focus of much of CalWild’s efforts for decades. Many of the roadless areas and eligible wild and scenic rivers were identified and considered for wilderness or wild and scenic river protection in National Forest and BLM plans since the late 1980s. CalWild field checked boundaries, developed descriptions of the areas and rivers, helped establish local coalitions to promote the protection of these public lands, recruited support from local grassroots as well as community leaders and elected officials, and recruited members of Congress to introduce and vote for the legislation.

“We first started working on these bills a decade ago. We’ll work for as many years as it takes to see these bills become law. We’re thrilled to have reached this milestone,” noted CalWild Senior Policy Director Ryan Henson.

The House’s omnibus package passed largely on a party line vote, but with six Republicans voting for the bill. The House rejected several proposed amendments to weaken the bill, including two amendments by Rep. Tom McClintock that would have allowed local counties and the Trump Administration to veto wilderness protection. Rep. McClintock represents much of the Sierra Nevada (a region unaffected by the bill) and ignored the fact that the California bills that make up the package, enjoy strong support from many county supervisors, city councilmembers, and other local office holders in Los Angeles, Ventura, Santa Barbara, San Luis Obispo, Mendocino, Humboldt, and Trinity Counties.

Now the omnibus bill moves to the Senate. California Senators Kamala Harris and Dianne Feinstein had previously introduced Senate companion bills to the four California House bills. With the passage of the House package, Senator Harris and Senator Feinstein announced the introduction of the Protecting Unique and Beautiful Landscapes by Investing in California (PUBLIC) Lands Act, which includes the more than one million acres of public lands and rivers proposed for protection in the House package. The Trump Administration has already promised to veto the House bill, with the spurious claim that it would hinder energy development.

“At the end of the day, public lands protection is a bi-partisan effort. We saw that with the passage of the desert bill last year. Even the vote in the House had bi-partisan support. We hope that as we continue to advance these bills in the Senate, we’ll once again find a rare opportunity to put aside partisan blinders and take action to protect America’s wild heritage again,” said Chris Morrill, CalWild’s Executive Director.

Although passage of the bill by the Senate may be difficult, particularly in an election year, it’s not politically impossible. The Senate approved omnibus legislation in 2019 that protected 1.3 million acres of wilderness, including outstanding wild lands and rivers in the California Desert. Passage of that bill was the culmination of a decade-long effort by Senator Dianne Feinstein to complete the protection of her beloved desert lands. Surprisingly, the bill was signed by President Trump. If the PUBLIC Act  is not passed by the Senate before it adjourns before the November 2020 general election, than new bills will have to be reintroduced in the House and Senate in 2021.

CalWild is preparing a detailed synopsis of the public lands and rivers protected in H.R. 2546 and proposed for protection in the PUBLIC Act in the Senate. We will also be working with various local, statewide, and national coalitions to seek passage of the bill in the Senate. Nevertheless, passage of the omnibus package by the House of Representatives is a huge milestone for the protection of federal public lands and rivers in California, once again proving that California is serious about protecting the outstanding natural and cultural values of our public lands for present and future generations.

All stories by: CalWild
ACTION ALERT: All three bills up for a full House vote
Chorro Grande Trail