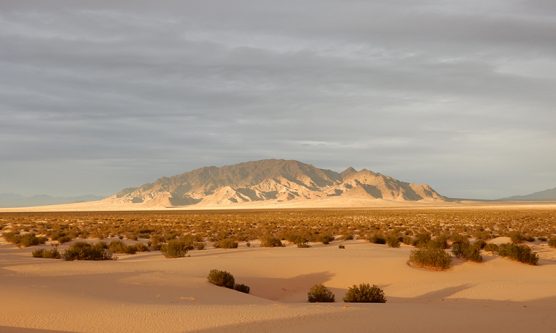 OP-ED: Protect the Groundwater Beneath Our National Treasures

The Cadiz Valley is located in the eastern Mojave Desert, south of the Mojave National Preserve and Historic Route 66 and east of the Twentynine Palms Marine Corps Base. Cadiz Valley is a postcard of the California desert, surrounded by mountains, sand dunes, dry lake beds, ancient creosote plants and blooming yucca. Wildflower fans from southern California and beyond flock to the region for its “super bloom” of color — which doubles as an important food source for desert tortoises.

Amid the region’s beauty is the threat from the Trump administration’s new priority project: the Cadiz Water Project. Proposed by Los Angeles-based Cadiz Inc., it would pump significantly more groundwater from the valley’s aquifer than is naturally recharged, inflicting damage to the Mojave National Preserve, Mojave Trails National Monument and surrounding areas, as well as to desert wildlife.

Cadiz Inc. seeks to sell this water, vital to the environment, to markets in Orange, Riverside and some parts of Los Angeles County (not including the Santa Clarita area), despite alternative options for water resources that do not pose such irreversible threats.
For those who might not be aware where Santa Clarita gets its water – about half comes from the State Water Project (from Northern California) and about half comes from two groundwater supplies, our alluvial aquifer and the underlying Saugus formation.
When first proposed two decades ago, federal review found the Cadiz project to have significant environmental impacts on the California desert, and the Metropolitan Water District voted to reject it.

Today, while California is implementing its new approach to manage groundwater sustainably and Southern California communities are increasing local water sources and conservation measures, the Trump administration has taken a significant interest in California’s groundwater through swift actions related to the Cadiz proposal.

In just five months, the Cadiz project climbed the ladder toward the top of the Trump administration’s policy goals. In December 2016, Cadiz lobbyist David Bernhardt was tapped to head up Trump’s Interior Department transition team. In January 2017, this water project appeared on an “Emergency & National Security” infrastructure priority list created by the transition team. The following month, the Trump administration rescinded existing policies that ensured Cadiz and other companies could not evade the standard federal environmental review for projects that use public land and propose harm to national parks and monuments.
And just last month, Bernhardt was nominated by Trump to become Deputy Secretary of the Interior, a position that would oversee decisions involving Cadiz. This troubling path should be a wake-up call for California and its leaders.

In the desert, more so than other ecosystems, water is life. Cadiz Inc.’s estimate of how much water recharges into the aquifer every year is grossly exaggerated for a project that proposes to pump more than 16 billion gallons of water each year for 50 years.
The National Park Service has expressed grave concerns about impacts of this pumping to desert springs that connect to Mojave Trails National Monument and the Mojave National Preserve, the third largest national park site in the lower 48 states. The National Park Service recently concluded that the company’s estimated recharge rates “are not reasonable and should not even be considered.” The United States Geological Survey determined Cadiz’s estimated recharge rate for the aquifer was up to 10 times inflated.

Considering the ramifications of the project to our water and public lands, it is important to ask who is conducting the aquifer recharge research and who benefits from the outcome. The Park Service and the USGS, two of the most respected science-focused agencies in the nation, do not stand to benefit financially or otherwise from the Cadiz project, and they conclude the project to be harmful to the surrounding desert and its environment. The research that Cadiz Inc. relies upon has been paid for by the company.

In California, we are beyond the days of damaging rural scenic places for unsustainable water production. In 2014, the Legislature and governor sent a clear message that groundwater in California is a precious resource that must be managed sustainably. The Cadiz project is a direct affront to this work.
California, through our Legislature and governor, must defend our groundwater management principles and ensure the Trump administration does not have the last word on our groundwater resources.

Linda Castro is a nature enthusiast and animal lover. She is the Assistant Policy Director for the California Wilderness Coalition and serves on the board of the SCV-based Community Hiking Club. Her commentaries relate to California’s deserts.

All stories by: CalWild
Sacramento Rallies for Monuments and AJR15
North Yolla-Bolly