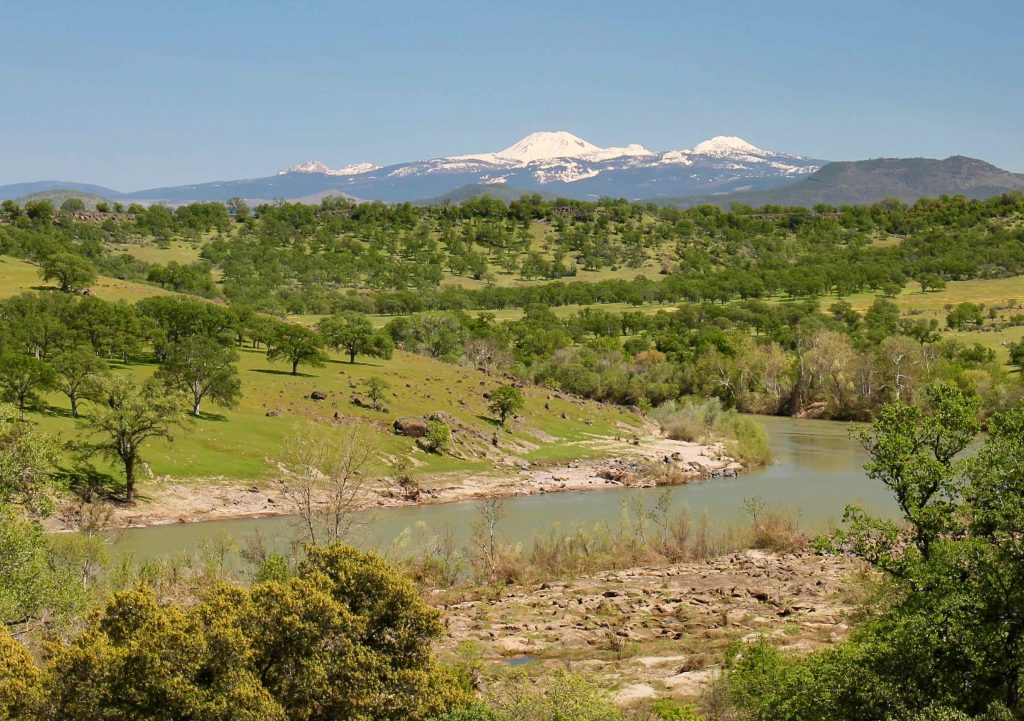 The Bureau of Land Management (BLM) has reinitiated public scoping for its Northern California Integrated Plan (NCIP), which will determine the future management of 382,000 acres of public land in northcentral and northwest California. Originally begun in 2016, the update of the Arcata and Redding BLM Resource Management Plans was subsequently put on hold during the Trump Administration, but it has been reinitiated by the Biden Administration.

The original planning process included a 2018 wild and scenic river (WSR) eligibility inventory, which updated previous inventories conducted by the BLM in 1993 and 1995. No public comment was solicited for the 2018 inventory because of the planning hold. Unfortunately, the 2018 inventory identifies more eligible segments but less eligible mileage than the previous inventories.

Eligible WSR segments are heavily impacted by the scattered nature of BLM-managed public lands in northwest and northcentral California. The previous inventories identified longer eligible segments that included both public and private lands (Note: The BLM has no regulatory authority over private property, but it can include private lands in its resource inventories). The 2018 inventory identified less eligible mileage because the eligible streams were reduced to just those segments within public lands. In addition, some streams determined eligible in 1993-95 were left out of the 2018 inventory altogether, while some new streams were also identified. 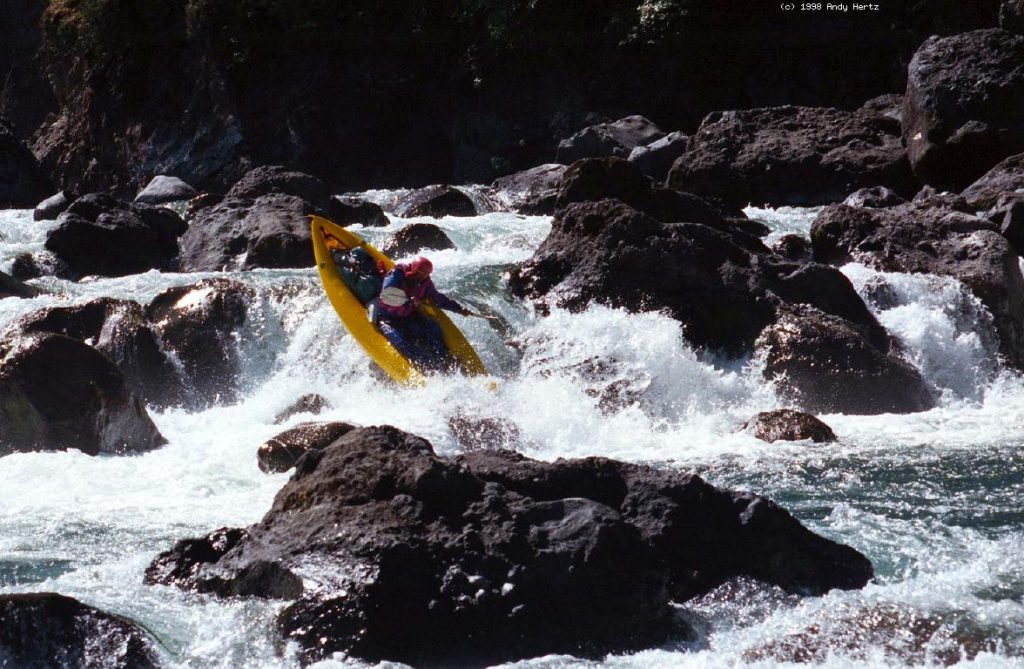 An 8-mile segment of lower Deer Creek, for example, was originally identified as eligible by the BLM in 1993. Deer Creek is one of the last refuges for the Central Valley’s threatened spring chinook salmon and steelhead, and it also possesses outstanding Native American cultural, scenery, recreation, wildlife, and geology values. The Forest Service recommended Wild and Scenic River designation for 30 miles of the creek upstream of the original 8-mile segment found eligible by the BLM and the lower segment was identified as a potential WSR in the National Park Service’s 1981 Nationwide Rivers Inventory. 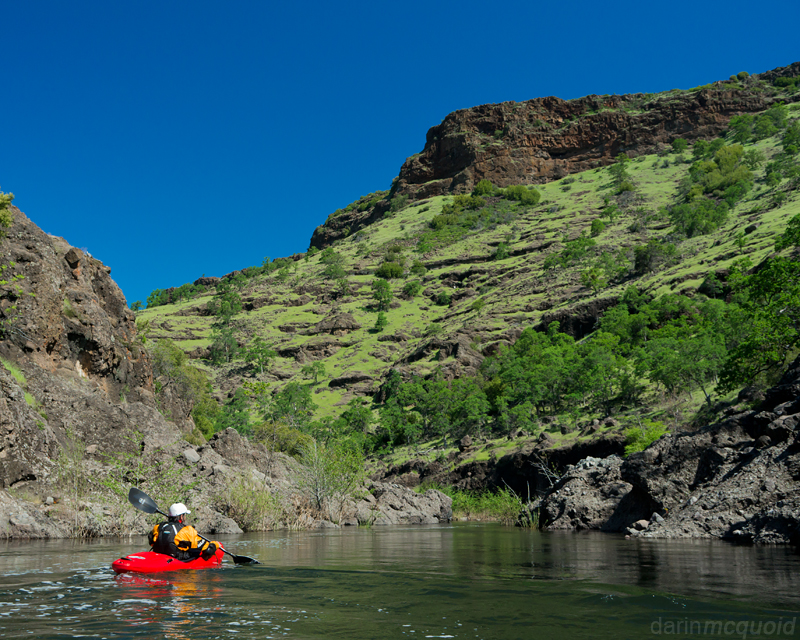 Another section of Deer Creek. Photo by Darin McQuoid

The BLM eligible segment also flows through the 5,000-acre Deer Creek Area of Critical Environmental Concern (ACEC) proposed in 1993, which includes management direction to protect the area’s outstanding natural values and to acquire, through willing-seller purchases or trades, additional public lands in the ACEC and along the eligible segment. Nonetheless, Deer Creek has been dropped entirely from the 2018 WSR eligibility inventory and we have yet to determine the fate of the proposed Deer Creek ACEC in the NCIP.

Ten streams in the BLM’s Arcata region originally determined eligible in 1995 are not in the 2018 inventory, including segments of Fish Creek, Indian Creek, and Deep Hole Creek which are proposed for designation by Congress in currently active legislation. The Redding region lost 98 eligible miles between 1993 and 2018, including segments of the Sacramento River, Battle Creek, Mille Creek, Big Chico Creek, Butte Creek, the forks of Cottonwood Creek.

The reduction in eligible mileage on the Sacramento River went from 1 segment totaling nearly 25 miles (from Balls Ferry to the end of Iron Canyon) identified in 1993 to 15.9 miles in six unconnected segments in 2018. Five eligible segments in the Arcata region lost 32.4 miles in 2018, including segments of the East Branch South Fork Eel River, Cedar Creek, and Butte Creek providing critical habitat for at risk salmonids.

Another major issue so far not addressed in the BLM’s NCIP Plan is the federal mandate to review for compliance boundaries, classifications, and plans for existing WSR segments managed by the BLM in the NCIP region, which includes more than 53 miles of the Trinity, Eel, Klamath, and Van Duzen WSRs. CalWild hopes that this review will be expanded to include consideration of identifying additional outstandingly remarkable scenery, recreation, and Native American cultural values for these designated segments, which will increase their protection. 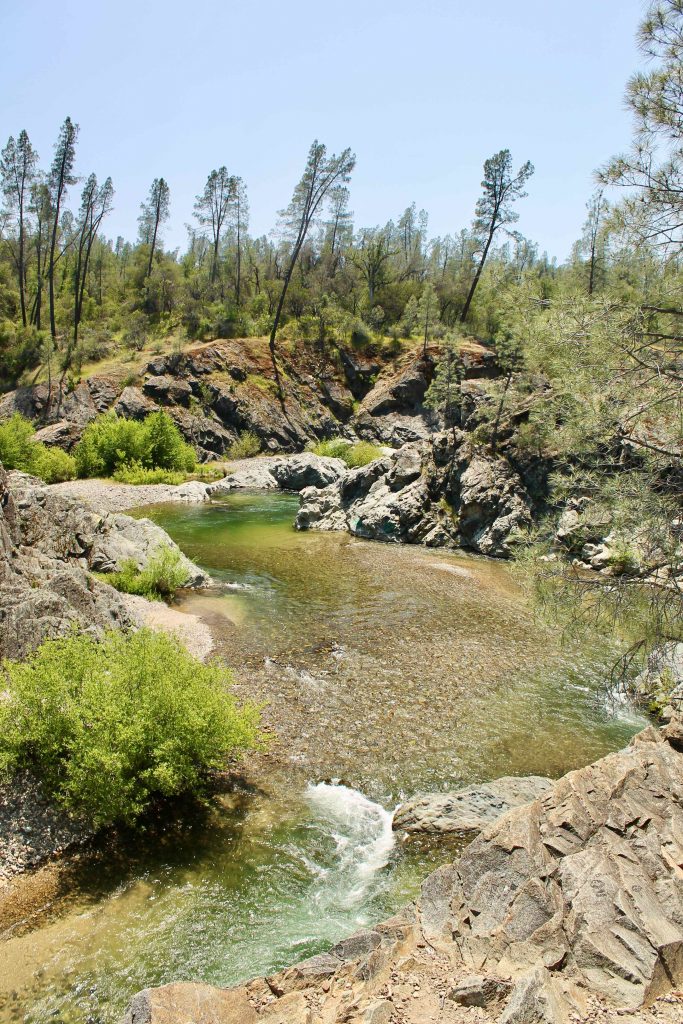 Clear Creek outside of Redding. Photo by Steve Evans.

Despite the failings of the NCIP’s 2018 WSR inventory, there are bright spots. For example, the eligible segment of Clear Creek, which flows from Whiskeytown Reservoir to the Sacramento River, was increased from 5.3 miles to 8.6 miles and protected outstanding values were increased from to include recreation, fish, geology, and cultural values. Clear Creek’s salmon and steelhead fishery has improved due to the removal of the formerly defunct Saeltzer diversion dam and much of the lower creek is managed as part of the Clear Creek Greenway, a popular recreation destination for locals and tourists.

The BLM is accepting public scoping comments through June 28, 2022 (see the alert in our June 2022 newsletter). In addition to lobbying for the identification of the maximum number of eligible WSR segments and miles, CalWild is advocating in the NCIP for the establishment and expansion of ACECs, willing seller or trade acquisition of additional public lands in sensitive areas, improved recreational opportunities, and protection of lands with wilderness characteristics.

Featured image of the Sacramento River with Lassen Peak in the background. Photo by Steve Evans.