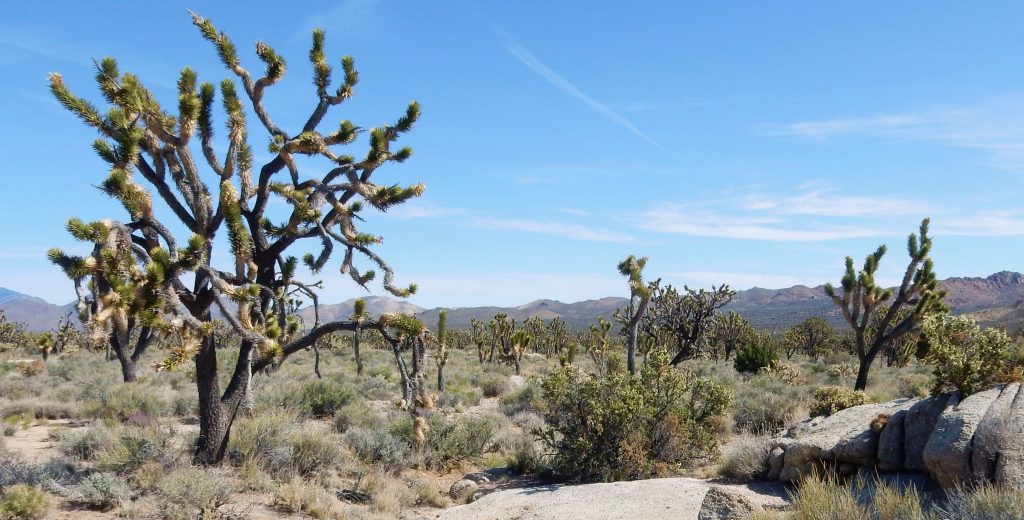 On August 21st, the California Fish and Game Commission (Commission) listened to a number of concerned residents of the California desert and beyond about moving forward with protections for the western Joshua tree (Yucca brevifolia) under the California Endangered Species Act (CESA). The western Joshua tree is an icon of the Mojave Desert, and arguably Southern California. This Dr. Seuss-esque species is not actually a tree, but a member of the Asparagaceae family (agave and yucca subfamily). Despite its notoriety, the species has been in decline since the 1990s. 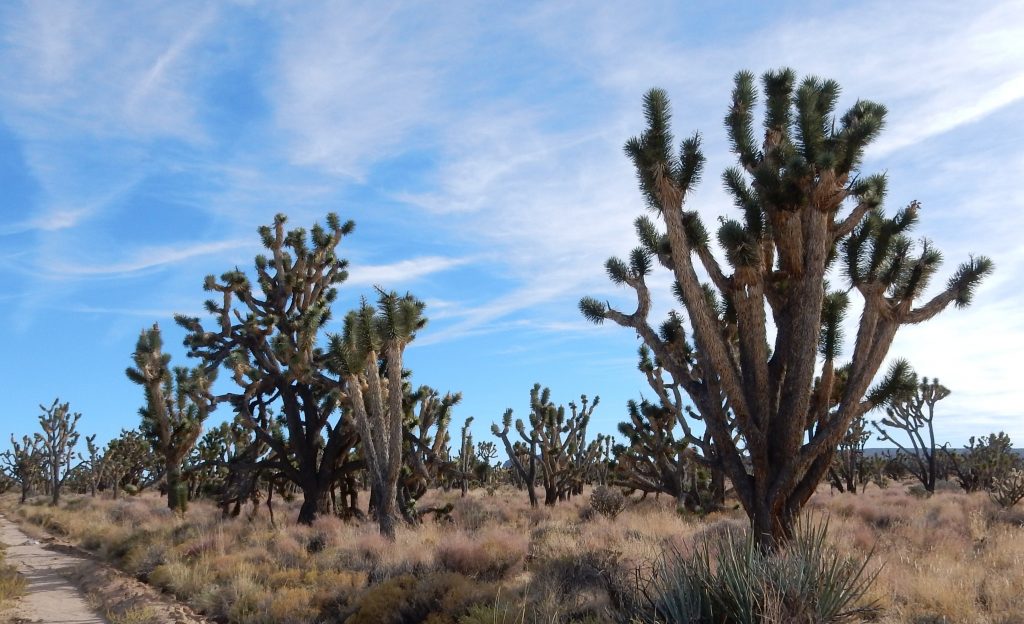 Efforts by several conservation organizations, including Center for Biological Diversity (the original petitioner), National Parks Conservation Association, and CalWild rallied supporters to provide comments before and during the Commission meeting. During the meeting, approximately 80 comments were in favor of protection with relatively few in opposition. Even more would have likely spoken if the meeting had not carried on for over six hours, as over 250 people were logged into the meeting at some point. This volume of support was more than welcome in order to ensure that the Commission heard loud and clear that the Joshua tree is beloved and requires protections.

While the dominant narrative of the comments was in favor of protections, that did not stop local elected officials from opposing the potential listing. Amid the opposition were two San Bernardino County Supervisors, Dawn Rowe (3rd District) and Robert Lovingood (1st District), arguing that the western Joshua tree is already protected under the California Desert Native Plants Act and the San Bernardino County Joshua tree ordinance.  Adding to that, the elected officials and development representatives argued that protection of the species would halt economic development, especially that of renewable energy. 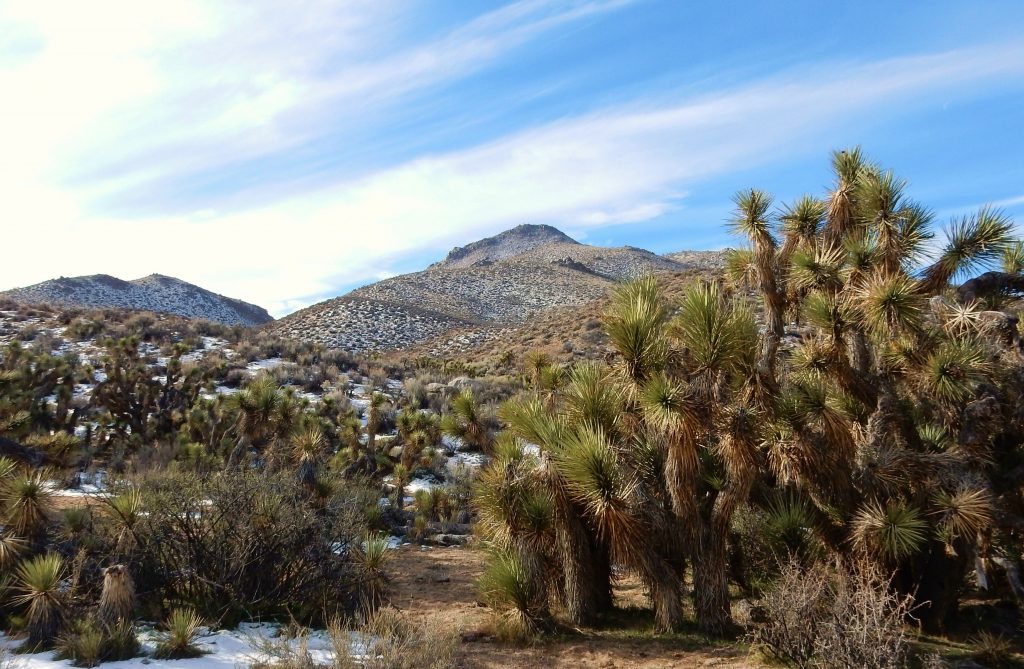 Counter to the opposition, several local residents including some from Yucca Valley and Morongo Valley participated in the meeting and provided evidence that the current laws do not provide much protection. Residents provided photographs and public records to show that the species is removed, trimmed, or relocated at alarming rates. Not only have locals witnessed the species being lost due to development, they have also witnessed the fact that the region sees significant economic benefits from the presence of the western Joshua tree. This was highlighted during the presentation from Susy Boyd with the Mojave Desert Land Trust who spoke about the fact that the region saw 73,000 local jobs generated by tourism in the California desert. Adding to the support of protections for the western Joshua tree, was Krystian Lahage, Field Representative from Senator Dianne Feinstein’s office, who read a letter from the Senator in favor of listing.

While the voice for protection was overwhelmingly heard, the western Joshua tree will have to wait at least another month to receive legal protection under the CESA. While all four commissioners (the fifth recused himself) stated that they believed the Joshua tree meets the legal standard for advancement to candidacy, for the second meeting in a row, the Commission chose to delay the actual vote on protection.  The listing decision will occur at a yet-to-be-decided date, sometime between September 17 and 23 when the Commission faces a deadline to act under CESA.

Another desert resident that is seeing potential CESA action is the Mojave desert tortoise (Gopherus agassizii), also known as the Agassiz’s desert tortoise. The California Department of Fish and Wildlife provided their 90-day evaluation report for the petition to change the status of the species from a threatened species to an endangered species under CESA. We look forward to seeing both species appropriately protected under the CESA.