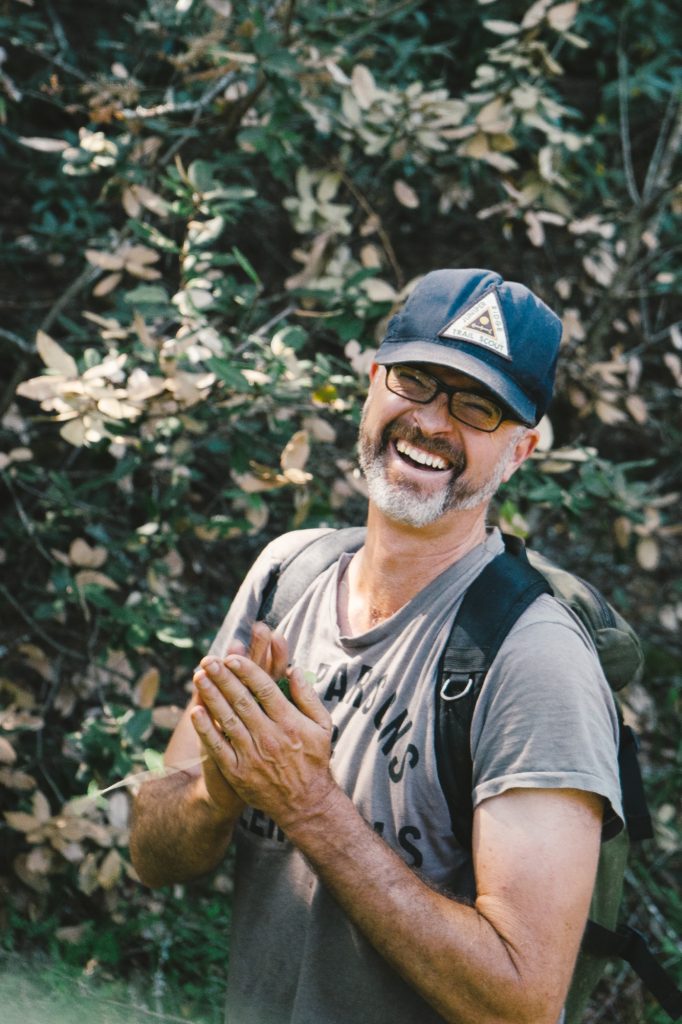 The CalWild team joins a worldwide community of wilderness lovers in mourning the all-too-early death of our boardmember Hall Newbegin. Hall is perhaps best known as the founder of Juniper Ridge, a California company he founded more than 20 years ago and built to become one of the west coast’s leading home and body care companies. He also served on CalWild’s board twice, including our current roster, and we’re gutted to lose his absolutely singular spirit. 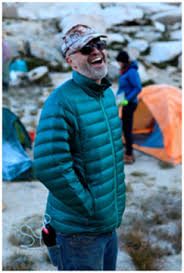 It’s difficult to overstate how appropriate Juniper Ridge’s vision of distilled wilderness is when compared to its eccentric leader, whose rock-n-roll-infused enthusiasm was intense and undeniable. Hall lived for his intimate connections with the soil he sniffed (literally), the trees he climbed, and the waters into which he dove. Anyone who had even a passing interaction with him was bounced back into the world bewildered and bemused – and no doubt inspired.

A memory that is deeply ingrained with many of us came from a board meeting we held in Joshua Tree in 2018. We took Hall up on his offer to lead a hike in the nearby park, and with his usual aplomb, he began the trek with a brief talk – which could perhaps double as his life’s manifesto – about the importance of sniffing dirt. Our olfactory system, he went on, was the most direct pathway to our deeply-rooted biological qualities, and activating it allowed us to know a place intimately. He proceeded to instruct us all to get on our bellies and stick our noses into the ground. We obeyed with smirks on our faces and began to deeply breathe in the Mojave musk of sage, juniper, mesquite, and creosote.

Some boardmembers didn’t want to get up: 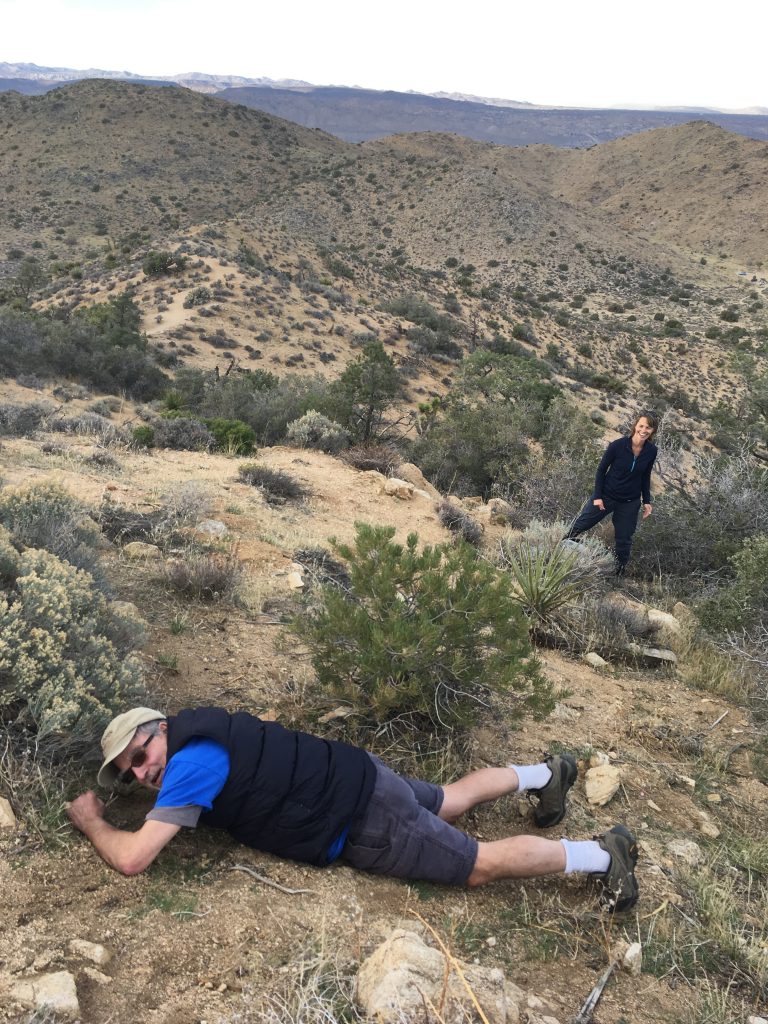 This simple act embodied Hall’s lust for life and should be a rallying cry for anyone who appreciates wild landscapes as much as he did: you need to know a place before you work to protect it. Hall’s understanding of plants existed somewhere between animal emotions and biology, and he expressed this love with the riotous energy of a basement punk rock show. His reverence for plants was unparalleled – except maybe for Iggy Pop, Silver Jews, or the Grateful Dead.

Hall’s business ethic was no less pure; Juniper Ridge gives 10% of their proceeds to western conservation groups like CalWild every year, giving back to the public lands that his beloved company uses to harvest some of the botanical essences that make up their product line. In line with this, Hall’s family has designated CalWild as a recipient of donations that his vast network of friends and collaborators want to make in his memory (you can give here).

You can read Hall’s obituary here, a beautiful post (with great videos) by his colleagues at Juniper Ridge here, or a heartbreaking eulogy by his longtime friend and conspirator Obi Kaufmann, here. We’d also suggest listening to this playlist of his on Spotify which is full of good tunes.

We’ll be smelling the dirt for you from here on out, Hall. Thanks for your service.