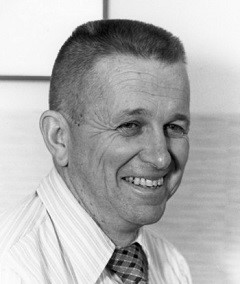 Ed Hastey, former state director of the U.S. Bureau of Land Management (BLM) in California whose 40-year career left a lasting mark on the management of public lands in the state, has passed away.

Hastey, the longest serving state director of the BLM California, made conservation and recreation a proud part of the agency’s legacy. 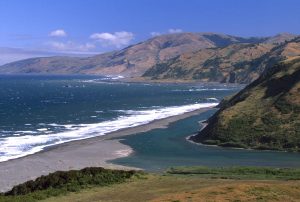 He is credited with, among other things, multiple land acquisitions and co-founding the California Biodiversity Council with former California Resources Secretary Doug Wheeler. The council, designed to bring together resource agencies, tackles issues that cross agency boundaries.

Hastey’s long-storied career with the BLM started in 1957 as a forester in Medford, Oregon, before moving to Sacramento. In 1965, he moved to Washington, D.C. to work as a budget analyst and later the BLM’s budget officer. While back east, Hastey also served as the assistant director for the Bureau where he played a significant role in working to secure additional funding to help the agency meet its new responsibilities after the enactment of various laws in 1969. In 1975, he was appointed state director of the BLM California. After serving four years in Sacramento, he returned east to serve as the associate director of the Bureau, where he provided critical leadership implementing the agency’s newly established organic act, the Federal Land Policy Management Act. In 1981, he returned to California for good, serving as the state director until he retired in 1999.

In his almost 22 years as state director in California, Hastey was on the forefront of many issues. His commitment to working with communities, local, state and other federal agencies, as well as a wide variety of interest groups, set the collaborative culture of how to conduct business in California, which remains today. He was a tireless public servant and dedicated to the BLM family.

Throughout his career, Hastey played a major role in recognizing the importance of having a diverse workforce. He supported hiring women and minorities even though they had not come up through traditional career paths. As a result, he was instrumental in helping to change the face of the Bureau to better reflect the nation’s demographics.

After retiring from BLM, Hastey joined the Resources Law Group and spent twenty- years working with various land trusts and land management agencies to acquire private land from willing sellers for parks and wilderness to better manage preservation of these special areas for the benefit of the public. His work has helped to protect numerous regions around the state including the Bodie Hill, Anza Borrego State Park, the King Range, and all of the desert parks and many of the region’s wilderness.

For Hastey, land management was a proud family tradition. His grandfather was one of the first federal forest service rangers in California, and his son continued that tradition as a BLM ranger in the California desert.

A few of Ed Hastey’s many accomplishments include:

We at CalWild did not always agree with Ed. But we always respected him. He was the very model of a public servant—but a rare “straight shooter” when it came to expressing his views. CalWild extends our condolences to his friends and family, and plead with BLM staff to follow Ed’s example and speak your heart and mind. Even if we disagree with you, we’ll respect your honesty and candor, as we did “old flat top” Ed Hastey.

This article was adapted from a BLM California State Office press release.