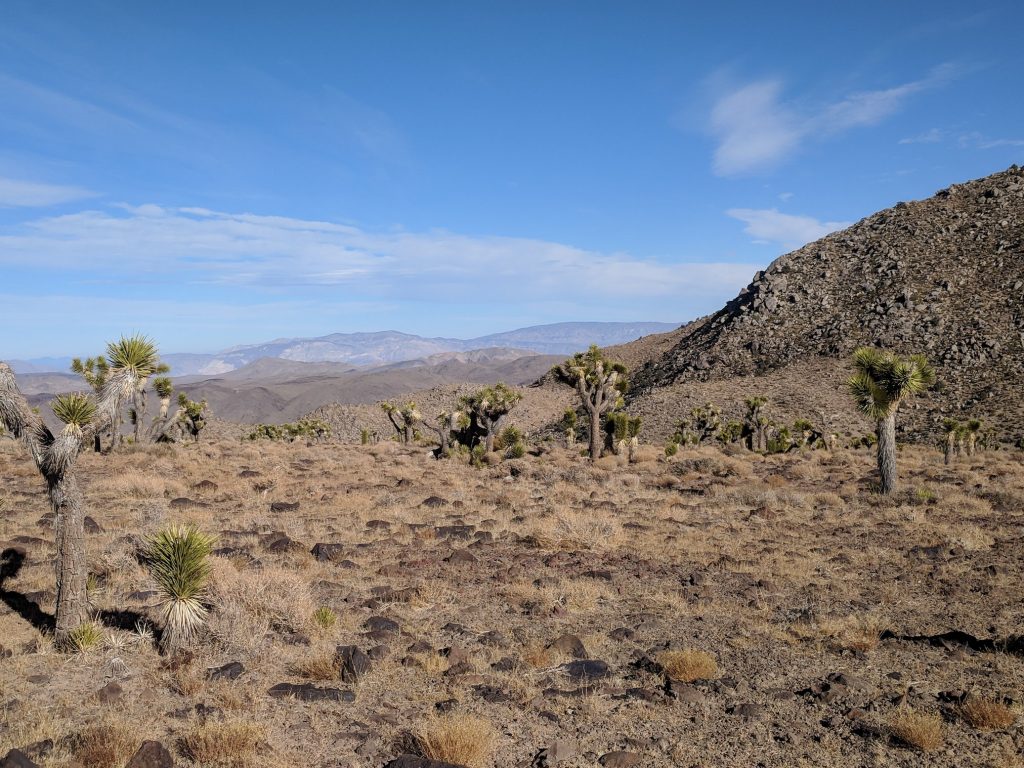 The company filed a new preliminary permit application with the Federal Energy Regulatory Commission (FERC) on June 24, which moved the project’s upper reservoirs out of the Ancient Bristlecone Pine Forest. The new project still considers two potential reservoirs in the White Mountains, both are located partially or entirely in the White Mountains roadless area, which is off limits to new or reconstructed roads under the Roadless Area Conservation Rule.

Another major project change is the relocation of proposed underground tunnels between the upper reservoirs in the White Mountains and a lower reservoir in the Owens River Gorge to mostly avoid tunneling under the Bureau of Land Management’s (BLM) Fish Slough and Volcanic Tablelands Wilderness Study Areas (WSAs). However, the relocated tunnel does appear to still encroach under the southern portion of the Volcanic Tablelands WSA.

A lower reservoir in the Owens River Gorge upstream of the Los Angeles Dept. of Water and Power’s (LADWP) upstream of LADWP’s Pleasant Valley Reservoir remains in the project, as is another reservoir located further upstream in the Gorge that would be an alternative to the White Mountains reservoirs. The proposed dams and reservoirs in the Owens River Gorge are a concern because it would flood a segment of the Gorge that has been re-watered to improve its trout fishery and riparian habitat under a legal settlement between LADWP and Mono County.

Recently re-watered by a legal settlement to benefit fish and riparian habitat in response to the legal settlement, this segment of the Owens River Gorge would drown under a new reservoir proposed for the Owens Valley Pumped Storage Project. Photo: Steve Evans

The June 24 application represents the sixth major change in the proposed project since the original preliminary permit application to FERC surfaced into the public’s view in April. The good news is that the project proponent and FERC appear to be responsive to public concerns. Public input resulted in the proponent removing its original upper reservoirs in the John Muir Wilderness, eliminating lower dams and reservoirs originally proposed in Rock Creek (an eligible wild and scenic river), replacing surface water conduits with underground tunnels, and now avoiding recommend wilderness areas and BLM WSAs. CalWild and several other conservation groups are reviewing the new preliminary permit application to identify and comment on the project’s potential impacts.

In related news, FERC denied Premier Energy’s preliminary permit application for the proposed Haiwee Pumped Storage Project south of the Owens Valley. The project proposed reservoirs in the existing Coso Range Wilderness and an alternative reservoir to the west that possibly encroached on the South Sierra Wilderness and a Forest Service recommend addition to the wilderness. In denying the permit application, FERC noted that the project’s proposed reservoir would violate the 1964 Wilderness Act.