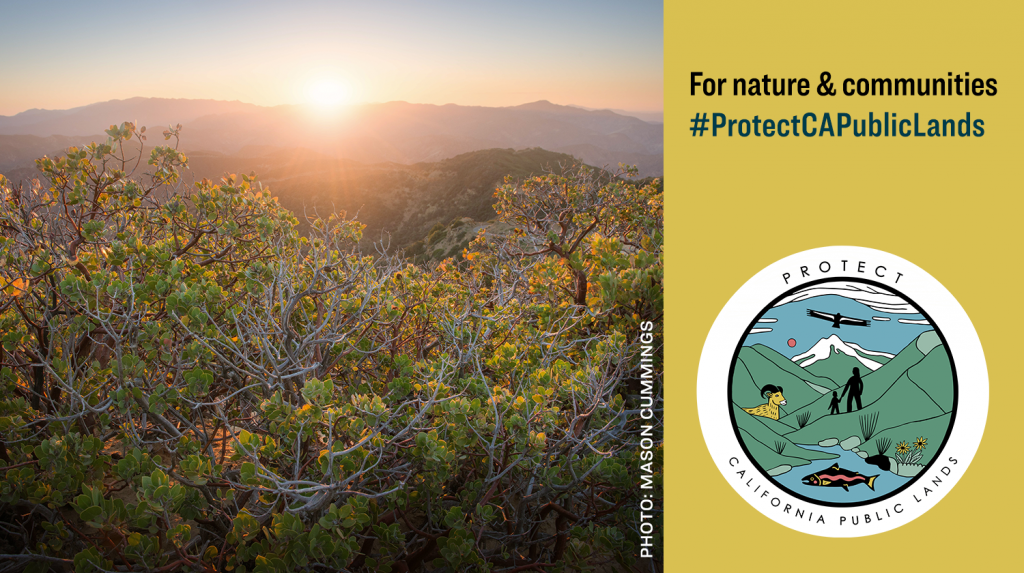 On September 23rd, the U.S. House of Representatives passed the annual spending bill for the Department of Defense that included a package of land and water protection bills that will greatly benefit California and the planet. The National Defense Authorization Act (NDAA) is a must-pass annual funding measure for the Pentagon. Representative Diana DeGette of Colorado and other key members of the House successfully worked to add the Protecting America’s Wilderness and Public Lands Act (called “PAW+”) to this year’s NDAA.

The PAW+ Amendment will benefit several states including California, where it will protect and restore over 1.5 million acres of public lands and more than 684 miles of rivers and streams in the San Gabriel Mountains, Rim of the Valley corridor in Los Angeles County, Central Coast, and northwest California. Among other things, the bill will:

These benefits for California were originally proposed as four separate bills:

The former three bills were combined into a larger omnibus bill that passed the House of Representatives in February 2021 on a bipartisan vote. Senators Alex Padilla and Dianne Feinstein have since introduced companion legislation in the Senate: the Protecting Unique and Beautiful Landscapes by Investing in California (PUBLIC) Lands Act (S. 1459) and the Rim of the Valley Corridor Preservation Act. Senator Padilla is currently trying to get a hearing for S. 1459 in the Senate. The Rim of the Valley bill has already received a hearing in that body and now must get a final vote.

The vote to add Representative Diana DeGette’s amendment to the NDAA was 222-200, with most Californians voting for or against it along party lines. The one California Republican exception to the mostly partisan vote was Representative Mike Garcia of Santa Clarita who broke ranks and voted in favor.

Look for an alert from us soon urging people to thank all those who voted yes on this important protection bill.

Unfortunately, a separate measure meant to protect millions of acres of the California desert sponsored by Representative Raul Ruiz did not make the final cut of amendments to the NDAA. He plans to continue to work with Senator Feinstein in the Senate to pass the desert protection measure.

All stories by: CalWild
EVENT: Stand By Your Lands – Northwestern CA, October 19
Caples Creek’s remarkable resilience in the Caldor Fire