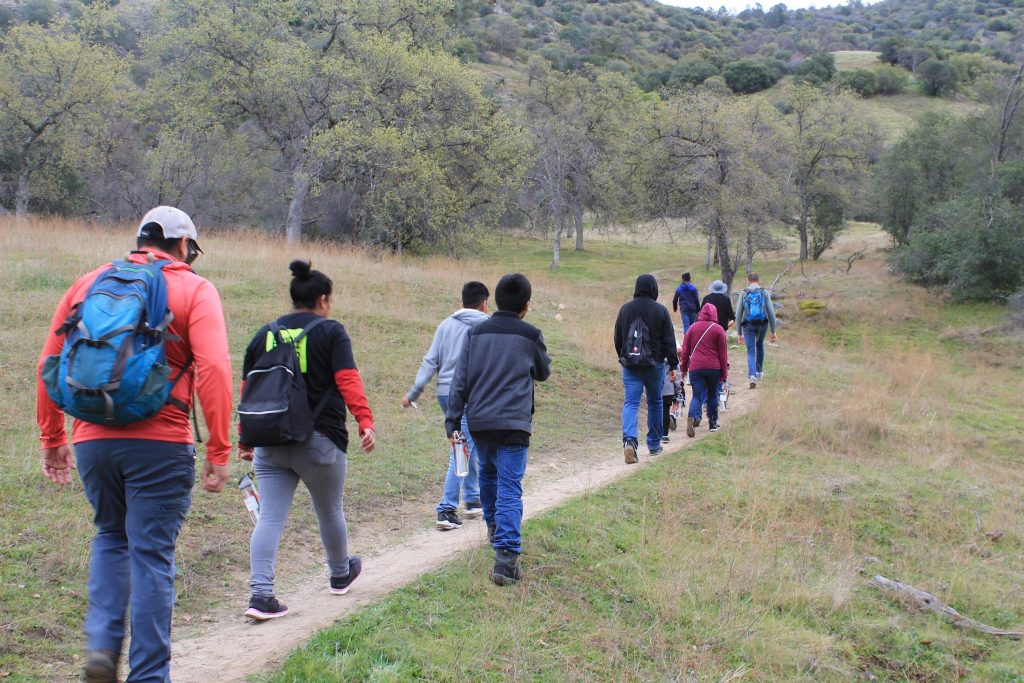 Situated on the shared boundary of Madera and Fresno Counties and the ancestral territory of the Dumna and Kechayi people, the over 6,000-acre San Joaquin River Gorge is a Sierra foothills/Central Valley gem that provides an opportunity to play along the majestic San Joaquin River. In the case of this event, 24 friendly-faced participants, comprised of local English and Spanish speaking families and their friends, embarked on a day-long trek through The Gorge. 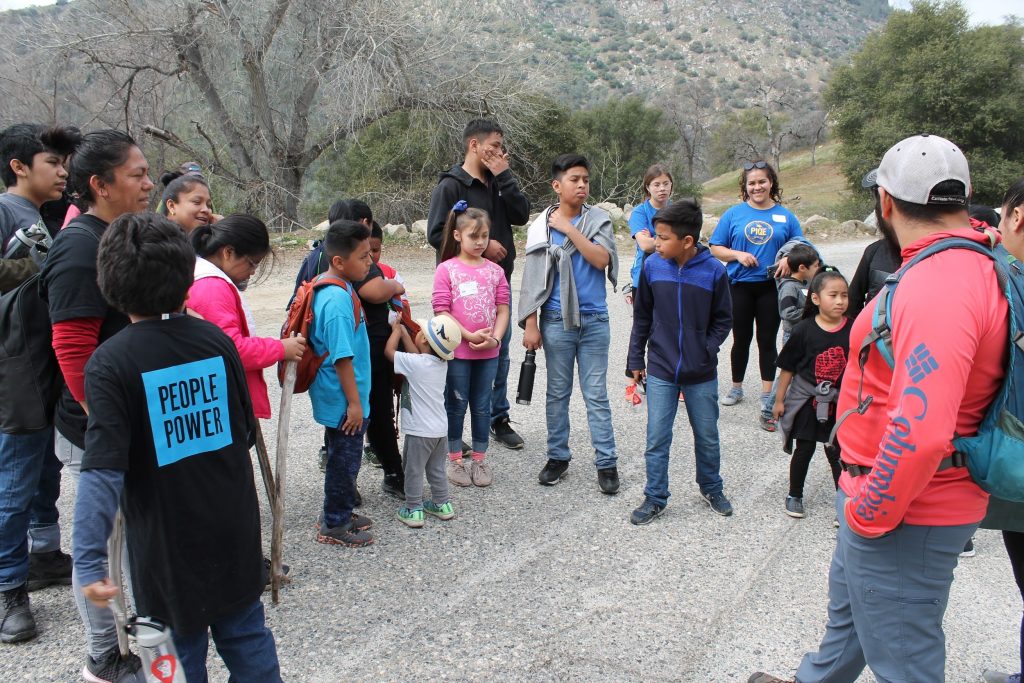 While some might be discouraged to gather and adventure on an overcast and potentially rainy Saturday morning, these participants nonetheless arrived at the BHC office near downtown Fresno for a brief introduction to the event and eventual shuttle ride to The Gorge. After about a 45 minute vehicle journey, we arrived near one of the campsite parking areas to unload the two shuttles full of participants and trip leaders.

Soon after unloading, we gathered once again for a more lengthy introduction and shared why we were participating in the day’s activity. Many participants shared that they had never been to this area before and in a few instances, some individuals said they had never been on a hike. After this exciting and intimate moment, the group made its way to the trailhead and last accessible outhouse in the recreation area.

While waiting for the group to regather itself, it quickly became clear that there were many other visitors recreating in the Gorge that day. The Boys Scouts of America were hosting an event near the trailhead and campground  where they were providing Leave No Trace information to users of The Gorge that day in order for the Scouts to accumulate hours for one of their merit badges. Runners training for a marathon and mountain bikers were also using the trail system.

We split into three smaller groups based on the distance being hiked that day. One group was going approximately three miles round-trip and the other two were hiking about half and a third that distance. Regardless of which group participants were in, leaders made sure to provide plenty of time for inquiries regarding the natural world seen along the way. 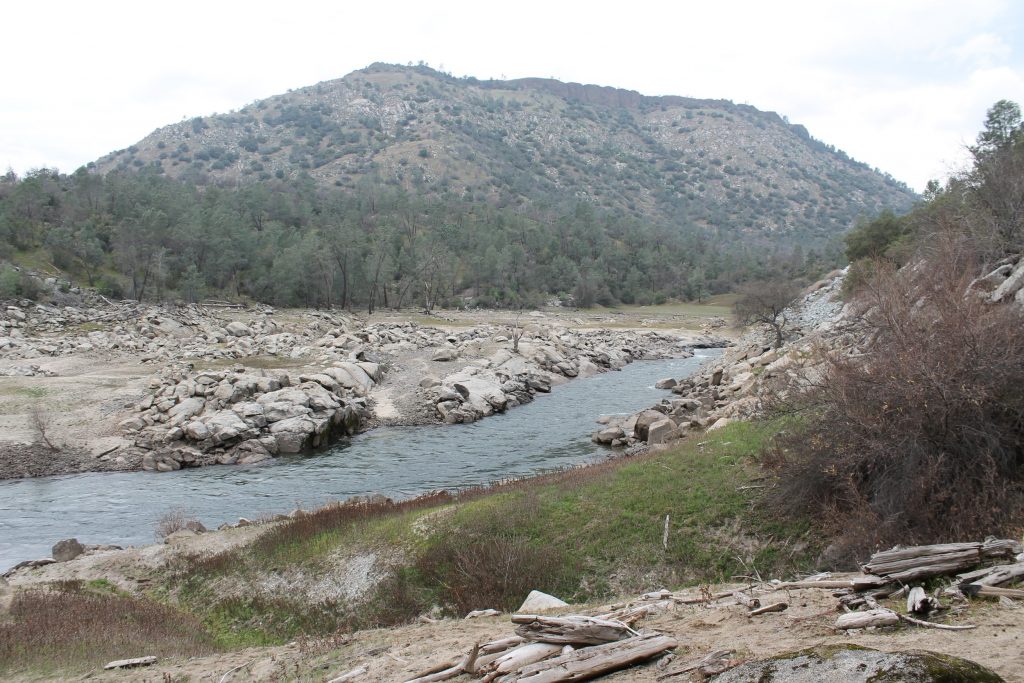 For some children, the brightly colored moss and lichen growing along the trail struck curiosity. For others, the likelihood of seeing wildlife was where their mind wandered, especially given the amount of exposed rock you could see along the way that could easily house hidden creatures.

One concept that seemed to draw significant excitement from all participants was the eventual access to the San Joaquin River. The fact that you could play in the water and also look for additional forms of wildlife appeared to be a huge highlight. In particular, the three-mile group eventually came upon a Sierra Newt and American Bullfrog where Big Sandy Creek joins the San Joaquin River. 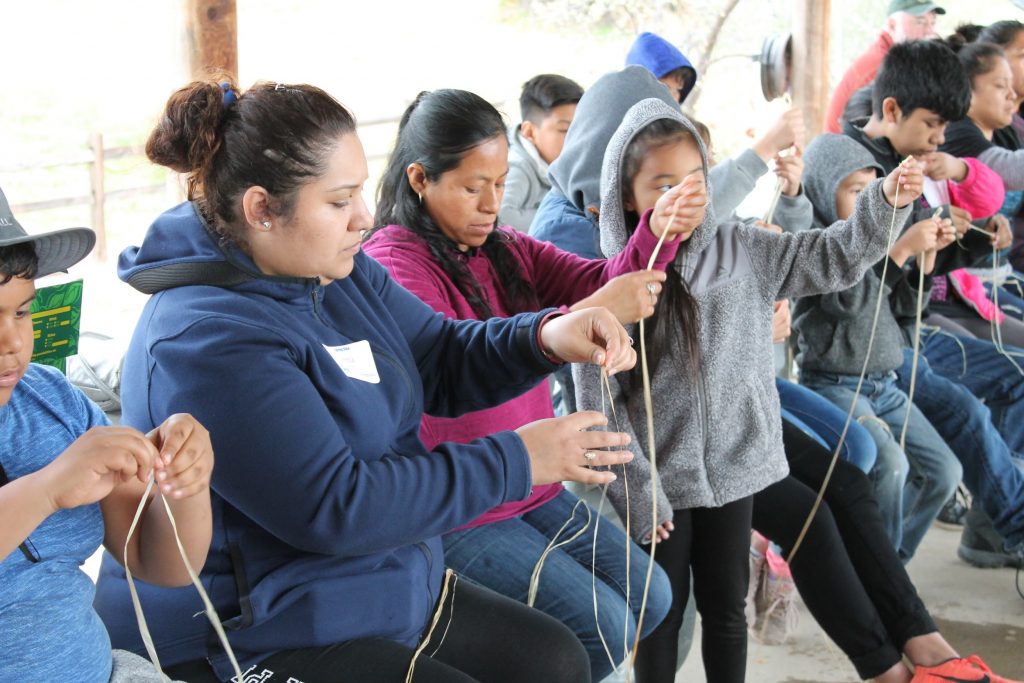 After some bankside recreation and rest on the river, each group eventually made their way back towards the main road of The Gorge to indulge in a much deserved lunch. American Whitewater generously donated the funding for lunch and transportation. Once that was all squared away, we were fortunate enough to have BLM staff join us and lead the entire group in some educational and exciting bead making and stringing. The activity drew from the traditional techniques and resources used by Dumna and Kechayi people who utilized the pine trees and vegetation of the area. To add to the educational component of the day, participants were introduced to the current issue faced by The Gorge. 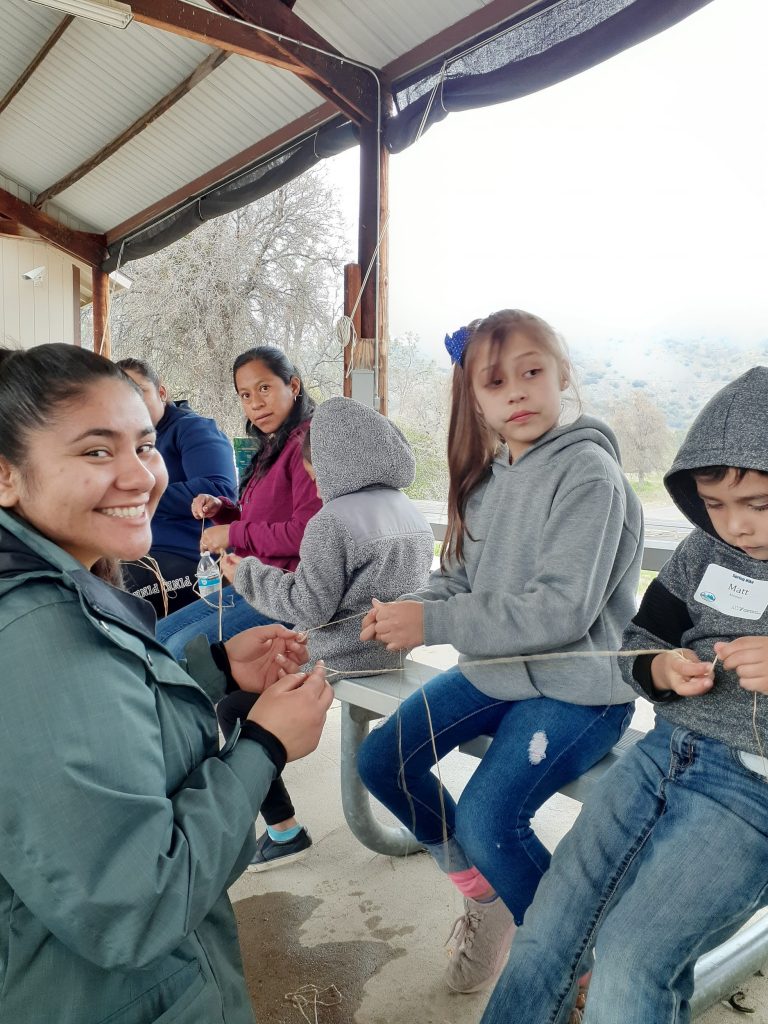 The Gorge and the San Joaquin River are facing a potentially somber future: installation of the proposed Temperance Flat Dam. This proposed dam would inundate a significant and important portion of The Gorge, eliminating access to culturally significant areas, trails, caves, and an environmental educational center currently accessible to visitors of all walks of life. While this was not the most cheerful information participants received that day, they were nonetheless interested in hearing the news and optimistic that CalWild, AW, BHC, FrOG, and other potential partners are working together to oppose the proposed dam.

After this final activity, the group returned to the busses for the return trip. With the hope that these participants were truly inspired by the day and information, collaborative efforts such as today’s will continue to invite and provide access to visitors wanting to experience the beauty that the San Joaquin River Gorge offers. 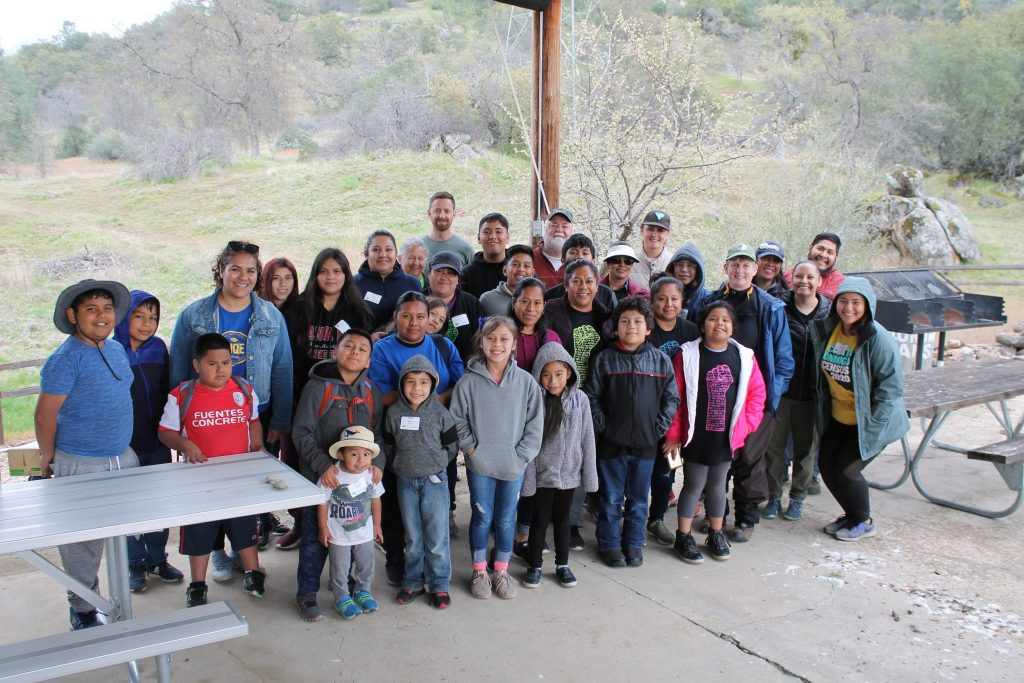