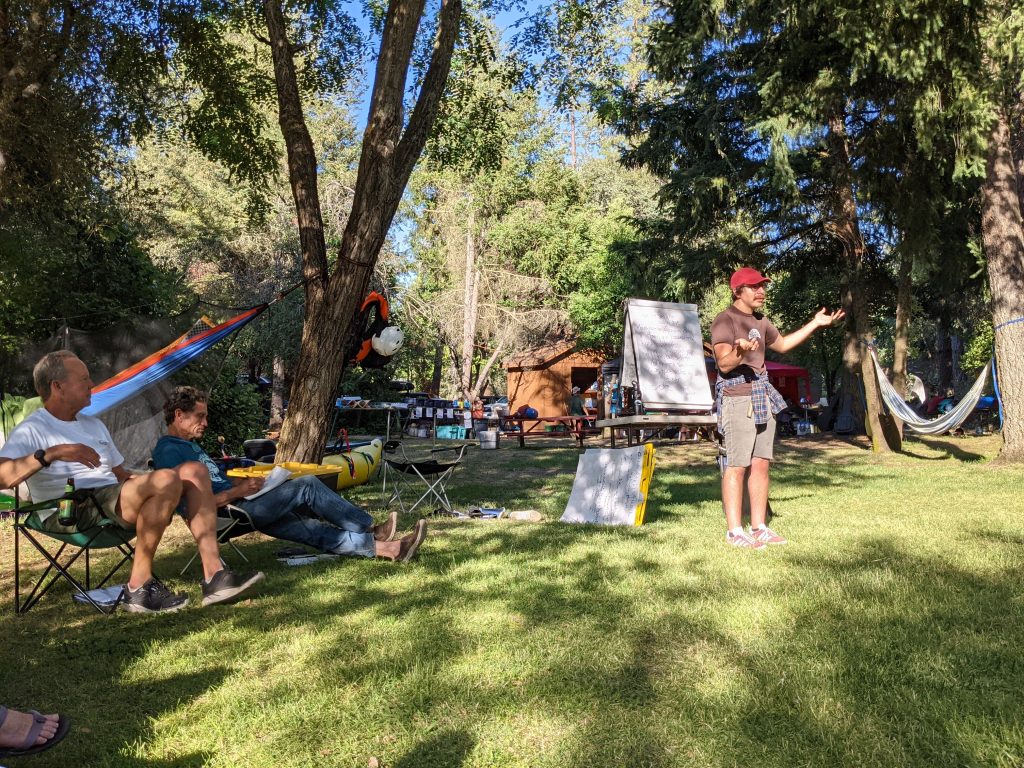 Getting Deep on California’s Rivers

Earlier this month, CalWild’s André Sanchez took part in a unique training opportunity with a long-time ally organization, Friends of the River. Below is a short narrative written by André about his experience.

Lessons Learned on the American River

Eager to acquire a new lens of what rivers offer and how to further protect them, I took part in the Friends of the River (FOR) inaugural Guide Activist Training program which took place along and on the American River. In years past, FOR held separate training programs known as the River Advocacy Training School (RATS) and Whitewater Guide Training, with the former focusing on grassroots organizing, advocacy, and a basic introduction of California water policy. This year and for the first time, FOR combined the two programs in an effort to further empower and expand the skillsets and the network of community members who want to protect California’s rivers, acquire and enrich their advocacy and leadership skills, and ultimately offer the opportunity to safely take other people down river.  While these objectives were achieved, I learned much more throughout the multi-day intensive training. 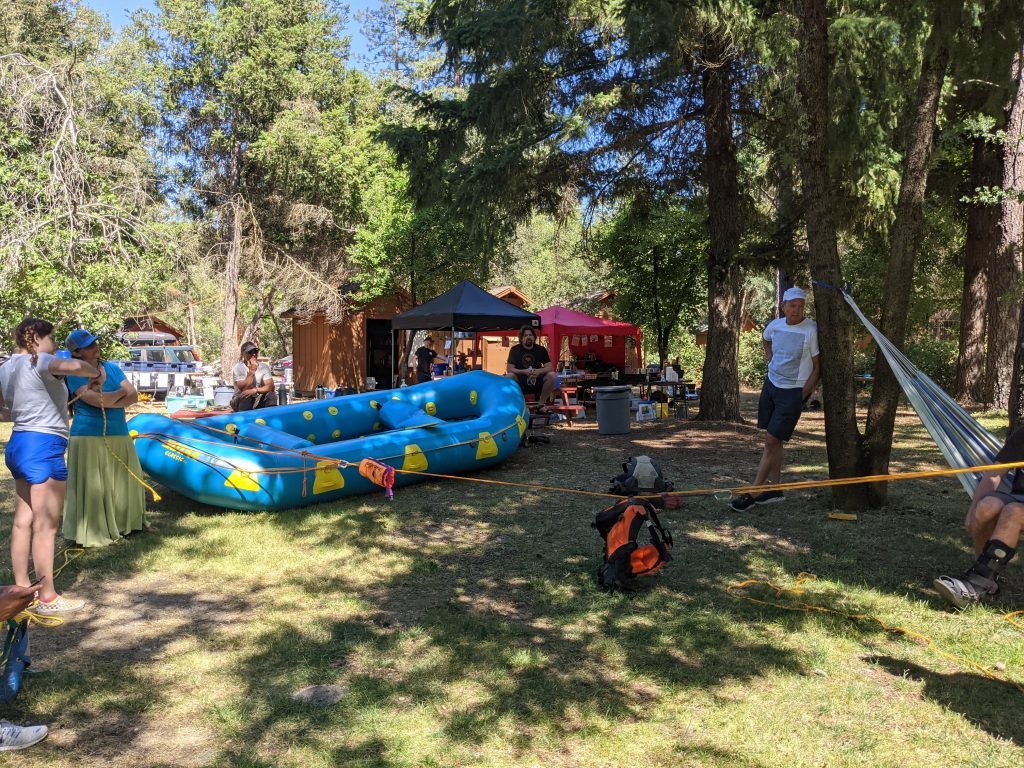 Many Californians today know that water and river management are key issues in our state, but most do not know how deep these topics lie. Through several engaging and detailed presentations given by FOR staff and volunteers, I was able to gain a deeper understanding and learn a more detailed history of river conservation and management events in the state of California. For example, many people do not necessarily associate the California gold-rush with a time that humans began manipulating and managing our state’s rivers and watersheds in an arguably irreparable fashion that would set the stage for how we view and manage our water resources today. Jumping to the 1970’s, the same period in which CalWild found its roots, the eventual founding and first leadership of FOR banded together to try and protect what was California’s most heavily used whitewater boating area at the time, the Stanislaus River, from the eventually built New Melones Dam and Reservoir. “Saddened but determined”, FOR moved forward with its established momentum from this period of time to continue advocating for California’s rivers and being a conservation leader in the state alongside CalWild.

Not only was I able to attain historic knowledge relating to California’s rivers, but I was also able to learn about current inspirational efforts to protect and restore rivers in different regions of the state. One such example included learning about an urban-river restoration and reclamation project that is working closely with the local community in order to best plan, restore, and allow access to Morrison Creek which flows through a historically marginalized community in South Sacramento. While CalWild’s mission is to protect and restore our state’s wildest remaining places, we can still draw much inspiration and knowledge from such urban based efforts and in how they engage and inform local communities about the conservation and restoration of open green spaces.

That said, I was not only able to learn important details about historic river conservation events in the state of California but also gained an introduction into the world of whitewater paddling via whitewater rafting on the popular American River. Using my experience from this opportunity, I aim to continue protecting rivers and sharing my knowledge with others of how they can do so as well, especially the wildest rivers and streams that California has to offer.