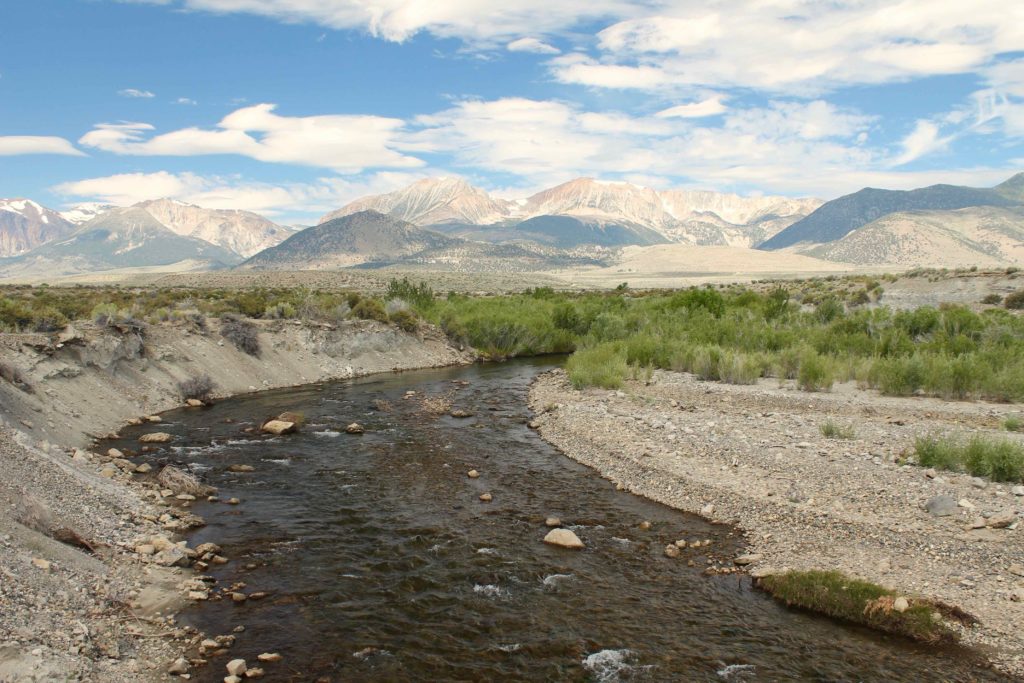 The Forest Service released the final Inyo National Forest Plan in late July. The plan will guide the management of 1.9 million acres of public lands in the eastern Sierra Nevada and the White and Inyo Mountains for the next 15-20 years. The plan includes decisions as to which areas will be protected as wilderness and which streams are eligible for permanent protection in the wild and scenic rivers system.

All in all, the final plan offers a mixed bag of wilderness and rivers protection. In addition, the plan is so general in regard to its direction for the conservation of sensitive watersheds, threatened and endangered species habitat, and the non-wilderness protection of roadless areas, that it is difficult to determine the level of protection that will be provided for these key resources in the future. The release of the final plan kicks off a 60-day period for CalWild and other interests to file formal objections with the Forest Service to secure key changes and improvements in the plan.

The wilderness recommendations are all in Inyo County, even though the Mono County Supervisors submitted comments in response to the draft specifically recommending wilderness protection for several areas in the county, including Glass Mountains, Dexter Canyon, Ansel Adams Addition Northeast (between Lee Vining Canyon and Parker Creek), and the Excelsior area, a complex of four adjacent areas separated by narrow road corridors adjacent to and straddling the Nevada border.

The Forest Service apparently rejected wilderness protection for many of the Mono County areas due to the agency’s specious but unfounded concerns about proximity to nearby roads and development (so called “sights and sounds”, which is not valid criteria to assess wilderness), the need to actively manage threatened and endangered species (not a problem but one often cited by the agency), and existing but relatively light motorized use by off-highway vehicles and snowmobiles.

The good news is that the plan’s wild and scenic river eligibility inventory improved since the draft was released in 2016. The planning process started with 128.3 miles of eligible rivers and streams. This increased 25% to 160.6 miles in the draft plan and the final plan increased eligible river miles by 88% to 241.2 miles (in comparison to the eligible miles identified at the start of the planning process). Eligible streams are to be managed by the agency to protect their free-flowing character, outstandingly remarkable values, and classification (wild, scenic, or recreational), allowing Congress to decide in the future whether to add specific rivers and streams to the system.

The additional eligible miles include several streams and segments nominated by conservationists, including the lower segment of Rush Creek where it flows into Mono Lake, Mammoth Creek, O’Harrell Canyon Creek in the Glass Mountains, and Little Hot Creek in Long Valley. The Forest Service also included some new streams and segments identified by their own resource experts, including the South Fork Cottonwood Creek and Poison Creek (tributaries to the existing Cottonwood Creek Wild and Scenic River).

In the next few weeks, CalWild staff will be reviewing the final plan and its accompanying environmental impact statement to identify key areas needed for improvement, which will be subject to a formal objection to be filed with the agency by Oct. 3, 2018. This will lead to an objection resolution meeting with the Forest Service, which will provide an opportunity to advocate for key improvements, particularly for the protection of roadless areas and additional wilderness recommendations for areas in Mono County.

All stories by: CalWild
OP-ED: What’s needed to prevent megafires
A state safety net for federal wild and scenic rivers