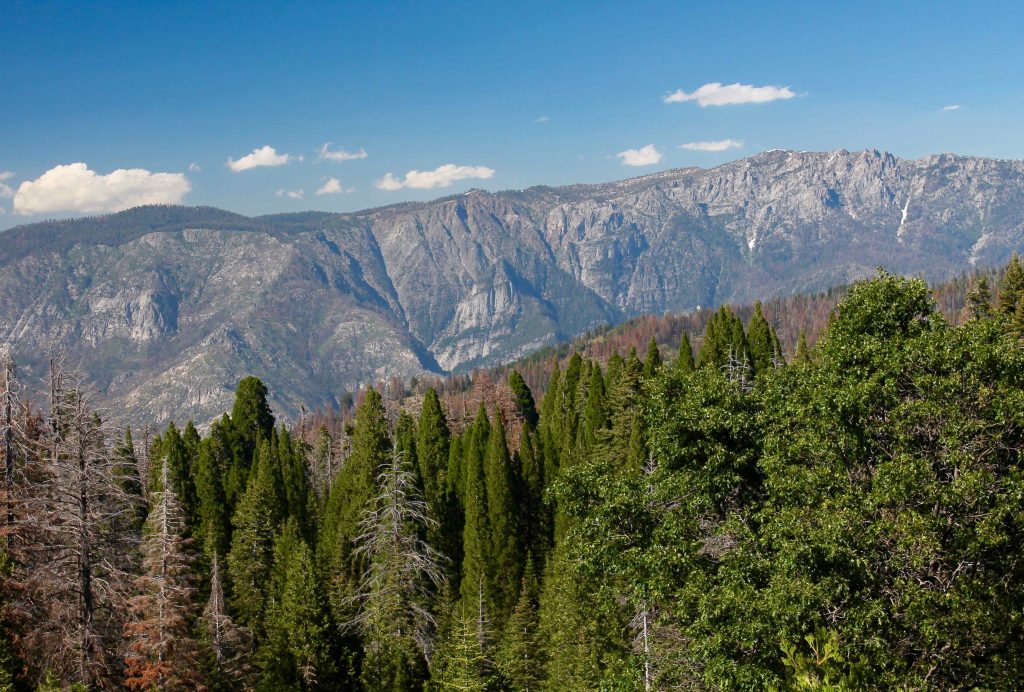 This month, CalWild planned to hold a board meeting in the Los Angeles region.

We do our best to represent the entire state, so we try to hold one board meeting each in northern and southern California each year. Our October meeting was planned near the San Gabriel Mountains.

Taking advantage of having us all in Southern California, the night before we hosted a great event in Ventura celebrating our Central Coast campaign.

A number of staff and board members drove back to LA that night. As we drove along the freeway, we came across two glowing wildfires just off the highway. The second turned out to be the beginning of the Saddle Ridge fire.

When we woke up the next morning, Interstate 5 was shutdown between Los Angeles and Santa Clarita. Half our team was on one side of the blaze, and half was stuck on the other. Smoke filled the air and the winds howled.

Uncertainty was rampant.  We weren’t sure which roads  would be closed next or if anyone should move. To avoid exacerbating the travel challenges and ensure everyone’s safety, we cancelled our all-day board meeting. This was the second time we had to cancel one of our two annual in-person meetings in only three years. We cancelled another October meeting in 2017 due to the impacts on board members caused by the North Bay fires.

The Saddle Ridge Fire is now mostly contained. While the total damage didn’t match last year’s Camp Fire or the 2017 North Bay fires in 2017, it shows the extent to which no area of California will escape the direct or indirect ramifications of wildfire.

For years, California and its many rural and urban communities have seen a growing threat from high severity fires. In fact, 2018 actually turned out to be California’s worst fire season measured by acres. This is the new reality in California.

There is no one culprit behind California’s increasingly catastrophic fires. Dryer and hotter conditions driven by climate change, urban development in previously undeveloped wild lands, over a hundred years of fire suppression in fire-based ecosystems – all contribute to the increasingly destructive fires threatening our state. Because of this and because of California’s diverse landscapes (forests, chaparral, deserts, and even urban areas), there is no easy or singular solution.

But there are strategies that can be employed to address wildfires on our public lands, particularly the more than 20 million acres of National Forests in California.

Today, California’s forest fires on our public lands are more severe as a result of more than a century of extreme fire suppression policies and logging practices replacing the largest and most fire-resistant trees with dense thickets of young trees and years of fuel accumulation. That problem is now being exacerbated by  hotter and drier conditions caused by climate change and increased developments in California’s fire prone areas due to the state’s housing crisis.

As far back as the 1950s and 60s, land managers recognized that the native understanding of fire was correct. For thousands of years they had proactively used fire to improve productivity. California’s fire-adapted ecology required fire to maintain its health and resilience.

However, incentives pushed many land managers to maintain strict 100% suppression strategies. The Forest Service is a part of the U.S. Department of Agriculture because for years forests were seen as crops. Burnt crops meant lost profits. The Forest Service was in business to help grow trees, not let them burn.

A seminal event that shaped much of this thinking was the Big Burn in 1910, which scorched 300 million acres of Montana and Idaho. The fire also cost the lives of 86 people (including many firefighters), and it destroyed much of the town of Wallace, Idaho. This contributed to a widespread fear of fire and a rabid culture of putting them. Fire suppression became the preferred policy among land managers for years.

Fire is inevitable in California. Our region’s climate and ecology make it extremely susceptible to fire. In fact, fire is a natural process that always has been, and always will be, part of the California landscape.

Frequent fires ignited by lightning and set intentionally by native Californians cleaned out the most significant flammable fuels, like small trees, brush and dry grass, thereby reducing the risk of the severe fires we see today.

The flora and fauna of California’s forests evolved alongside fire and different landscapes require fire in different ways, and at different intervals, in order to thrive. The issues outlined here are most applicable to the challenges associated with fire and forests. Other landscapes including chaparral and the desert will need different scientific-based approaches.

While recent policies shaped by conservationists have resulted in proactive measures to reduce the threat of wildfire, we can’t undo the damage caused by more than a century of fire suppression policies and unsustainable logging practices overnight. Instead, it will take a sustained, nuanced and science-based approach to help restore our forests and manage them in light of a changing climate.

However, there are a few points that CalWild is starting from. Most important is that constructing roads in roadless areas is not helpful and will exacerbate the problem of human caused fire. Most fires are started by human beings, usually occur in and around roads. By adding roads and infrastructure, we are actually increasing the likelihood of fires at the cost of our wild places.

CalWild is working on finding collaborative, scientifically based solutions to the problem of wildfires on California’s federal public lands. We know that there are people who are working through these problems both on the ground and at the state level. By partnering with them and leaning heavily on our experience, CalWild will be outlining a set of principles, policy objectives and approaches.

Fire is a multi-faceted problem with many elements that fall outside of CalWild’s work. Our involvement in these discussions can help to make our lands healthier and more resilient.

We’ll be in touch during the coming months, as we continue to develop and evolve our approach to fire. We welcome your thoughts on how we should manage California’s new reality.