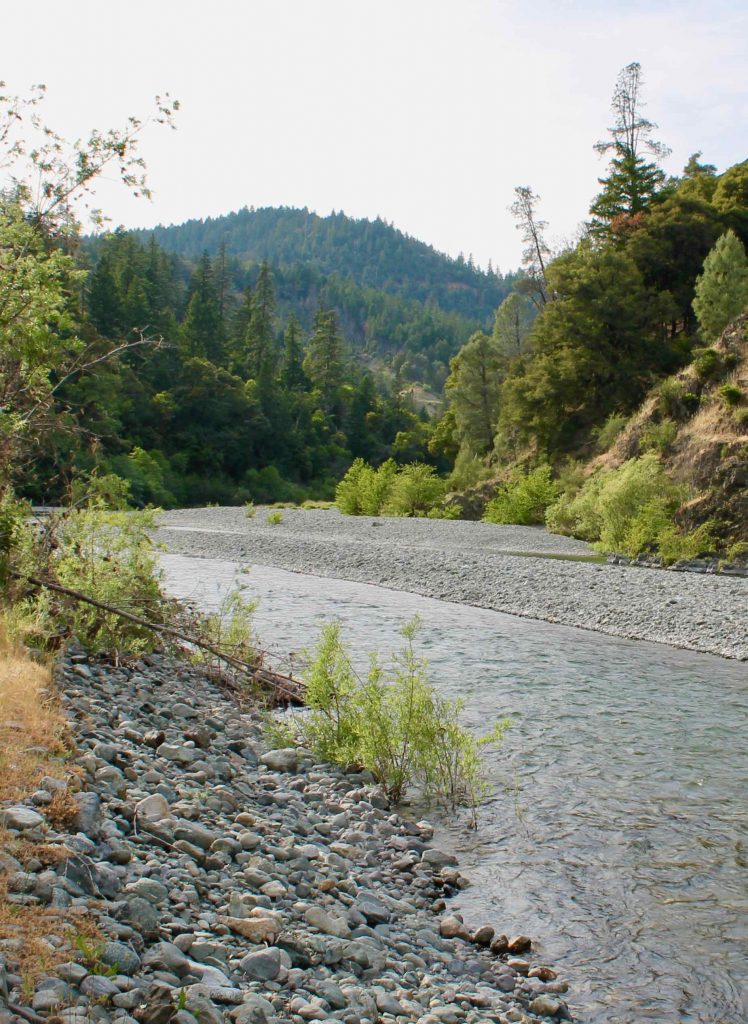 The Forest Service is seeking public comments about the scope of the proposed Hyampom Fire Resilient Community Project on the Shasta-Trinity National Forest in northwest California’s Trinity County. Although supportive of efforts to reduce wildfire threats, the project directly conflicts with wilderness and wild and scenic river legislation in Congress, as well as existing management direction in the Shasta-Trinity National Forest Land Management Plan that protects backcountry areas, at-risk salmon and steelhead populations, and existing and proposed wild and scenic rivers.

As currently proposed by the Forest Service, the Hyampom Project includes 2,460 acres of ridgetop, roadside, and property line fuel brakes up to 600 feet wide that will reduce forest canopy cover by 70% (leaving only 30% canopy which will promote rapid brush and grass growth), 4,780 acres of tree plantation thinning that could remove up to 80% of the vegetation and retain as little as 45 trees per acre when completed, and 13,879 acres of fuel modification and prescribed fire that includes the removal of all young trees under 8 inches in diameter and the mechanical mastication of brush. 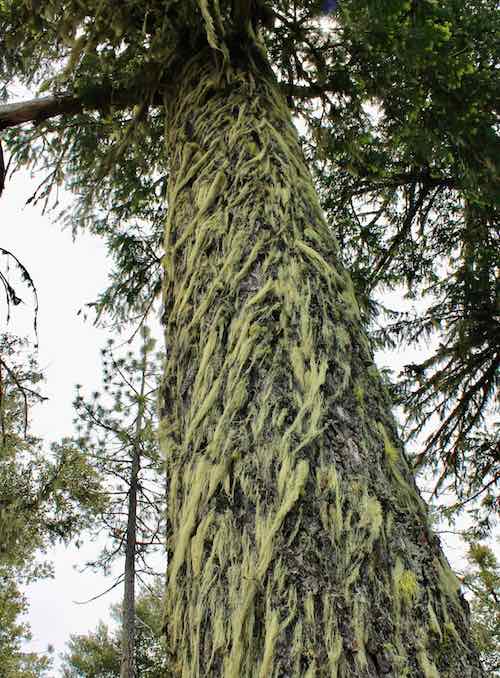 Conservationists generally support shaded fuel breaks along roads and property lines when needed to protect communities, as well as thinning of existing but overgrown plantations that pose an extreme fire hazard. We also strongly support the use of prescribed fire to restore fire-based forest ecosystems. In fact, Representative Jared Huffman’s Northwest California Wilderness, Recreation, and Working Forests Act encourages this kind of management outside of roadless areas and proposed wilderness and wild and scenic rivers. But there is concern about the intensity of the Hyampom Project prescriptions (particularly in regard to the amount of trees and other vegetation proposed for removal), the location of some of the treatments in areas proposed for wilderness and wild and scenic river protection, and possible violations of the existing protective management for existing and agency-recommended wild and scenic rivers and inventoried roadless areas.

Parts of the Hyampom Project directly conflict with legislation authored by Rep. Jared Huffman that has passed the House of Representations, as well as companion legislation authored by Senator Kamala Harris that is currently pending in the U.S. Senate. The Northwest California Wilderness, Recreation, and Working Forests Act includes the 28,595-acre proposed Pattison Wilderness east of Hyampom on Hayfork Creek and the 26,446-acre South Fork Trinity River Wilderness. About 3,152 acres of the proposed Pattison Wilderness and 820 acres of the proposed South Fork Wilderness could be adversely impacted by the project to varying degrees. Conservationists recommend that the Hyampom Project be modified to avoid establishing permanent fuel breaks and extensive fuel removal in these proposed wilderness areas. 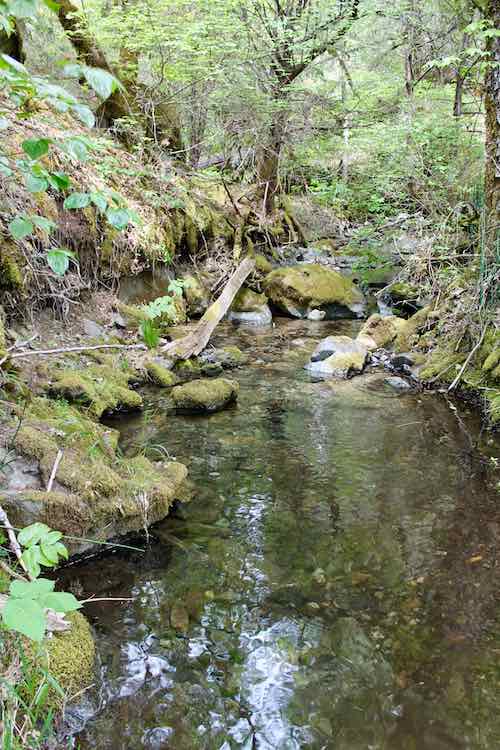 The Hyampom Project could also adversely impact two wild and scenic rivers proposed in the legislation, including 16.4 miles of Hayfork Creek and 2.8 miles of Olsen Creek (a Hayfork tributary). Segments of both creeks on public lands are proposed for legislative designation to protect their salmon and steelhead fisheries, as well as Hayfork Creek’s outstanding scenery and recreation values. According to the Forest Service, Hayfork Creek supports moderate to high populations of salmon, steelhead, and native trout, and the creek offers high quality scenery. Federal and state studies have identified Olsen Creek (a Hayfork tributary) as an important stream for the recovery of threatened Coho salmon. Any treatments proposed in the Hyampom Project would have to be conducted in a manner that protects the outstanding fish, scenery, and recreation values of the proposed wild and scenic rivers.

The 1995 Shasta-Trinity National Forest plan guides the current Forest Service management of this area. The plan includes a Forest Service recommendation to protect 14 miles of Hayfork Creek as a Wild and Scenic River. The Hyampom Project proposes fuel modification and a possible fuel break in the Hayfork Creek corridor. Although these activities are not necessarily prohibited by the Wild and Scenic Rivers Act, they would have to be conducted in a manner that protects the stream’s outstanding fish and scenery values.

The Hyampom Project also proposes a 600-foot-wide fuel break along the Lower South Fork Road that would remove trees and other vegetation along two miles of the existing South Fork Trinity Wild and Scenic River corridor north of Hyampom. The vegetation removal in the river corridor could adversely impact the river’s outstanding salmon and steelhead fishery and degrade scenery and recreation opportunities along a segment of the river that hosts two campgrounds and two picnic areas.

Plantation treatments and a 600-foot-wide fuel break are also proposed within an area managed as a Late-Successional Forest Reserve (adjacent to the South Fork roadless area). The Reserve is supposed to be managed to protect old growth forests and at risk wildlife species that depend on old growth forests. It is unclear whether the activities proposed in the Hyampom Project meet these objectives.

We recommend that the Hyampom Project avoid these sensitive areas or that treatments be modified to avoid impacts on the protected areas.

The Hyampom Project scoping documents fail to specify the level of environmental review that will be conducted to identify and mitigate the potential impacts of the project. The timing of the scoping notice would permit the Forest Service to follow a Trump Administration Executive Order allowing very minimal environmental review of forest projects using a Categorical Exclusion (CE). Given potential impacts on roadless areas proposed for wilderness protection in legislation and protected under the Roadless Area Conservation Rule, the existing South Fork Trinity and proposed Hayfork and Olsen Creek Wild and Scenic Rivers, and critical habitat for numerous rare, sensitive, threatened, and endangered animal and plant species (including a Late Successional Forest Reserve intended to protect such species), we urge that the Forest Service analyze this project in a full Environmental Impact Statement (EIS) or at least a robust Environmental Assessment (EA).  The Forest Service should not bypass important environmental review with the use of a CE.

What You Can Do

The Forest Service is accepting public comments concerning the scope of the Hyampom Project until Friday, November 13, 2020. Click here to  sign our action alert, where you can email the Forest Service urging that the Hyampom Project avoid areas and rivers proposed for wilderness and wild and scenic rivers protection in proposed legislation and roadless lands protected under the Roadless Area Conservation Rule. In addition, the project should ensure that potential adverse impacts on critical habitat for rare, sensitive, threatened, and endangered species be avoided or fully mitigated. Urge that this project be analyzed in an EIS. Your email should also encourage the Forest Service to implement ecosystem restoration and prescribed fire management in a manner that complies with roadless area and wilderness protection. The Eldorado National Forest’s Caples Creek Ecological Restoration Project is a good example.

For more information concerning the Hyampom Project, you can review the Forest Service’s pre-scoping and scoping documents here: