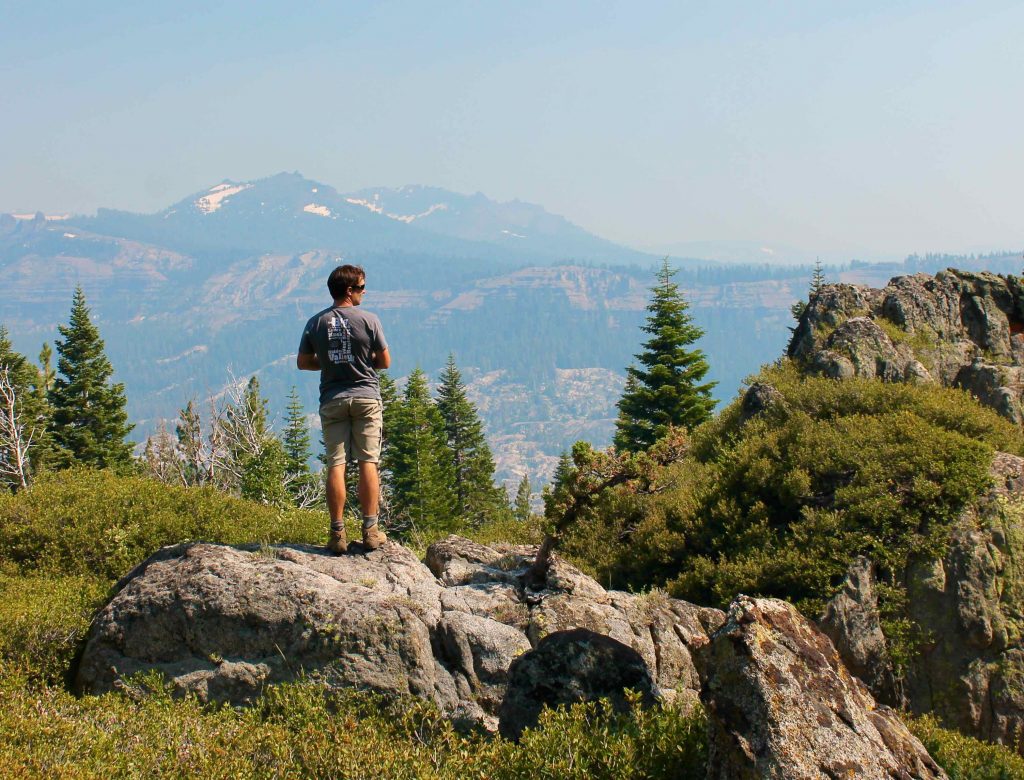 At the beginning of the month, the Caldor Fire was all over the news, burning Grizzly Flats and threatening the communities in and around South Lake Tahoe. It became a national story and the top priority of both CalFire and the Forest Service.

A number of communities were spared including Meyers and South Lake Tahoe itself and much of the credit was given to fuel reduction treatments these communities undertook over many years. The San Francisco Chronicle did a great graphic look at the growth of the fire and the degree to which these treatments slowed its progression or altered the fire’s behavior allowing firefighters to protect communities.

We should be very clear that fuel reduction treatments around communities, like thinning and prescribed burning, are not intended to stop a fire. In those cases, it is meant to get the fire down on the ground and make it as manageable as we can in order to permit firefighters to protect lives and structures. 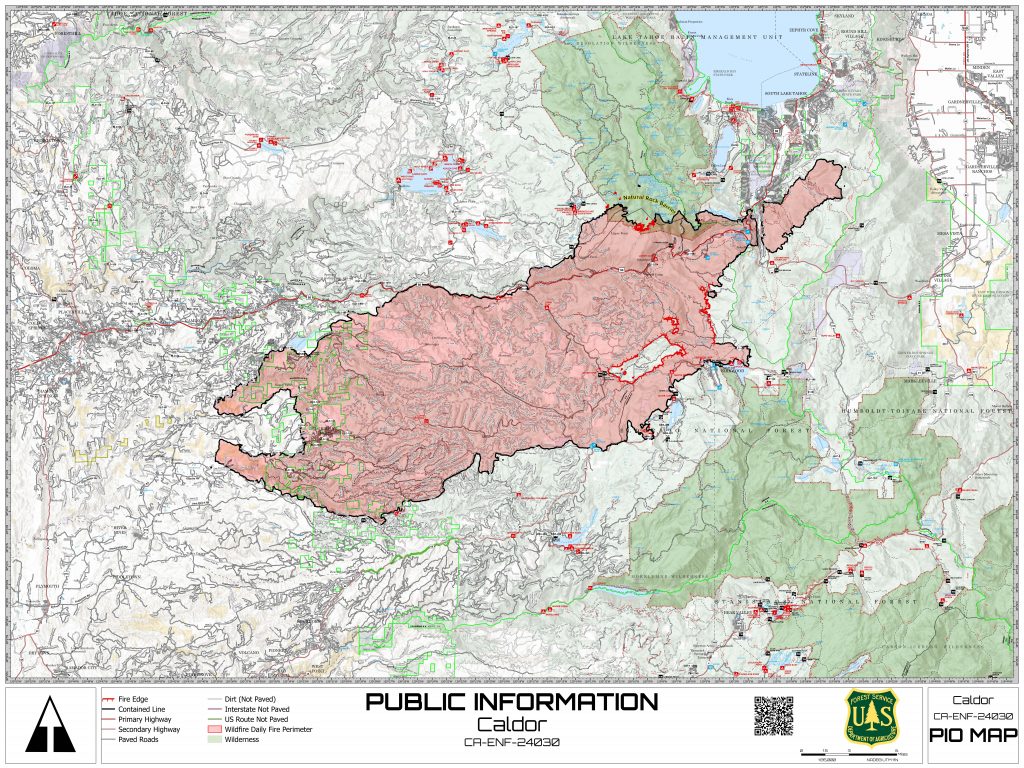 As you can also see from the map above, there is a clear hole in the middle of the fire boundary. That outline is nearly identical to the treatment area in the Caples Ecological Restoration Project.

The Caples Ecological Restoration Project (the Project) encompasses approximately 8,800 acres in the Caples Creek watershed. Much of the Project is located in the Forest Service-recommended 13,694-acre proposed Caples Creek Wilderness. Flowing through the area are segments of the Silver Fork American River and Caples Creek identified by the Forest Service as eligible for National Wild and Scenic River protection due to their outstanding recreation and fishery values. An extensive trail system wanders through old growth forests and past lush meadows, bare granite rock formations, and numerous cascades, attracting a high level of recreation use.

The goal of the Project was/is to restore fire back into the region benefiting the health of the forest, watershed, and wildlife in the area. The Project includes a number of elements including aspen and meadow restoration as well as fuel treatments including prescribed burning.

The Forest Service was using a Minimal Impact Suppression Tactics or “light on the land” approach due to ecological and cultural values in the recommended wilderness area and the eligible wild and scenic river corridors. This limits the work to mostly hand tools and other non-motorized work. This Project was designed to go over 15 years with many individual projects to expand burning in the area and reduce fuel loads in order to restore a more historically accurate fire regime and forest composition after over 100 years of fire exclusion in the project area.

It’s also important to admit that as beneficial as these projects can be, they aren’t without their own risks. In September 2019, the controlled burning, including piles of fuels and a prescribed burn, got out of control due to a change in weather patterns. The resulting Caples Fire burned 3,435 acres before being finally being controlled. Until that point, approximately 425 acres had been burned in the entire Project area. Luckily, the Caples Fire didn’t burn as severely as other wildfires had in similar circumstances, but it still had a more severe impact on large trees than the prescribed burning project had hoped.

Although the Caldor Fire burned the Caples Creek area at various intensities, the Chronicle’s analysis concluded that prescribed burns and other fuel treatments in the Caples Project and other projects slowed or curbed the growth of the fire. This is only one example and much more data is needed about the Caldor Fire. However, given the “light on the land” approach and the generally beneficial benefits of even the escaped Caldor Fire, we need to continue to prioritize this work as the state roles out the billions it allocated for forest health and fire prevention in the coming years.