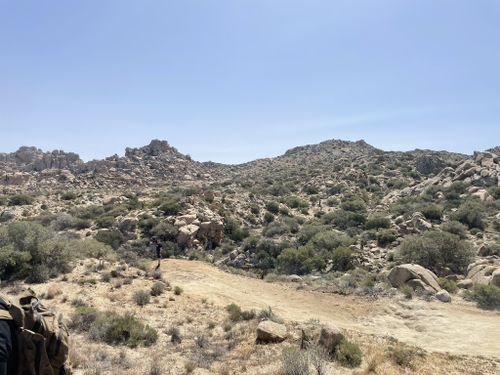 CalWild does its best not to just protect new public lands, but make sure they continue to be managed well into the future. That takes diligence and consistent engagement. In 2019, CalWild joined a number of local groups working along the U.S. and Mexico border to sue the Trump administration around its use of misappropriated funds through his emergency declaration on the border. Represented by Earthjustice, we argued that the moving of funds from the Department of Defense to build the wall was unlawful.

Our worry was around the impact on the desert ecosystem, particularly in the Jacumba Wilderness. We’ve continued our litigation since 2019 and have finally reached a settlement with the government. Overall, we’re reasonably satisfied with the result, given the circumstances. 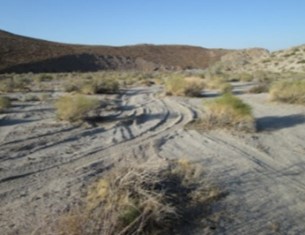 Tire tracks cutting across Davies Valley with dead vegetation in the foreground. Photo by Edie Harmon

Unfortunately, in the intervening years, there was enormous, irreversible ecological impacts along the border. As we outlined in this blog post, the Jacumba Wilderness has suffered from the effects of border wall construction. Those impacts included miles of paved road through the wilderness, many off-road tracks being carved throughout the area, hundreds of fragile plants being flattened or flung aside, and many key drainages being blocked by berms and massive sand piles. Additionally, the contractors drilled seven wells with at least one reaching the area’s sole potable aquifer, an essential source of water for the ecosystem. A huge thank you to local activist Edie Harmon for tracking and documenting all of these impacts and many more. 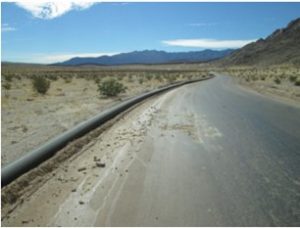 A new paved road with a water pipe along the side. Photo by Edie Harmon.

While the settlement can’t fix the damage done, we believe the agreement was the best we could have achieved with the limited amount of funding that Congress made available for remediation efforts.  It also requires the government to consult regularly with us and the other Plaintiffs regarding those remediation efforts.  The basic elements, which again are almost all dependent on funds being available are: stopping ongoing construction, removing unused construction material and backfilling open trenches, remediating damaged vegetation, fixing berms and regrade paved road, decommissioning and sealing the water wells for border wall, constructing adaptation measures that mitigate other environmental harms, such as wildlife gates that facilitate cross-border movement, and consulting on remediation required to fix blocked drainages in the area.

A special thank you to our friends at Earthjustice for doing the heavy lifting for all of this. We always love working with partners in defending our collective conservation values.

All stories by: CalWild
Toast to the Central Coast in Ojai on April 28th
Andrea’s First Trip to Mission Creek