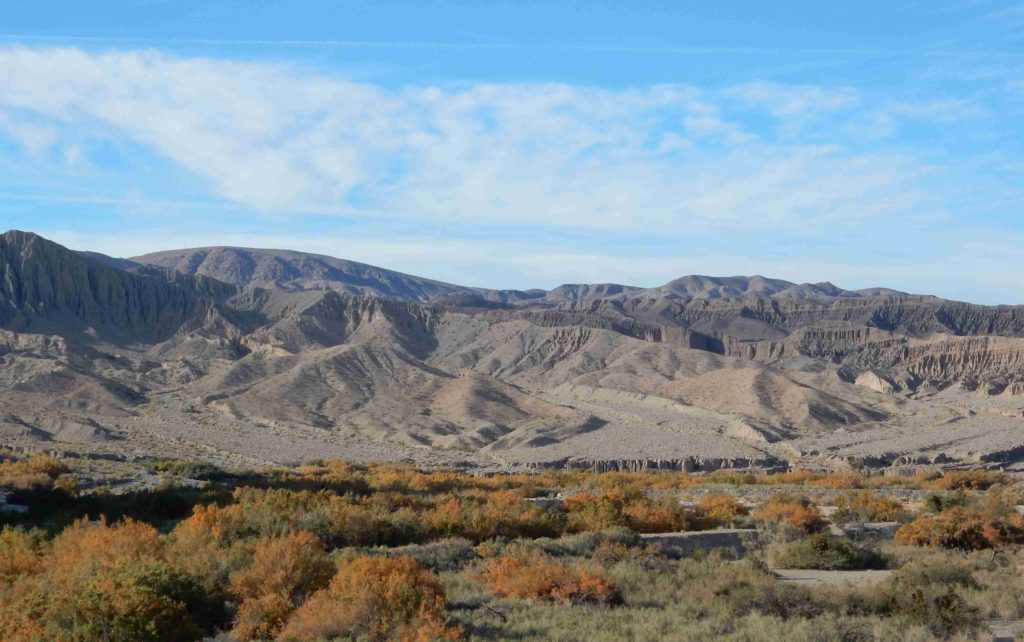 The California Wilderness Coalition (CalWild) welcomes the release of the Bureau of Land Management’s (BLM) Desert Renewable Energy Conservation Plan (DRECP), the final stage in an historic planning process of unprecedented size that began in 2008.  The DRECP provides a blueprint that will guide the BLM in its efforts to help the State and Federal governments meet ambitious greenhouse gas reduction goals while still protecting over three million acres of public lands in the California desert that are essential for the continued survival of the region’s plants and wildlife populations, so as to maintain its scenic qualities, historic, cultural resources and recreational values.

The California Wilderness Coalition (CalWild) applauds the BLM for its persistence in getting the Plan finalized.  Linda Castro, CalWild’s Southern California Representative, listed some of the special wild places that the Plan will permanently protect in a new system of “California Desert National Conservation Lands.” “The BLM listened to the public and is going to permanently protect almost three million acres of the most treasured places in our desert, such as Silurian Valley, Kelso Creek, Fossil Falls, the Palo Verde Mountains, larger portions of the Cadiz Valley, and the Amargosa River region.  This is very exciting and historic news.”

CalWild’s Senior Policy Director, Ryan Henson, added that, “We are thrilled that the BLM has agreed to permanently protect these California Desert National Conservation Lands from both energy development and mining, consistent with a 2009 directive from Congress.  This means that the BLM cannot undo these protective designations with a future BLM planning process and that only Congress can undo them.  I cannot over emphasize how important this is for the lasting protection of the California Desert National Conservation Lands – the absolute best of our desert public lands – all of which have been designated for their spectacular scenery, unique plants and animals, and their cultural significance.”

The four million acres of protected lands designated in the DRECP are meant, in part, to offset the 388,000 acres (about 606 square-miles) of federal land in the desert where the BLM will encourage energy development, and the several hundred thousand additional acres of federal land where development may be allowed under more stringent circumstances. Castro notes that, “Offsetting this development with land protection is critically important given that solar development, in particular, completely transforms and destroys natural landscapes, leaving them with all the habitat value of a parking lot.” Additional lands in California will be slated for renewable energy development in forthcoming plans that will look at conservation and development needs on private, county and State lands in the deserts, in addition to the San Joaquin Valley.  Henson notes that “The BLM now needs to integrate the DRECP with ongoing planning efforts for renewable energy development and conservation by desert counties.  The county plans are critical for meeting California’s renewable energy goals. Public lands should not bear this very heavy burden alone.”

CalWild and its partners intend to work hard in the years ahead to help the BLM implement the protections described in the DRECP, particularly for the California Desert National Conservation Lands. As Castro notes, “Having a sound plan like the DRECP is just an historic first-step in the fight to protect our matchless desert landscapes. We now have to help the BLM make that plan a reality on the ground.”

The California Wilderness Coalition is a 501(c)3 statewide non-profit organization that protects the natural landscapes that make California unique, providing clean air and water, a home to wildlife, and a place for recreation and spiritual renewal.  www.calwild.org

All stories by: CalWild
The Next Step for the San Gabriel Mountains
Adding to the CA Coastal National Monument