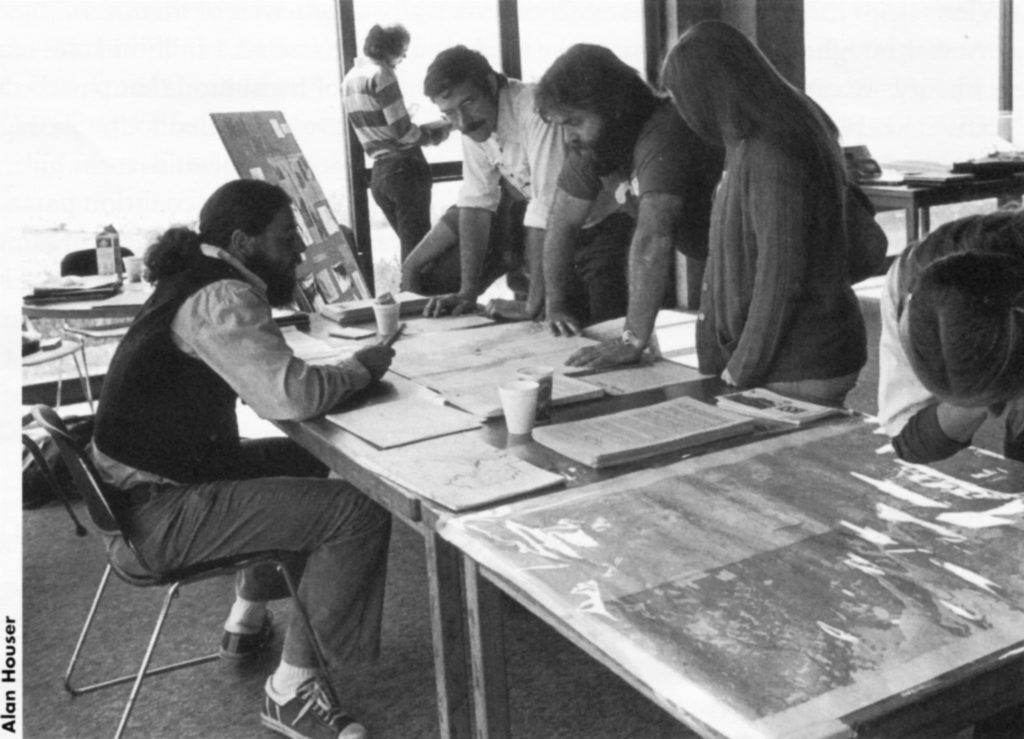 The Silicon Valley startup is a cultural icon based on youth, passion, and a disruptive idea. Well, we have a great story of a startup that disrupted a social/political paradigm – and it started 40 years ago, not in Palo Alto, but in Davis, California.

In January 1976, five twenty-somethings who shared a passion and a mission got together to sign Articles of Incorporation for their new startup, the California Wilderness Coalition. Their plan:  disrupt the status quo of conservation activity to achieve a breakthrough in wilderness preservation. Instead of succumbing to the bureaucratic-industrial complex that divided and defeated conservation plans, they proposed a new paradigm of “unify and succeed.” Unify information, unify people, unify action – and succeed in a radical paradigm shift that stopped seeing exploitation as the normal fate of wildness, and instead promoted a big new idea:  wild areas – all of them – should and will remain wild.

This startup had five new “products” to bring to the market of ideas to achieve its goal:  research and education; integrated defense; community organization; consensus building; and political infiltration.

In classic startup tradition, what the founders and core volunteers lacked in experience, they made up in commitment and willingness to tackle new tasks. They began in “stealth mode” earlier in the 1970s, surveying the market and the competition with forays into traditional conservation campaigns and wilderness defense actions. They led student environmental groups at their colleges. They advanced as volunteers or employees of the “mainline” conservation players such as the Sierra Club or Wilderness Society. They studied the actors – the agencies and industries that exploited wilderness – and gathered intel on their operations.  And when they came to realize that a big step up was needed, they jumped!

The first product came out immediately in March of 1976 – the Wilderness Record. This was the distribution method for research and education efforts to achieve that first great unifier – information. The insight here was that small groups of conservationists all over the state were working in isolation, without knowledge of each other or the big picture of what was happening to the wilderness. Our startup pioneers made their first mission to collect and synthesize this information and distribute it widely. The early years of the Wilderness Record are chock full of in-depth articles about the big programs and political forces affecting wilderness, beginning with the first real statewide inventory of all public wild lands, and then providing the big picture of how the management agencies were failing to protect that wildness, and how individuals could affect management of their public lands.

The next product line was an integrated defense of our wild lands. By plugging into information sources, both official and grassroots on the ground, our committed volunteers (and eventually, paid staff) could keep track of the myriad threats to our wild lands and effectively intervene with campaigns to solicit press coverage, get public support at hearings and in response to draft plans, and pursue legal avenues for appeal and even law suits. Numerous timber harvest proposals in roadless areas were derailed and numerous agency forest and resource plans improved to give greater protection to wildness – or at least, stave off immediate development.

Another early product line was community organizing. Direct outreach to local conservationists and training such as workshops and conferences were created to help individuals come together and achieve more as a group.

As CWC matured, with its brand now firmly established, a new product line was unveiled – consensus building.  It was not enough to reach out to those who favored wilderness preservation. We had to start talking to those who were indifferent or opposed, especially those with positions of influence in their communities. We had to listen and try to accommodate others’ legitimate concerns about how wilderness protection proposals would affect them. We had to answer their questions and demonstrate that wilderness was a positive value in their communities. Our exceptional conservation staff, led by Ryan Henson, created this new method to unify people with great success, such as the North Coast wilderness bill and 2016’s new national monuments in the desert. I do believe that consensus building has become the essential ingredient for our current and future success in protecting wild lands.

Our startup’s product portfolio has finally filled out in the last decade with political infiltration.  By careful research, field work, and transparent sharing with stakeholders, our staff have become known to congressional representatives and agency people alike as reliable and genuine sources of information about wild lands and their values. This gives them an outsized influence in the political process to counteract the exploitive lobbies.

All stories by: CalWild
10 Year Celebrations for the “North Coast” Bill
Asa Lake