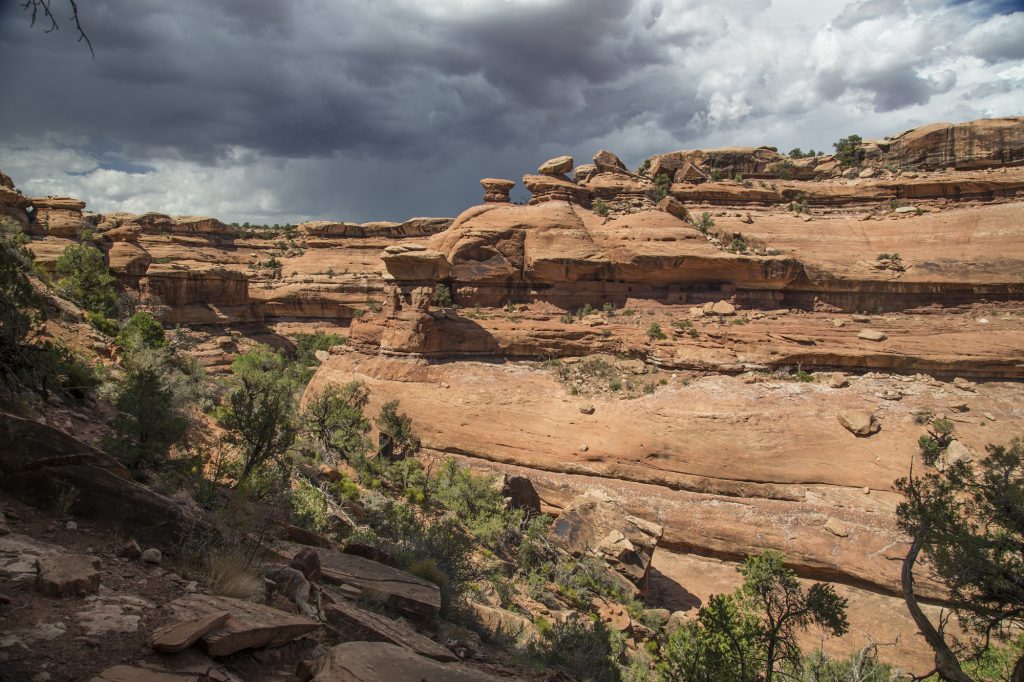 On October 7th, the Biden-Harris Administration announced it would be restoring protections of three national monuments that were reduced under the Trump administration. Bear Ears, Grand Staircase-Escalante, and Northeast Canyons and Seamounts National Monuments, all received their restored protections via individual Presidential proclamations which were all signed on October 8th. Bears Ears and Grand Staircase-Escalante National Monuments, are both located in Utah. The third monument, Northeast Canyons and Seamounts National Monument, is a marine monument in the Atlantic Ocean.

President Obama designated Bears Ears NM in 2016 using the Antiquities Act which grants a President the authority to establishment a national monument which affords an area special certain protections and management.  The re-established protections and boundary adjustment of Bears Ears is particularly worth celebrating because the monument was highly advocated for by several Tribal communities whose ancestral homelands lie within the NM which are the Tribal Nations of Hoon’Naqvut (Hopi), Shash Jaa’ (Navajo), Kwiyagatu Nukavachi (Ute), and Ansh An Lashokdiwe (Zuni). In addition to being an integral location for the Tribal Nations, the region also holds evidence of westward expansion of European Americans and the settlement of Latter-day Saint communities into Utah.

With the recognition of the importance that Grand Staircase-Escalante NM holds, President Clint designated the NM in 1996.  It also received its restored conditions and boundaries under President Biden’s Proclamation. This monument is often referred to as an “outdoor laboratory” due to its rich geologic resources, paleontological sites, systems of canyons, and naturally occurring underground coal fires in the Burning Hills of the region. Beyond that, the NM also holds a rich human history including Indigenous history and also history of early Latter-day Saint pioneers.

With these protections restored, there is optimism that the Biden-Harris Administration will continue to demonstrate appropriate leadership towards the national lands and waters we share and care for, particularly as we eagerly seek further action from the President to meet his pledge of protecting 30% of U.S. lands, waters, and ocean by 2030, outlined in the America the Beautiful initiative. One such opportunity for the administration to protect irreplaceable cultural places and public lands and waters is through the current effort being led by our allies at Hispanic Access Foundation who are urging the Administration to protect four landscapes throughout the country, including a culturally relevant national monument in Southern California. As always, CalWild will continue advocating towards the establishment of national monuments in California where appropriate, the maintained protections of these locations, and for the adequate and sustained funding for these valued lands.