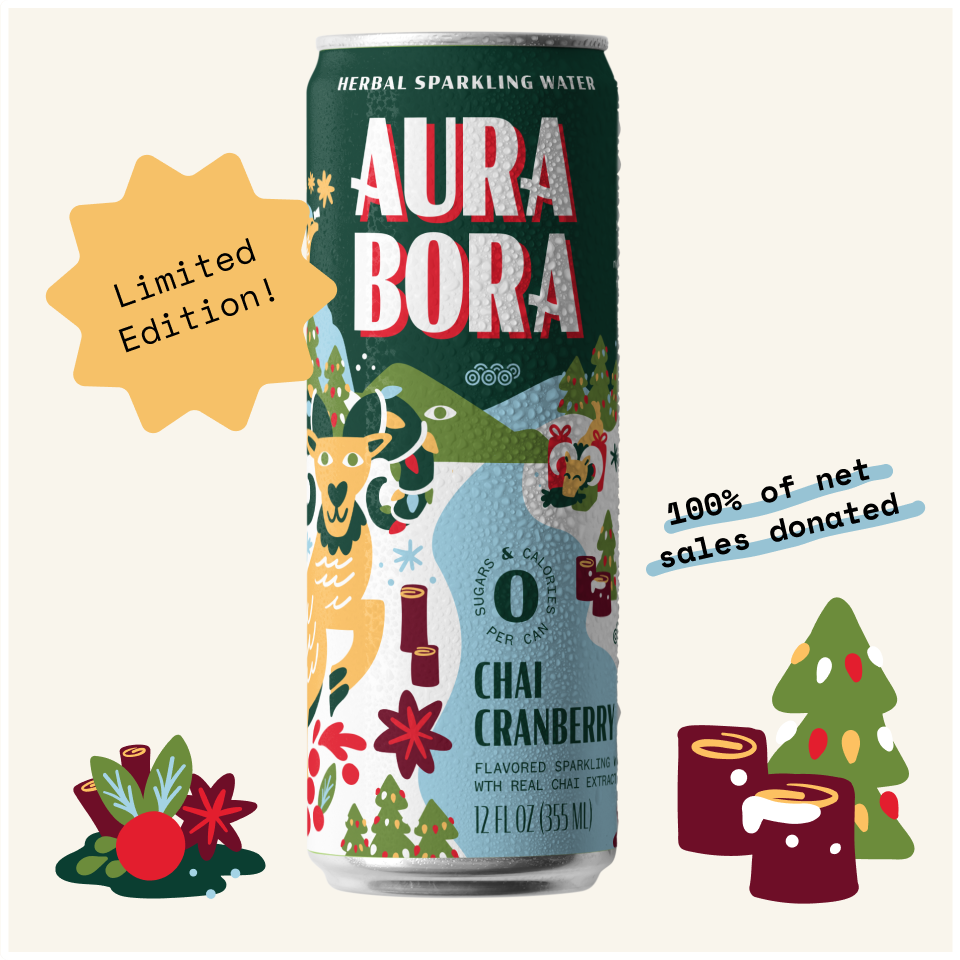 OAKLAND, CA – California Wilderness Coalition (CalWild) announced today a significant monetary contribution from beverage brand Aura Bora, a continuation of an existing partnership stemming from both organizations’ affiliation with 1% for the Planet. As a 1% for the Planet company, Aura Bora pledges to donate 1% of its annual revenue to environmental initiatives. As a result of donating 100% of the net proceeds from their seasonal limited edition Chai Cranberry flavor to CalWild, Aura Bora will be recognized as an Industry Leader, the highest level of recognition by CalWild. Industry Leaders give $5,000 or more to CalWild’s efforts to protect wild places across California. 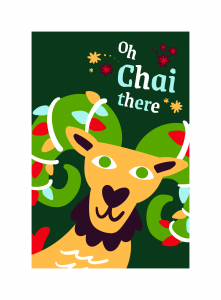 Aura Bora’s Chai Cranberry limited edition flavor prominently features a bighorn – festively named Holly Berry – on the front of the package. “It was important to us that the creature we featured on Chai Cranberry wasn’t just adorable and cute, but also an opportunity for us to advocate for conservation and protection of the lands on which this endangered animal lives,” said Paul Voge, founder of Aura Bora. “Partnering with CalWild, an incredible organization that protects the lands on which Holly Berry, other bighorn sheep, and myriad other species live, was a natural way for us to deepen our partnership.”

The current effort extends a partnership between the two Bay Area-based teams that started earlier in 2021, soon after Aura Bora’s launch. “The growth that Aura Bora has made in such a short amount of time is fantastic. We’re very appreciative of their willingness to make CalWild a part of their rapid ascent with such a significant commitment to our state’s public lands. We’re so happy to highlight the bighorn sheep of California through Aura Bora’s joyful imagery and unique drinks, and hope people tune in to learn more about how to protect bighorn habitat,” noted CalWild’s Executive Director Chris Morrill.

CalWild applauds Aura Bora for committing to the wild, public lands that make their home state so revered for outdoor recreation and iconic wildlife.

Both groups encourage other California businesses to join CalWild as a Group Member. Memberships start at $250 and come with a variety of visibility benefits. Learn more at www.calwild.org/partners-gm.