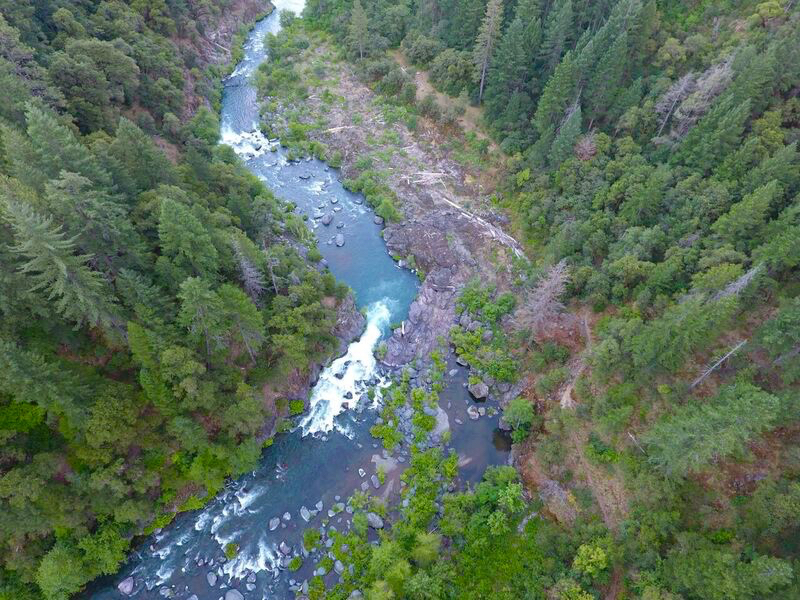 The U.S. Bureau of Reclamation is seeking public comments until close of business (generally 5PM PDT) Monday, October 5, 2020, on a proposed raise of Shasta Dam and expansion of its reservoir. The project would flood segments of the McCloud and upper Sacramento Rivers and harm sensitive and endangered wildlife and plants. You can submit comments directly to the Bureau of Reclamation here. Also, below you can submit comments to Senators Dianne Feinstein and Kamala Harris which will help determine their response.

The agency has released for public review and comment the Shasta Lake Water Resources Investigation (SLWRI) Supplemental Draft Environmental Impact Statement (SDEIS). If you have a sense of déjà vu reading this alert, that’s because this is the second DEIS the Bureau has released for public comment. The original was released in 2013 and finalized in 2015. This Supplemental DEIS is intended to address changes in the Clean Water Act and new biological opinions from other federal agencies, as well as provide a revised analysis of the project’s impacts on the state-protected McCloud River. 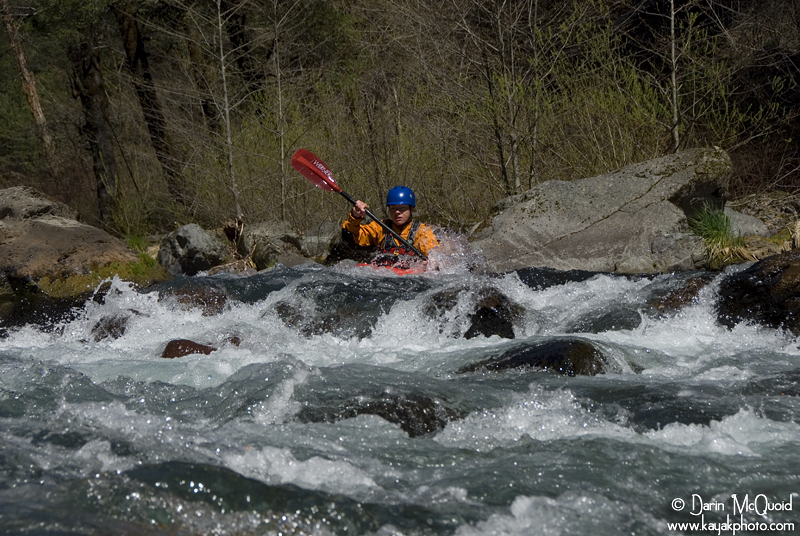 The Bureau is considering up to an 18.5-foot raise of Shasta Dam that would periodically drown more than two thirds of a mile of the McCloud and upper Sacramento Rivers. Both streams were identified by the Forest Service as potential National Wild & Scenic Rivers and the McCloud is protected under state law from new or expanded dams and reservoirs. At stake are the rivers’ nationally significant wild trout fisheries, as well as outstandingly remarkable scenic, geological, and Native American cultural values (particularly for the McCloud).

The project will also drown thousands of acres of the Whiskeytown-Shasta-Trinity National Recreation Area, including portions of at least two protected roadless areas. These public lands are managed by the Forest Service for outdoor recreation, scenery, and wildlife. Reservoir expansion will result in the loss, degradation, and fragmentation of habitat for several sensitive, threatened, and endangered species that thrive on these public lands, including the Shasta snow-wreath and the Shasta salamander.

Raising the dam will also modify flows downstream in the lower Sacramento River, with potentially significant impacts on the river’s parks, public lands, riparian ecosystem, and wildlife. The project will further reduce fresh water flows into the Sacramento-San Joaquin Delta, increasing the mortality of the Delta’s endangered fish. Reservoir expansion will also drown cultural sites sacred to the Winnemen Wintu Tribe, which has already lost most of its cultural heritage under the existing Shasta Reservoir. 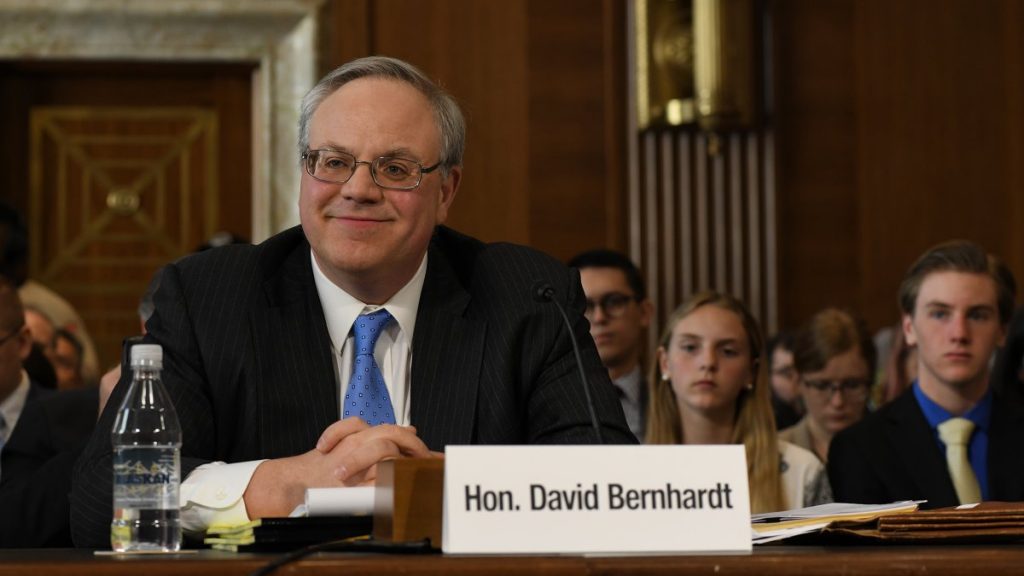 A smug looking Secretary Bernhardt. He oversees the Bureau of Reclamation.

In a brazen and cynical attempt to justify this destructive and expensive project, the Bureau claims that the dam raise and expanded reservoir, which will cost taxpayers more than a billion dollars, will provide needed cold water for endangered salmon spawning downstream of the dam. However, according to the U.S. Fish and Wildlife Service, the benefits to salmon provided by the dam raise are “negligible.”

Despite all these negatives, the Bureau is moving forward with expanding Shasta Reservoir. Why? Could it be because Interior Secretary David Berhhardt was formerly the chief attorney for the Westlands Water District, which will receive the lion’s share of the water? The Bureau is overseen by the Interior Department. Secretary Bernhardt has a clear and conflict of interest in approving this destructive project.

Your email is needed TODAY to convince the Bureau and our Senators that this project should be eliminated from any further consideration.

It’s crucial that Senators Dianne Feinstein and Kamala Harris know of our concern about this project. You can send a copy of your Bureau comments (included below) to our Senators by following these instructions:

1. Copy the Sample Email in this alert.
2. Visit https://www.feinstein.senate.gov/public/index.cfm/e-mail-me and https://www.harris.senate.gov/contact/email simply paste your copied Bureau email into the box provided, with a short cover sentence explaining that this is your comment on the Shasta Dam project.
3. Be sure to fill out your name and contact information so that the Senators may receive and respond to your message.

I am writing today to oppose the raising of the Shasta Dam and enlarging the Shasta Reservoir because it will violate state law that protects the McCloud River from new dams and reservoirs. Reservoir expansion will also drown segments of the McCloud and upper Sacramento Rivers determined eligible by the U.S. Forest Service for National Wild and Scenic Rivers protection. The National Wild and Scenic Rivers Act explicitly requires federal agencies to consider wild and scenic protection as an alternative to water projects that would harm free-flowing rivers. The Bureau has failed to consider this protective alternative for several streams flowing into the reservoir, including the McCloud, upper Sacramento, and Pit Rivers, and Squaw Creek.

The Supplemental Draft Environmental Impact Statement (SDEIS) in the Shasta Lake Water Resources Investigation (SLWRI) fails to address new information made available since the original SLWRI Final EIS was released in 2015. The reservoir expansion will wipe out 62% of all known populations of the Shasta snow-wreath, a rare shrub in the rose family that is found only in the Shasta County area. Earlier this year, the California Fish and Game Commission determined that listing of the Shasta snow-wreath as a state endangered species is warranted. The primary threat to this rare plant is the Shasta Reservoir expansion.

In addition, the SDEIS fails to acknowledge that recent studies have split the Shasta salamander into three separate species. This means that the salamander, which is endemic to Shasta County, has smaller populations that are even more endangered than originally thought. Most of these salamanders are found below 2,000 feet elevation, which means that many existing populations will be wiped out by enlarging Shasta Reservoir to 1,090 feet elevation.

I also question the Bureau’s role in proposing and reviewing the environmental impacts of raising Shasta Dam and enlarging its reservoir. Most of the water from the dam raise will be exported to the Westlands Water District in the San Joaquin Valley. President Donald Trump appointed Westlands’ former attorney, David Bernhardt, as Secretary of the Interior. Since Interior oversees the Bureau, this is a direct conflict of interest.

I am also concerned that the reservoir expansion will, according to the U.S. Fish and Wildlife Service, provide “negligible benefits” for threatened and endangered salmon and steelhead in the Sacramento River downstream of Shasta Dam. It will also drown sensitive Native American cultural sites, some of which are still in use today.

The proposed reservoir enlargement will primarily benefit water contractors more than it does endangered fish, public trust values, or U.S. taxpayers. Please discontinue this unwise project and take steps immediately to better operate the dam to benefit fish and the public lands and sensitive ecosystems along the Sacramento River.

You can review the 2020 SDEIS and the 2015 FEIS online at https://www.usbr.gov/mp/nepa/nepa_project_details.php?Project_ID=1915&fbclid=IwAR0UUarcf3GRS7MtXVyKFlzHT8OqPMibMc3tYHLRCHAo_46g9e5h698dARY.