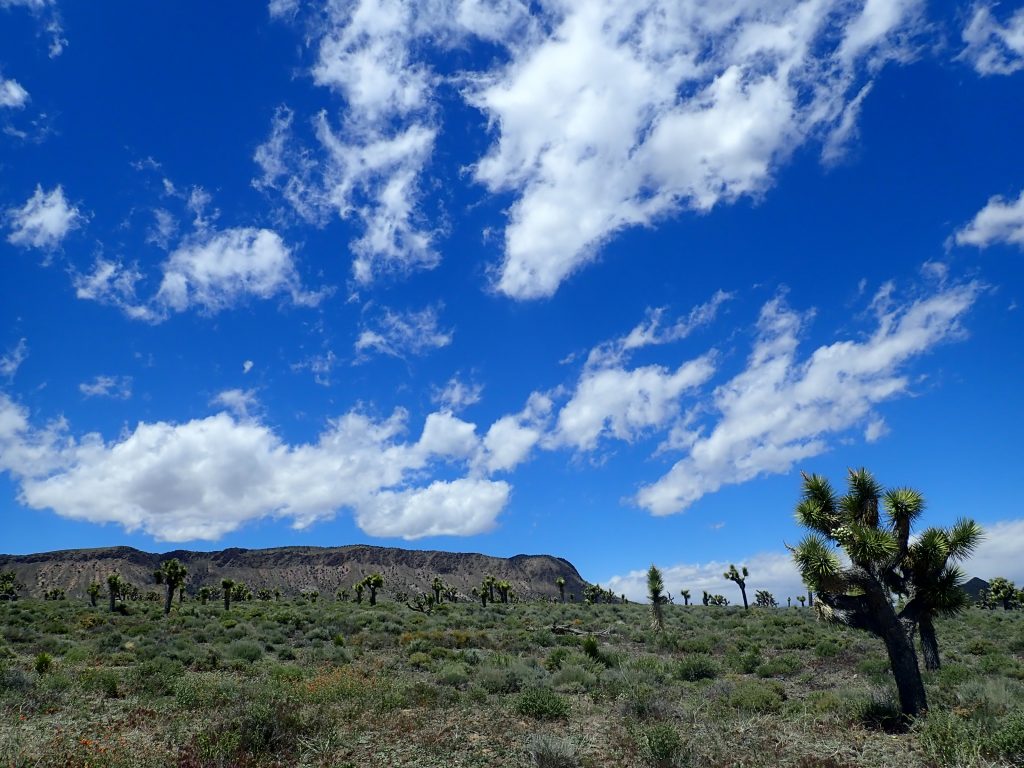 At the doorstep of Death Valley National Park lies Conglomerate Mesa: 22,500 acres of public lands that are the ancestral homelands of the Timbisha Shoshone and Paiute-Shoshone Tribes. Conglomerate Mesa is adjacent to and a natural extension of the Malpais Mesa Wilderness that was protected by Congress in 1994. The non-wilderness portion of the Mesa is designated by Congress and the Bureau of Land Management (BLM) as California Desert National Conservation Lands (NCL) due to its nationally significant scientific, ecological and cultural resources, as well as an “Area of Critical Environmental Concern” (an ACEC is a protective land designation that is unique to the BLM) for other important values.  The area also  includes lands that meet the legal definition of “wilderness” and that CalWild and local partner Friends of the Inyo have included in wilderness protection proposals to former Representative Paul Cook and Senator Dianne Feinstein in the past. 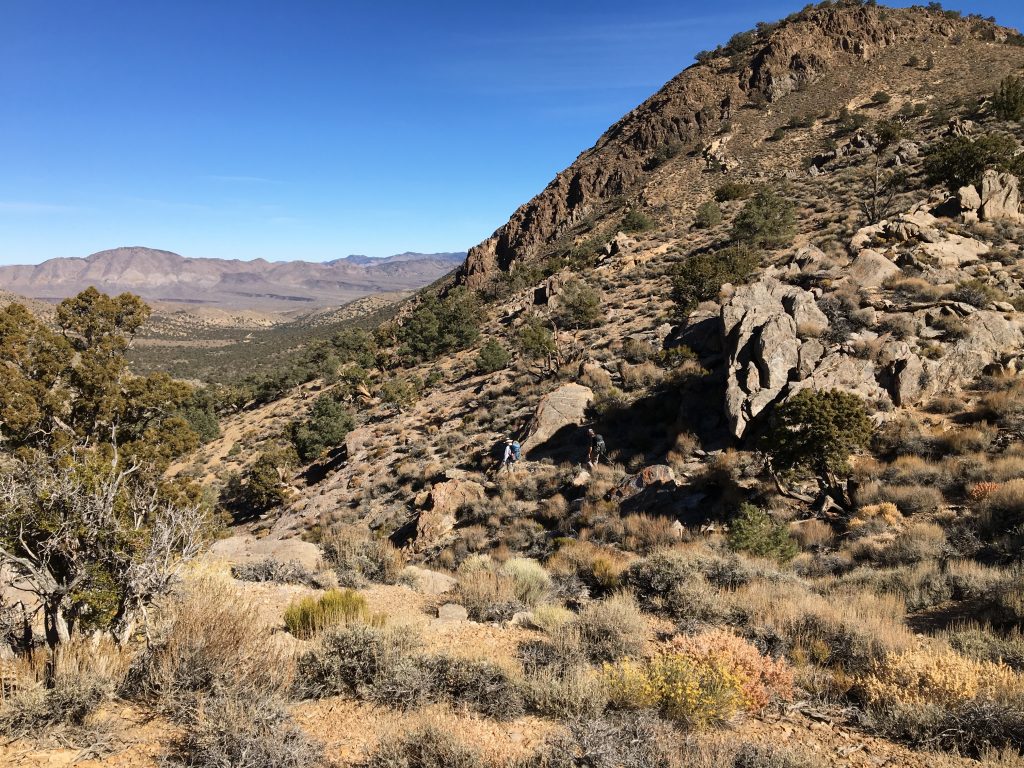 Unfortunately, despite the NCL and ACEC protections and our efforts to get Conglomerate Mesa protected as an addition to the adjacent Malpais Mesa Wilderness, the General Mining Law of 1872 gives preference to the pursuit of minerals and other resources over all other considerations and essentially compels agencies like the BLM to process all mining applications it receives outside of wilderness areas, national monuments, or other areas that have been explicitly protected by Congress or the White House from mining. As a result, Conglomerate Mesa is currently threatened by an industrial open-pit gold mine, proposed by Canadian company K2 Gold. Mining and drilling would permanently scar Conglomerate Mesa’s landscapes, history, and cultural resources. The BLM is currently accepting public comments for a proposed mining exploration project at Conglomerate Mesa, which is located about one mile from the western boundary of Death Valley National Park and approximately seven miles east of Owens Lake. 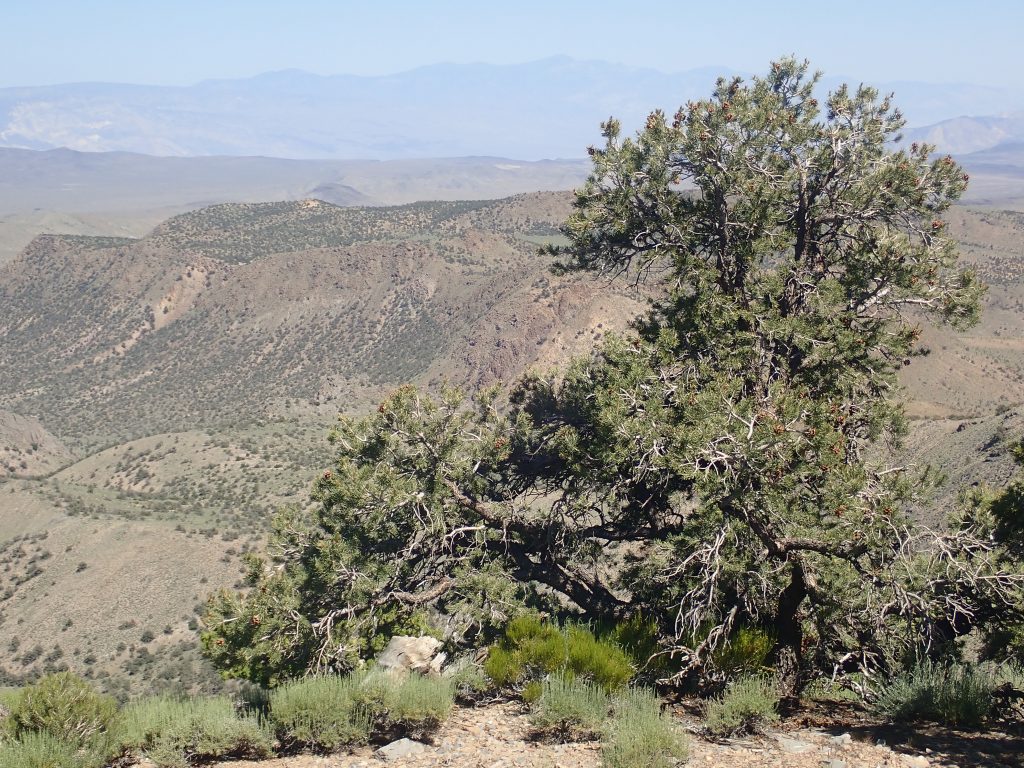 The exploratory drilling proposal will impact at least 12 acres of Conglomerate Mesa. The mining company (K2 Gold) proposes to drill 1,000 feet down at seven locations to collect samples for gold analysis and to construct nearly three miles of new roads. K2 Gold’s exploratory drilling could lead to an industrial scale open-pit cyanide heap leach mine, which would permanently destroy cultural resources and traditional cultural use sites, as well as threaten water supplies, wildlife and plants, and recreation.

Following this initial public “scoping” period, the BLM will review public comments, prepare a report that summarizes the scoping comments it received, and issue either a draft Environmental Assessment or Environmental Impact Statement regarding the proposed project. The general public will once again be able to submit comments on that draft document when it is released later this year or next year.

The deadline to submit comments for this public comment period is Monday, August 30th.  Use this link to submit comments:  https://eplanning.blm.gov/eplanning-ui/project/2013863/570.  Click on the green button that says “Participate Now” and then copy and paste your comments or upload a document.

Although it is important to express your concerns about the proposed drilling project in your scoping comments, it is best if you try to limit your comments to what questions you have for BLM that were not fully explained in K2 Gold’s Plan of Operations and what issues you believe BLM needs to consider as part of its environmental review. Finally, this is an excellent time to let the BLM know that you want them to conduct a full and robust environmental review, due to all of the important and sensitive resources that could be impacted by the proposed drilling project, and thus issue a draft Environmental Impact Statement (rather than an Environmental Assessment which involves less environmental review and a shorter public comment period).

We have provided you with a sample letter that has a number of suggested talking points for issues to raise in your scoping comments.  Please use any or all of the comments that are of concern to you, but also be sure to raise any additional concerns or questions that you may have.  It is much preferred that you make these comments your own, rather than using our comments verbatim.  Finally, please note that the last talking point in the sample letter is probably the most important point to make — that you believe that BLM should prepare a full Environmental Impact Statement for this proposed project, due to the numerous important values and resources that would be damaged or destroyed by this proposed project.

Don’t forget, the deadline to submit comments for this public comment period is Monday, August 30th.

I am a resident of [your city] and I strongly oppose K2 Gold’s exploratory drilling project at Conglomerate Mesa. I have numerous concerns and questions related to K2 Gold’s proposed Plan of Operations.

Conglomerate Mesa is designated as California Desert National Conservation Lands, and BLM must manage these lands to conserve, protect, and restore the nationally significant ecological, cultural, and scientific values that these lands were originally designated to protect.  BLM’s environmental review of this project must examine all of the impacts that the proposed exploratory drilling could have on these values, as well as the cumulative impacts of a potential mine at Conglomerate Mesa, and how those impacts can or cannot be avoided with the approval of this proposed project.  Exploratory drilling and mining would go directly against the intended management of this landscape.

Conglomerate Mesa is designated as an Area of Critical Environmental Concern, in order to provide special management to protect and conserve habitat of special status species such as Townsend western big-eared bat, Nelson’s bighorn sheep, burrowing owl, and Le Conte’s thrasher, as well as rare plants, and cultural resources.  BLM’s environmental review of this project must examine the impacts that the proposed exploratory drilling could have on these important resources and values and determine whether or not impacts to them can be avoided with the approval of this proposed project.

The project is located within lands that have been determined to have wilderness characteristics (i.e., wilderness-quality lands).  The BLM needs to consider the impacts to those lands as part of its environmental review and attempt to avoid, or at least minimize impacts to those lands.  If impacts are unavoidable, BLM must analyze and require the need for compensatory mitigation on other, similar wilderness-quality lands in this area of the desert.

Conglomerate Mesa is teeming with many unique and sensitive plant species, such as Ripley’s cymopterus, Inyo rock daisy, cliffdweller, Telescope Peak buckwheat, and slender buckwheat.  It is probable that more sensitive species exist here, since few surveys have been conducted.  The area is also a stronghold for western Joshua trees as climate change advances, which is forcing the species to higher, cooler elevations.  The populations of rare and special-status plants that have been documented here (as well as those that may exist but have not been documented) could be adversely impacted by proposed drilling and road construction. As such, as part of BLM’s consideration of K2 Gold’s Plan of Operations, it should more thoroughly inventory for rare plants and unusual plant communities, in particular at such times when many of these rare and special status plants would be present (e.g., primarily in the late spring and early summer).  BLM must also require K2 Gold to avoid impacts to all of these rare and special-status plants as part of its Plan of Operations.  In addition, BLM must analyze and take into consideration the impacts of climate change on the Conglomerate Mesa area when conducting its environmental review for this project.

BLM must analyze the impacts of the almost three miles of new roads that K2 Gold has proposed to build for this exploratory drilling project.  Impacts to rare and sensitive species and their habitat, as well as visual resources, must be carefully and thoroughly analyzed, as well as the likelihood that such construction will greatly increase the likelihood of non-native invasive species developing a stronghold in and near the new roads.

BLM’s environmental review must provide baseline information on conditions and presence of groundwater potentially affected by the exploratory drilling. This is important because an inadequate environmental baseline precludes an accurate assessment of project impacts.  BLM must also make sure to complete an adequate analysis of the impact to surface waters, including disclosure of the source of the water used in exploration, the amount of water needed to carry out various alternatives of drilling, and the solvents, lubricants, and other industrial compounds used in the exploration.

Conglomerate Mesa is the traditional homelands of the Timbisha Shoshone and Paiute Shoshone Tribal Nations. This area is an important area for pinyon nut harvesting and other cultural uses.  Numerous leaders in local tribes have opposed the gold exploration and mining by K2 Gold. I stand united with the Indigenous people in this opposition. As part of BLM’s consideration of K2 Gold’s Plan of Operations, it should conduct and complete a Class III Cultural Resources Inventory of all areas that would be impacted by the proposed project.

I love to [placeholder for your favorite recreational activities here – i.e. hike, camp, hunt, and stargaze] at Conglomerate Mesa. Outdoor recreation is the economic engine of the Eastern Sierra, where local businesses are highly dependent on tourism-based revenue. BLM must analyze the environmental impacts that this proposed exploratory drilling and mining operation would have on air quality, scenic values, and dark night skies, with the degradation of Inyo County’s reputation as a scenic, outdoor recreation destination that such operations would likely cause.

Due to the fact that this proposed project is likely to harm and/or destroy so many important values and resources, I urge BLM to prepare a full Environmental Impact Statement for this proposed project, to ensure that BLM conducts a thorough and complete environmental review of this project and provides a full range of alternatives, including an alternative that would deny any new roads being built and require the exploratory drilling work to be conducted by helicopter access, only.  The preparation of a mere Environmental Assessment would be inadequate environmental review and would not provide an adequate range of alternatives for the public to consider at the next phase of public comments.