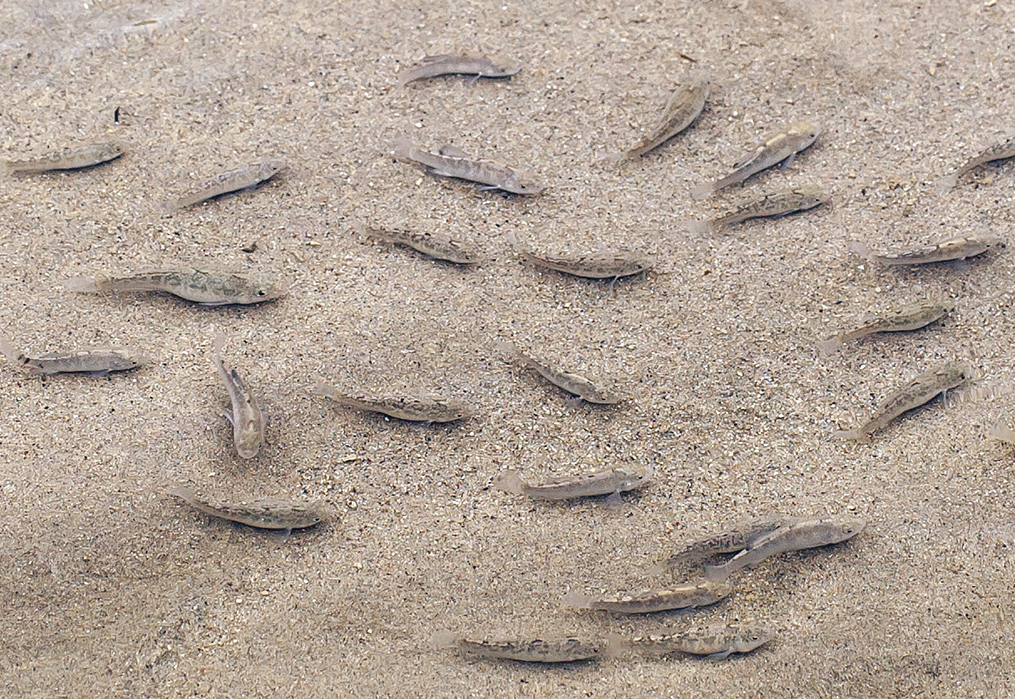 California’s wilderness areas preserve unique assemblages of scientifically important plants and animals. The White Mountains Wilderness preserve ancient stands of bristlecone pine trees, thought to be the oldest non-clonal organisms on Earth (they have the potential to live over 5,000 years!) The Channel Islands Wilderness protects a multitude of endemic organisms which are distinct compared to their mainland relatives, such as the island fox. Giant sequoia trees tower over visitors to the Sequoia-Kings Canyon Wilderness Areas, while campers in the Yosemite Wilderness may fall asleep to the chorus of endangered Sierra Nevada yellow-legged frogs. California’s rich biological communities are preserved, in large part, through the preservation of wilderness-quality lands that provide crucial habitat to these unique species.

The Death Valley Wilderness is California’s largest and hottest wilderness area. Temperatures soar to over 125 °F during the summer months and sometimes an entire year may pass without any measurable rainfall in some parts of the valley. The heat is unforgiving here. There is no shade, and in many places there are no plants. So it may come as a surprise that one species that relies heavily on the habitat preserved by the Death Valley Wilderness is in fact, a fish.

The Salt Creek pupfish (Cyprinodon salinus) occurs almost entirely within the Death Valley Wilderness. These fish are no bigger than an inch or two long when full grown. Their home, Salt Creek, is perhaps the most dynamic creek system that fish inhabit in the United States. During the winter and early spring Salt Creek winds up to 5 kilometers through the desert sands. Pupfish can often be seen throughout the creek, seemingly “playing like puppies” as described by eminent fish biologist Carl Hubbs, who first coined the name. During the summer Salt Creek is a quite different place: the creek is largely dry, and fish are confined to only a few large permanent pools in the upper section of the creek. These large, thermally-stable pools bear little resemblance to lower stretches of Salt Creek which can see temperatures in excess of 104°F (for reference, the temperature of a hot tub). Visitors brave (or crazy) enough to visit Salt Creek during the summer might find it hard to fathom that a few short weeks ago the dry creek bed they see was home to thousands of restless, breeding pupfish.

I set out nearly two years ago to understand exactly how fish use this unique creek habitat. Initially, I assumed that very few of the fish that colonize the lower stretches of Salt Creek escape unharmed each summer when those reaches evaporate. While it’s true that large numbers of Salt Creek pupfish perish each year as temperatures rise and the creek vanishes, I was amazed to find that pupfish are able to use these lower stretches of the creek for important parts of their life-cycle. Breeding takes place far more often in the lower stretches of Salt Creek compared to the refuge pools during the spring. Fish found in these ephemeral sections of the creek also grow faster, potentially enabling them to become more attractive to potential mates. The entirety of Salt Creek, even temporary sections, could play important roles in the maintenance of this California endemic species. Thankfully, the Death Valley Wilderness preserves this dynamic, ever-changing system and the fish that live there. 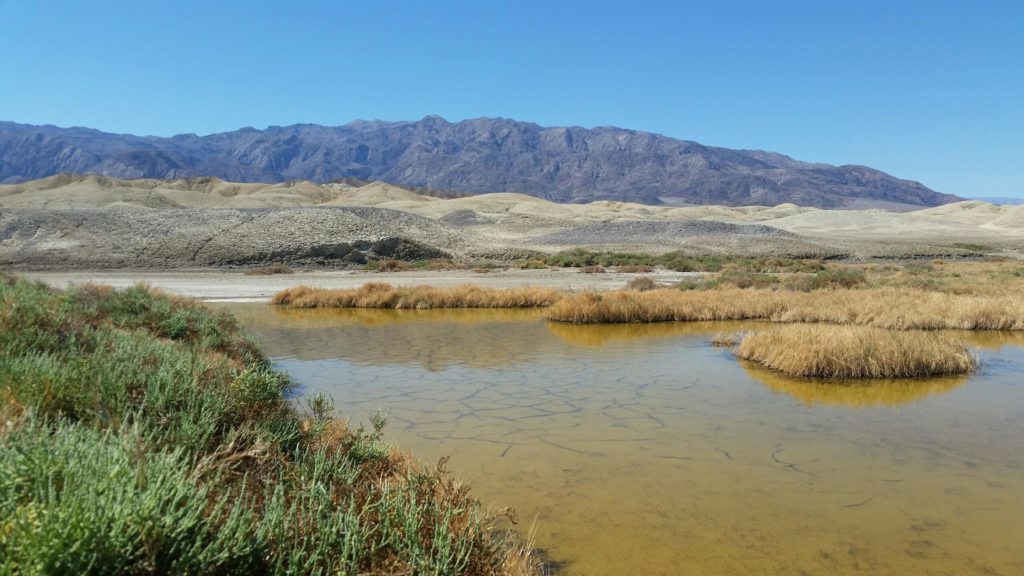 The Salt Creek pupfish is diminutive, too small to provide humans with a good food source or otherwise tangible resource benefit. However, studies of this fish and its remarkable environment could help scientists understand how other fish populations and streams could change as a result of climate change. This could help preserve other fisheries which provide food, recreation opportunities, and other benefits to humans. It is likely that other stream systems could come to resemble habitats like Salt Creek over time as climatic variability and temperatures increase as a result of climate change.

I am struck by the words of photography critic Nancy Newhall who once stated that, “Wilderness holds the answers to questions man has not yet learned to ask.” I share this sentiment, doubting that Herbert Hoover initially thought much about fish when he first proclaimed Death Valley a National Monument in 1933. However, to many, the pupfish have come to represent and embody Death Valley National Park and its wilderness areas. I think it’s likely that these small fish will help answer important biological questions, with the implications reaching far outside the boundaries of Death Valley.

California’s wilderness areas provide enjoyment, recreation, and refuge to millions of visitors each year. What they also provide is an opportunity to study and learn from pristine natural systems. These places will continue to provide us that opportunity so long as we are engaged in their continued preservation and stewardship.

Alexander Jones is a fish biologist at the School of Life Sciences at University of Nevada, Las Vegas. He can be reached at jonesa12@unlv.nevada.edu.

All stories by: CalWild
New River and Virgin Creek
Taking Stock of the Threat