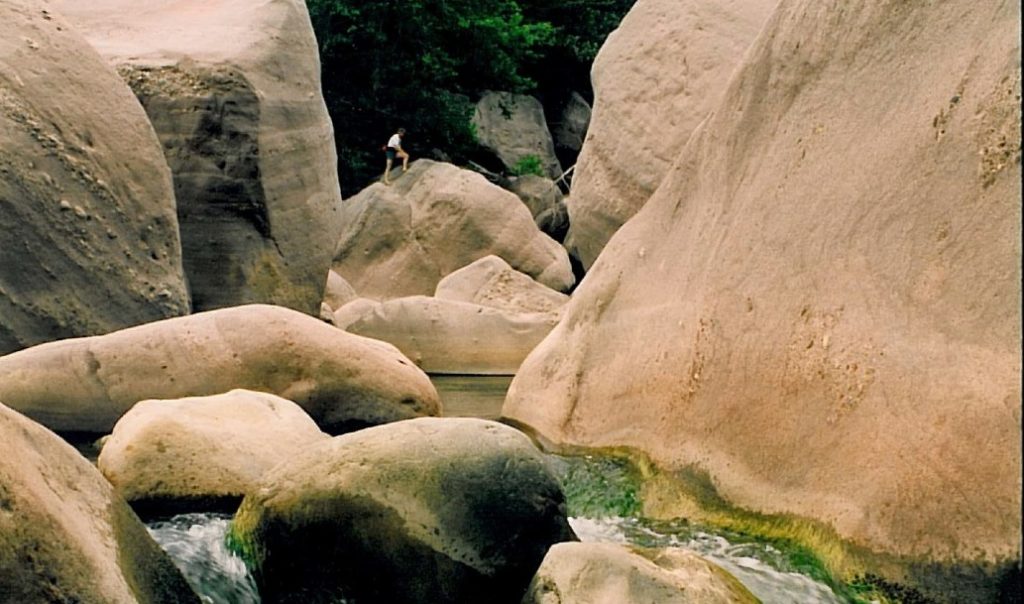 25 Years of Condors, Wilderness, and Rivers

June 19 marks the 25th anniversary of the signing of the Los Padres Condor Range and River Protection Act. This important legislation protected more than 400,000 acres of wilderness and 84 miles of wild and scenic rivers in the Los Padres National Forest in Ventura, Santa Barbara, San Luis Obispo, and Monterey Counties.

In comparison with our current polarized political zeitgeist, the Condor Range and River Act is remarkable because of its bi-partisan support. The bill was authored and shepherded through Congress by Republican Representative Robert Lagomarsino and Senator John Seymour.  Democratic Senator and public lands stalwart Alan Cranston played a key role in strengthening the bill and Republican Senator Pete Wilson helped develop the legislation prior to resigning his Senate seat to successfully run for Governor. After passing votes in the House and the Senate, Republican President George H.W. Bush signed the bill on June 19, 1992.

The bill was named the Los Padres Condor Range and River Protection Act because it proposed for protection critical habitat for the endangered California condor throughout California’s scenic Central Coast region. It was also one of the first bills to propose extensive wilderness and wild and scenic river protection in the same legislation. The bill established the Sespe, Chumash, Matilija, Garcia, and Silver Peak Wilderness areas and made substantial additions to the existing San Rafael and Ventana Wilderness areas. It also protected three wild and scenic rivers – Sespe Creek, Sisquoc River, and the Big Sur River. In addition, the bill directed the Forest Service to study portions of upper Sespe, Piru, Matilija, and Lopez Creeks, as well as the Little Sur River for possible wild and scenic protection.

Some of the key people and organizations responsible for the campaign that passed the bill included Alasdair Coyne and Keep the Sespe Wild (which led the campaign for Sespe Creek), Gene Marshall (a local proponent of the Sespe Wilderness), Sally Reid (a long-time activist with the Angeles Chapter Sierra Club and former Club board member), Friends of the River, and the California Wilderness Coalition.

Sally Reid died ten years after the passage of this landmark bill. But before she passed, her legacy of successfully protecting condor habitat as wilderness was underscored by a bizarre visit from these giant vultures. Reid’s husband Les was working on his computer in their home in Pine Mountain Club when he heard a racket. He stepped into the bedroom and was stunned to find eight California condors making themselves at home. The large birds had entered through a screen door and one condor was up on the bed, going through the blankets. The wildest denizens of the wilderness had come to roost in the home of the people who worked to protect the condor’s habitat.

The 1992 legislation not only helped protect condor habitat and encouraged the success of the condor recovery program, it also set the stage for future efforts to protect the wild places of the Central Coast. In 2012, Republican Representative Elton Gallegly introduced modest legislation adding to the Dick Smith, Matilija, and Sespe Wilderness and to establish the Condor Ridge Scenic Area. The bill also proposed wild and scenic river protection for upper Piru Creek, upper Sespe Creek, Mono Creek, and Indian Creek.

Even though Rep. Capps and Sen. Boxer both retired in 2016, the legacy of Central Coast protection will likely continue, as freshman Representative Salud Carbahal works with Rep. Brownley to prepare similar Central Coast protection legislation. This bill could be introduced as early as this June – a fitting tribute to the 25th anniversary of the Los Padres Condor Range and River Protection Act and the those who had the foresight to secure protection for our wild places.

All stories by: CalWild
Methuselah Trail
Sacramento Rallies for Monuments and AJR15